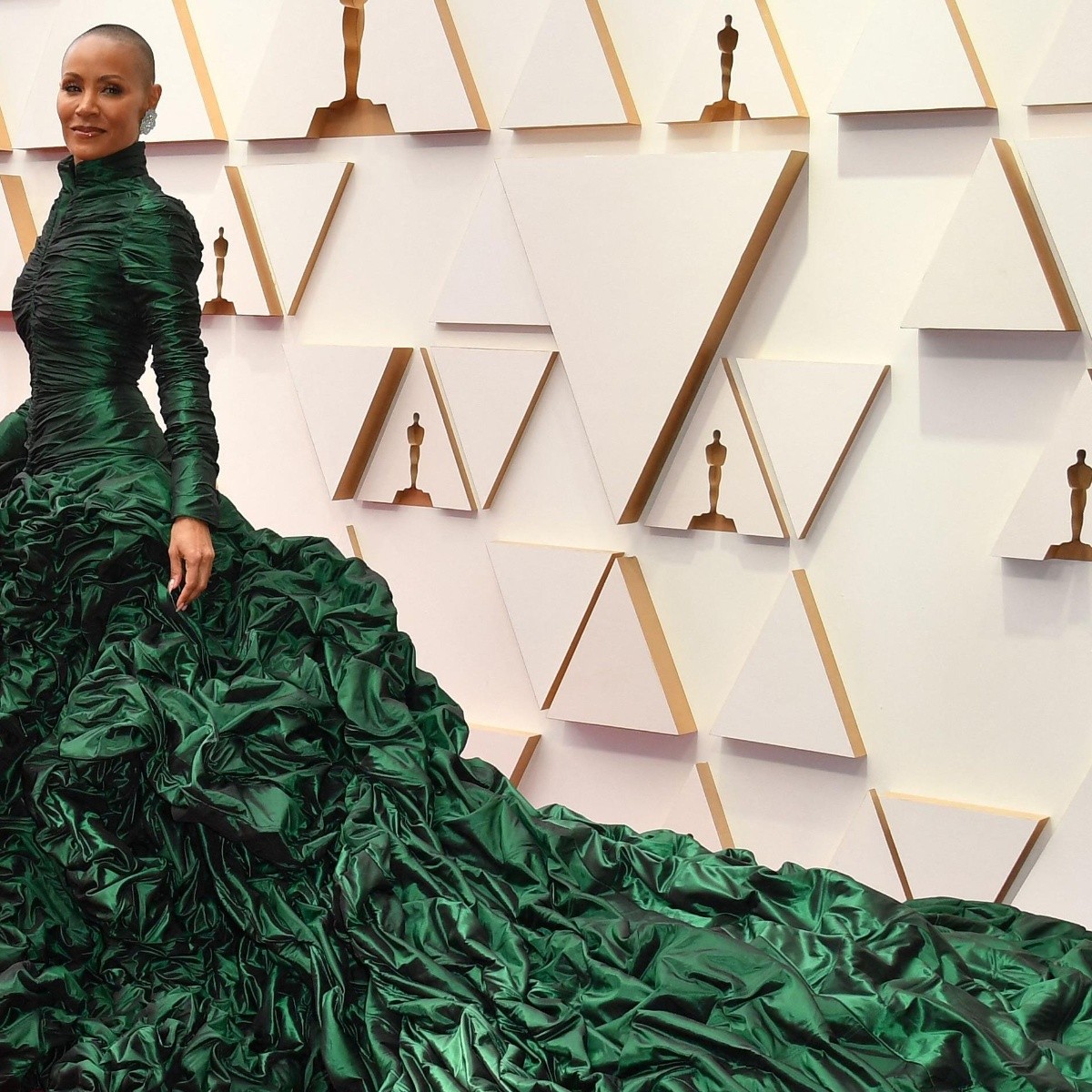 At the end of last year, the American actress, producer, singer, songwriter and businesswoman Jada Pinkett Smith, 50 years old, posted on her Instagram account a video where she showed up with her shaved head, in front of her millions of followers. The wife of Will Smith, winner of the Oscar Award for “Best Actor”, seems like taking her alopecia with humor. It is a condition manifesting by hair loss on the scalp or on any other part of the body.

Her illness was used by the comedian Chris Rock for a prank during the Oscar ceremony, carried out by the Academy of Motion Picture Arts and Sciences. And the actor’s comment was not to Jada Pinkett’s liking. Her husband, Will Smith, did not sit idly by, he went up on stage and slapped him in front of everyone present and in full live broadcast.

In that shared video, which has more than two million views, Jada Pinkett Smith showed how she has learned to deal with her condition. “Mom will have to cut it all the way down to her scalp, so no one thinks she had brain surgery or something, this baldness and I are going to be friends… period!”

In the video, Willow Smith’s mother expressed that “I can only laugh” and that she has been fighting against alopecia “and, suddenly, one day, look at this line here, look at that (pointing to a line in your scalp)”. With a touch of humor that characterizes her, she commented that she preferred to be the one talking about this situation, to avoid further speculations about her hair loss.

This was not the first time that Jada had spoken about her hair condition. In 2018, during her show “Red Table Talk” on Facebook, she confessed that this was something she had not wanted to talk about, because it was not easy to face. However, “I think the time has come to do it.”

I find myself struggling with hair loss issues, one day I was in the shower and all of a sudden I had handfuls of hair in my hands and I thought ‘oh my gosh I’m going bald’.

Could be interesting: What disease does Jada Pinkett Smith have that keeps her bald?

For Jada Pinkett Smith, it was a moment in her life where she was literally shaking with fear, “that’s why I hide my hair.” On that occasion, she also mentioned that she had found a treatment that stopped some of the hair loss.

This weekend, the Academy of Motion Picture Arts and Sciences presented the Oscar Awards, the most important awards in the film industry. The 94th ceremony took place at the legendary Dolby Theater in Los Angeles, California, USA.

In one part of the event, the comedian Chris Rock made a joke about Jada Pinkett Smith, seeing her with a shaved head. “Jada, I love you. ‘GI Jane 2,’ can’t wait to see it.” His words were not to the liking of Will Smith’s wife.

Chris made this joke by mentioning the 1997 movie “GI Jane,” which starred Demi Moore, who shaved her head to play the role of a Navy Seal candidate.

Will Smith came onstage and punched Chris Rock in the face with an open palm. Afterward, he returned to his seat and yelled at the comedian to leave his wife alone. Chris replied that he was just making a “GI Jane” joke.

Read more: “A tremendous silence, there was a lot of tension”, Eugenio Derbez reacted to the fight between Will Smith and Chris Rock

“Keep my wife’s name out of your (expletive) mouth,” he yelled at him. The crowd inside the Dolby Theater fell silent, realizing this was not a performance. Through social networks, people have spoken in favor and others against the protagonist of the series “The Prince of Rap”.