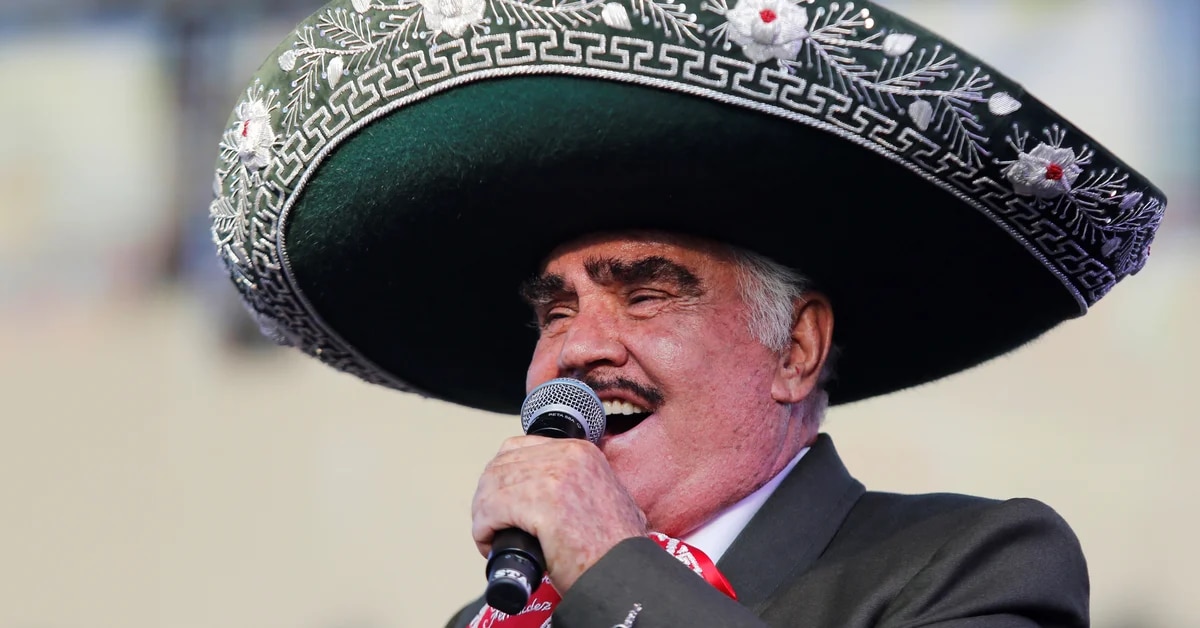 The anecdotes around Vicente Fernández and his time in the Mexican entertainment world continue to emerge, because with a career of more than 60 years on stage, the late interpreter lived with a considerable number of artists and attended countless television programs.

One of them was the show Iberoamérica va, a night program hosted in the 90s by Verónica Castro, where the so-called king of the rancheras came once and was the subject of a joke that the host played on him red-handed.

And is that the production of the late show put a hidden camera in Chente’s dressing room so that the actress would ‘chatter’, as she told it, with something that could bother her.

In the video we see how the protagonist of soap operas such as Wild Rose and Valentina arrives at the interpreter’s dressing room to tell him that the audio from the mixer was not working in the most optimal way, so that he would have to present himself with ‘tracks’ and do playback, that is, to emulate that he sings with the track in the background, to which Fernández answered a resounding no.

We put a Scottish camera on it. It was a very funny and very cool joke.

There is a big problem because fpijate that I do not know what happens to the machine where they put the pitas and the live audio does not work, and then that you would have to work with playback

“I neither bring tracks nor do I bring playbacks. And I don’t know the songs, ”said the man who died at 81 years of age due to respiratory failure after four months of hospitalization at the Country 2000 hospital.

“I sing a song and if I forget, I follow him, but not with plabacks,” he explained. The so-called queen of soap operas insisted that she would have to go out and emulate that she sings, to which Vicente explained that, in addition, she sings in different tones when recording and when she performs live, and a second reason is that “as she doesn’t “, He does not know how to move his” snout “to make him sing, as he explained at the time that was recorded on video.

Besides that I record very loud, and as I never do …

“So I don’t even dress (as a mariachi). If it doesn’t go live, what do I do? I don’t know how to sing in playback. When I make movies, then I do, but if I’m wrong there is a cut, it comes again, and there is no way of not being cut and cut ”, said the charro from Huentitán, referring to the fact that he preferred not to go on stage to have to lip-sync. Fernández continued explaining that he did not even know all the songs he has recorded, since there were more than 400 and he was never going to finish learning all of them. Finally, Cristian Castro’s mother began to laugh and thus the charro realized that it was all a joke for the program.

For example, I recorded 18 songs last week, when I’m in the car I study them again… imagine 450 songs that I have recorded, how?

After the joke ended, the famous commented:

Good for you to see that I do not know how to lie.

“That speaks highly of you, this program is very hard because it is live, you have to go out, people will like you, well dressed, answer very well, sing live, a lot of things. Vicente never sings in playback.

“I respect those who do it, but I have always said that it is a hoax to the public and apart from the one who was saved, as it was almost time for the program because I was scared. There was no audio, if you give me that little time because I assure you that what I would have tried to do I would not have aired.