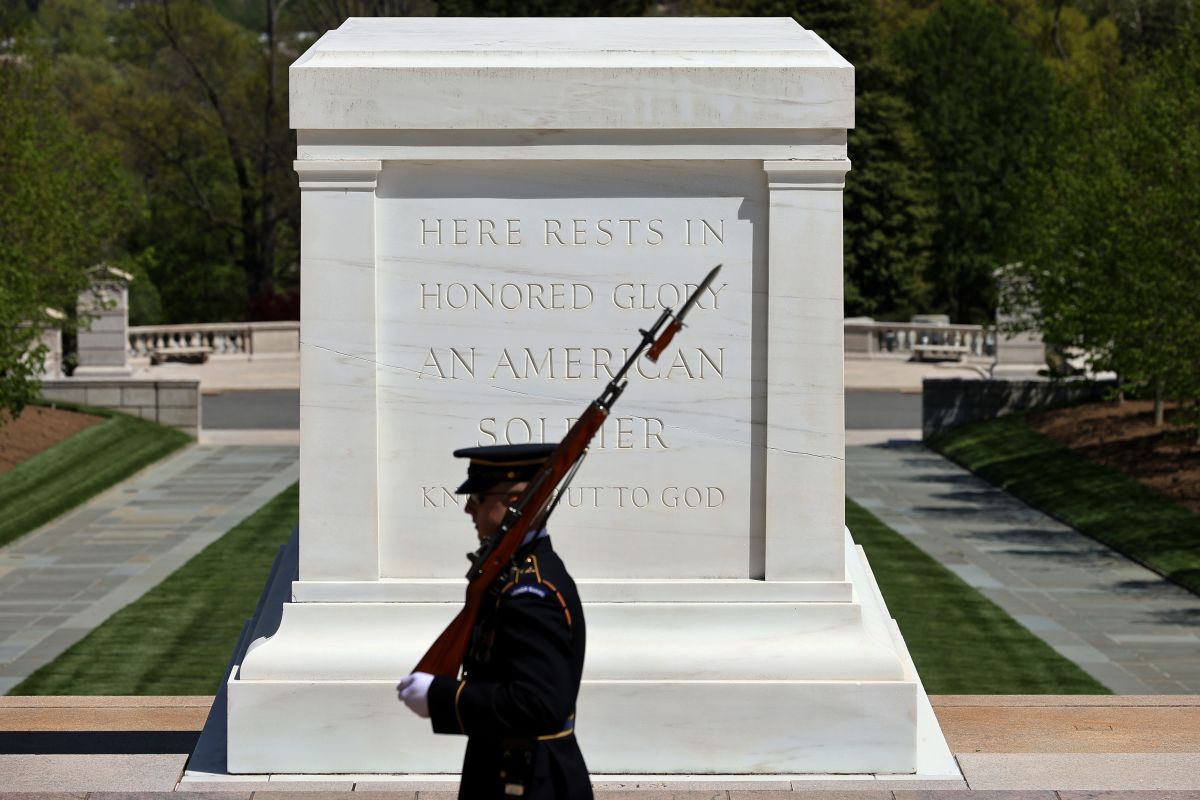 WASHINGTON – The Tomb of the Unknown Soldier at Arlington National Cemetery on Virginia It will open to the public next week for the first time in 73 years, coinciding with the centenary of the monument.

This was announced this Friday by the spokesman for the Department of Defense John kirby at a press conference, where he specified that the tomb will be accessible to the public on Tuesday and Wednesday.

“The American public will be able to follow in the same footsteps as the grave guards and lay flowers for the unknown soldier,” Kirby said.

On Thursday there will be a parade to commemorate the centenary of the monument, over which 17 military aircraft will fly.

The Tomb of the Unknown Soldier was created in 1921 after US Sergeant Edward Younger chose a coffin with the remains of an unidentified US serviceman, who died during World War I, to place in a marble sarcophagus in Arlington, outside of Washington DC.

The mausoleum represents all the unidentified soldiers of the country who have died in the wars in which the US has been involved. Similar monuments exist in some 60 countries of the world.

Since 1948, a special military guard charged with preventing visitors from approaching the tomb has always been posted at Arlington’s Tomb of the Unknown Soldier, after it was open to the public for decades.

The New York Times newspaper recalled this Friday that during the time when access was free, people did not always behave with decorum, since sometimes there were people who had picnics around the grave, which on occasion served as a makeshift table for food, and it was even the scene of the occasional love affair of lovers.