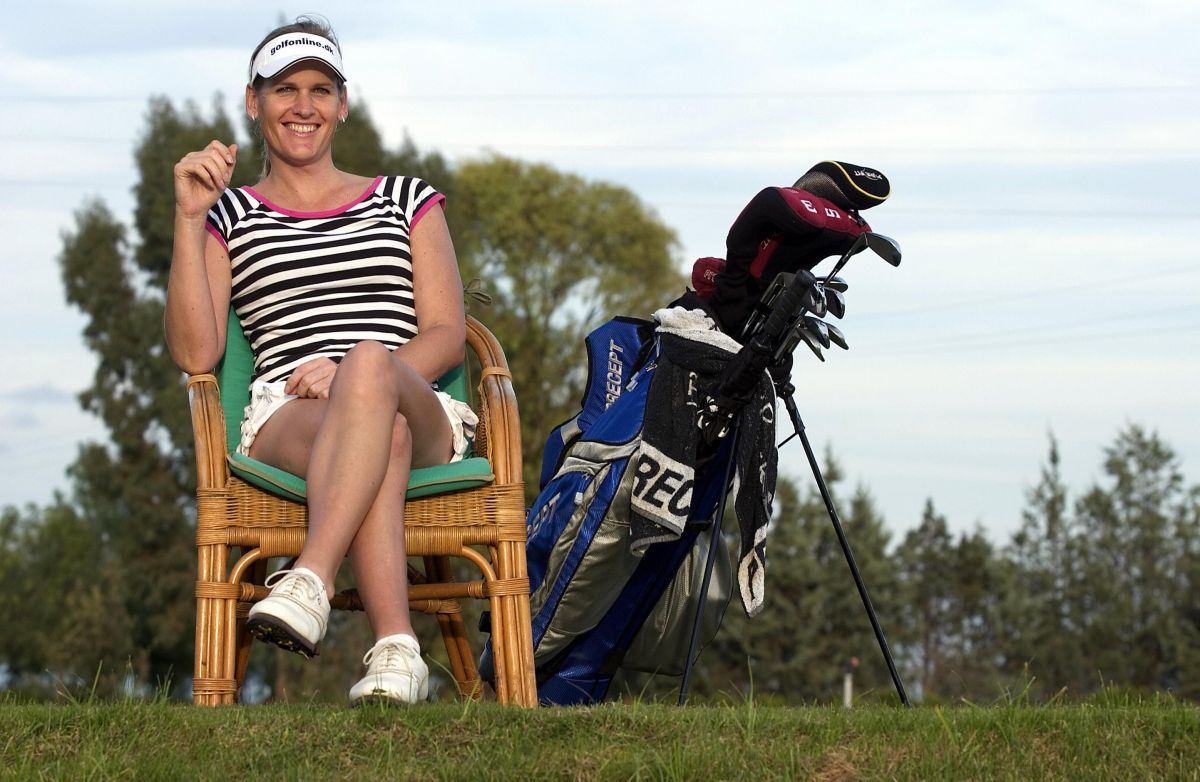 Joana Harper, a transgender athlete and researcher who has advised the International Olympic Committee, has a possible solution to the dilemma facing women’s sport with athletes who have changed gender.

This story begins more than half a century ago, when a six-year-old boy in a small town in Canada asked his friend if he had ever wanted to live life as a girl.

His friend’s reaction, of shock and rejection, was enough for the boy to never ask anyone else that question again.

It was the 1960s and Joanna Harper had been born with a male body. She had been named after her father, and from very early on, she knew her identity was different.

A girl in the body of a boy. Joanna describes it as being left-handed in a world designed for right-handers.

He used to play with his sister’s toys, and had an interest in women’s clothing, but could never articulate his thoughts beyond that.

It was the ’60s, after all, so who was going to give Joanna gender identity advice back then? Who, especially in the small town of Parry Sound, about 150 kilometers north of Ontario where she lived.

So Joanna kept those thoughts to herself and distracted herself with the sport. Running came naturally to him. She ran every day, twice a day.

Her father was the head of the physical education department at the local school, and by the time she reached adolescence, Joanna was already better than her father at long-distance running.

He was also excellent academically, especially in science. When he graduated from school, he was the best athlete in the district.

In college, where she studied science, Joanna joined the cross country team. By the time she reached age 25, she was among Canada’s top 20 long-distance athletes.

And although the sport helped him avoid thinking about his identity, he always knew that he was transgender.

“I always knew I was a girl, despite having lived all those years as a boy,” he says.

After graduating, Joanna began working as a research scientist at a large medical center in the US.

It wasn’t until 2004, when she was well into her 40s and after the deaths of her father and sister, that Joanna began hormone therapy to begin her physical gender transition.

Within a few weeks, she began to notice that she was noticeably slower and after nine months of therapy she was running 12% slower than before. According to a study by RunRepeat, men run marathons 11% faster than women.

“I naively thought that meant I would be accepted into women’s athletics,” says Joanna.

It was not the case. Very few in the athletics community said it to her face, but Joanna heard things. Many women felt that she still held an unfair advantage because of her former male physiology.

Around the same time, discussions of transgender athletes in professional sports were starting to make their way into mainstream conversations.

In 2005, both the International Olympic Committee and the US track and field governing body announced that they would allow athletes to compete under the gender they identify with, but only after they had undergone surgery and been at least two years on hormone replacement therapy.

“This hooked me intellectually,” she says, “as a scientist, I always wanted to analyze the performance of transgender athletes.”

Despite not having specialized in sports science up to that point, Joanna used her academic background in medical physics to collect data.

She began looking for trans (male to female) athletes and eventually managed to collect performance data on eight distance runners, before and after the gender transition.

In 2015, Joanna published the first peer-reviewed study of transgender athletes, which found that trans women who had hormone therapy to lower testosterone levels had no advantage over born female athletes in long-distance running .

Some criticized the study’s sample size, arguing that eight people was too few to reach a conclusion, while others, such as geneticist Eric Vilain, called the study “landmark.”

Joanna expanded her study into an autobiographical book, Sporting Genderand in 2019 began studying for a PhD at Loughborough University of Sport, Exercise and Health Sciences in the UK, specializing in trans athletes.

Their most recent study, published by the British Journal of Sports Medicine, found that levels of hemoglobin (the protein that carries oxygen in the blood around the body) in transgender women reach levels equivalent to those of biological women after about four months of hormone therapy.

However, their study also found that trans women’s body mass and muscle mass remained above that of biological women for at least 36 months after starting the hormones.

“I am in favor of protecting the female categories,” says Joanna. “If you look back over the last 100 years, you will see that the rise of women’s categories in sport is one of the most important components in women’s fight for equality with men.”

It adds that the International Olympic Committee only included women from the 1928 Games in Amsterdam, and at that time they only participated in five events.

The atmosphere of conversations around transgender eligibility in sports is charged and highly emotional. In 2018, trans cyclist Rachel McKinnon said she received more than 100,000 hate messages on Twitter after winning the world championships.

In 2021, when Laurel Hubbard became the first transgender athlete to be chosen to go to the Olympics, there was controversy.

“Anyone who has ever done high-performance weightlifting knows in their hearts that this is true: This particular situation is unfair to the sport and unfair to athletes,” Belgian weightlifter Anna Vanbellinghen complained of Laurel Hubbard before the Tokyo 2020 Games.

“Once-in-a-lifetime opportunities are missed for some athletes (medals and Games qualification) and we can’t do anything.”

Before the Games, Joanna believed that Hubbard would not have an advantage because powerlifting is divided into weight classes.

This means that athletes are divided and compete in subdivisions that are determined by their body mass. Hubbard would end up failing to qualify for the +87kg powerlifting final in Tokyo.

“However, we are at the beginning of these studies. The truth is that it will take us about 20 years to have accurate data on trans women in elite sports.

In 2019, Joanna advised the International Olympic Committee on how this could work in the future.

“Appropriate eligibility requirements are needed for each sport. The lowest level of testosterone in men is four times higher than the highest in the female level,” she explains.

“Eligibility should include a biomarker or several to divide athletes.”

One of those biomarkers could be the level of testosterone, he suggests.

“Instead of dividing into binary categories of men and women, there could be a division by testosterone levels: high or low levels.”

In theory, this would incorporate intersex athletes, such as the South African long-distance athlete Caster Semeya, who has naturally high levels of testosterone.

In 2018, Semenya was banned from competing in the Olympics after the world athletics regulator ruled that “in order to ensure fair competitions, women with naturally high levels of testosterone must take testosterone-lowering drugs when competing in competitions. middle distance races.

In 2021, athletic stars Christine Mboma and Beatrice Masilingi were banned from the 400m race at the Tokyo Olympics due to their naturally high testosterone levels.

However, the existing rules are limited and only apply to athletes who compete in middle distances: 400m, 800m and 1500m races.

This means that 100m runner Dutee Chand, who also has naturally high levels of testosterone, was able to participate in Tokyo.

“But I am aware that the category ‘woman’ is very important to many women,” adds Joanna. “What would be ideal is if we could find a way to integrate trans athletes into women’s sports in an equitable way for everyone.”