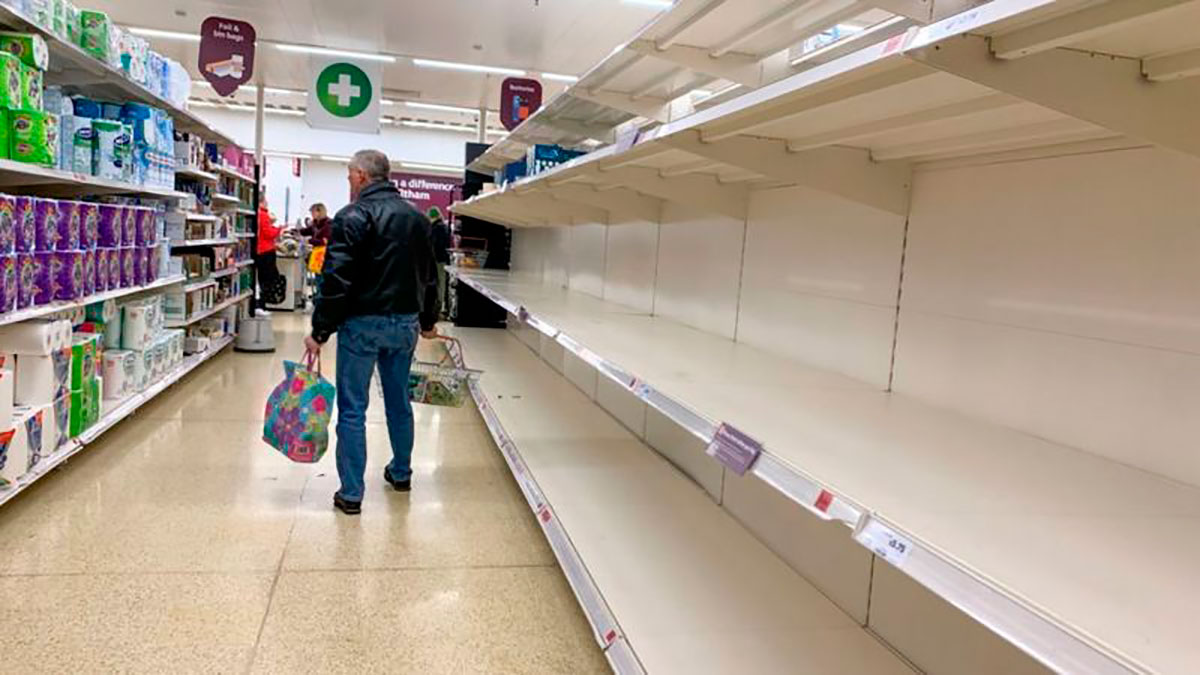 Everyone over 50 remembers the year when in the United Kingdom trash piled up in the streets and graves were left unexcavated. With Boney M and Gloria Gaynor dominating the airwaves and Superman as the great Christmas movie, there was no one who could save Jim Callaghan’s ailing government from impending collapse in 1978-79. Those famous conservative election posters that would soon say that labor doesn’t work they summed it up with devastating simplicity.

Eighteen months after the covid pandemic, another very difficult winter seems increasingly likely, with fears about a resurgence of the virus combined with rising inflation and an energy and supply chain crisis.

So what can we expect and how significant are the parallels to the 1970s?

We asked finance and economics specialist Steve Schifferes to explain. What are the main threats this winter and how do you see them?

The first is the pandemic itself. There is still a large volume of cases.

We don’t have as many deaths or hospitalizations as in previous waves, but the onset of winter, coupled with the more infectious nature of the delta variant and the fact that many people are not yet vaccinated, could mean more restrictions.

When Boris Johnson recently announced a “plan B” with more restrictions, nothing was ruled out and masks and remote work were mentioned as possibilities. This potentially means more economic disruption.

Other economic problems have arisen during the recovery. As the recovery has been faster than expected around the world, commodity producers are struggling to keep up, leading to a surge in global commodity prices.

The biggest problem is the prices of the oil and gasas UK wholesale gas prices have almost tripled since early 2021.

Gas remains one of the main components of the UK energy mix, so consumer prices have risen significantly.

Meanwhile, many companies are affected. For example, steel and fertilizer plants have had to shut down temporarily and several energy companies have already gone bankrupt, and several more could be in trouble if they have many clients with fixed rates and very little room to make a profit at current prices.

3. Shortage of products and workers

Meanwhile, a shortage of everything from truck drivers to carbon dioxide is causing problems in retail and hospitality. We see supermarket shelves increasingly empty.

The Brexit It has made the whole situation worse because many workers in the food supply chain came from the mainland and no longer have permits to work in the UK.

The government’s idea that British workers will rush to fill the void is misplaced. Even if they could train on time, many British workers, having been laid off or working from home, are not as interested in jobs poorly paid with long hours and irregular.

To many pubs and restaurants it’s hard for them stay openEither because they can’t find enough workers or because of a shortage of supplies. Employers in industries like hospitality and transportation already have to offer higher wages to attract staff.

Price and wage increases are producing higher inflation data. Whether or not this is temporary depends on people’s expectations. If people start expecting more raises, as they did in the 1970s, their behavior will change. Businesses will raise prices and more workers will want higher wages, causing an inflationary spiral.

To keep the economy buoyant in recent years, the Bank of England cut interest rates to record lows and pumped huge amounts of money into the economy in the form of quantitative easing.

If you have to change direction due to higher inflation, this could have a huge effect on asset prices, from stocks to housing, as they have all grown for cheap money.

How do all these challenges affect UK public finances?

We are already seeing signs that the government is taking steps to try to improve public finances ahead of the critical three-year spending review and budget on October 27.

The national insurance tax to fund the NHS (public health service) and social care reform is an obvious example, and so is the decision not to make the £ 20 (US $ 27) universal credit increase permanent. .

These decisions push more people into poverty, as well as the end of the aid program (furlough scheme).

Meanwhile, the decision to temporarily remove the income-linked element of the “triple lock” may permanently reduce the generosity of the state pension. (The “triple lock” is the system with which the British government adjusts pensions every year. It does so taking as a reference the one that increases the most of these three values: the revaluation of wages, inflation or 2.5%) .

And the chancellor has already announced tax increases for businesses beginning in 2023. Overall, almost all sectors face tax increases or benefit cuts, although the super-rich appear to have largely escaped unscathed.

Despite these tax increases, Sunak appears to be setting very ambitious targets to stabilize public finances, which will likely require more additional cuts.

Public sector pay is likely to drop, as was the case in the last spending review. If it is frozen again and if inflation remains high, this will translate into a significant pay cut in real terms.

However, there are many other, even less visible ways that you can raise revenue or cut expenses. We could see an increase in tariffs, for example in gasoline taxes or in highway prices, as part of the green agenda.

The stage is also set for a major conflict between Johnson and Sunak over the “leveling” agenda (to reduce regional inequalities). So far, the government has spent relatively little on this flagship agenda, except for the hugely expensive and long-delayed HS2 rail service.

With former Bank of England chief economist Andy Haldane recently appointed permanent secretary to implement such an agenda, this is going to get interesting – his view is that if government is serious, it will have to commit long-term to spending far more than investment. on the HS2.

In the 1970s, a series of economic crises caused major problems for the (Edward) Heath and (Harold) Wilson / Callaghan governments. The OPEC decision in 1973-74 (and later in 1979-80) of cutting oil production to drive up prices hit the British economy hard, forcing the Labor government to turn to the IMF and cut public spending.

The unions were much stronger than today and much closer to the government. The failure of the government to persuade them to moderate their wage demands at a time when inflation was actually on the rise – it spent most of the second half of the 1970s in double digits – led to widespread strikes during the “Winter of discontent” and paved the way for Margaret Thatcher’s victory in 1979.

With rising world energy prices again adding pressure at a time when public finances are strained, we could well return to the stagnant living standards of the last decade.

Poverty and inequality may increase and we will probably see strikes. There will be similarities and differences to the 1970s, but a new version of the winter of discontent could really be at play.

*Steve Schifferes is an honorary researcher at the Center for Political Economy Research and Professor of Financial Journalism (2009-2017) at the City University of London.

This artThe article was originally published in The Conversation. You can read it in English here.