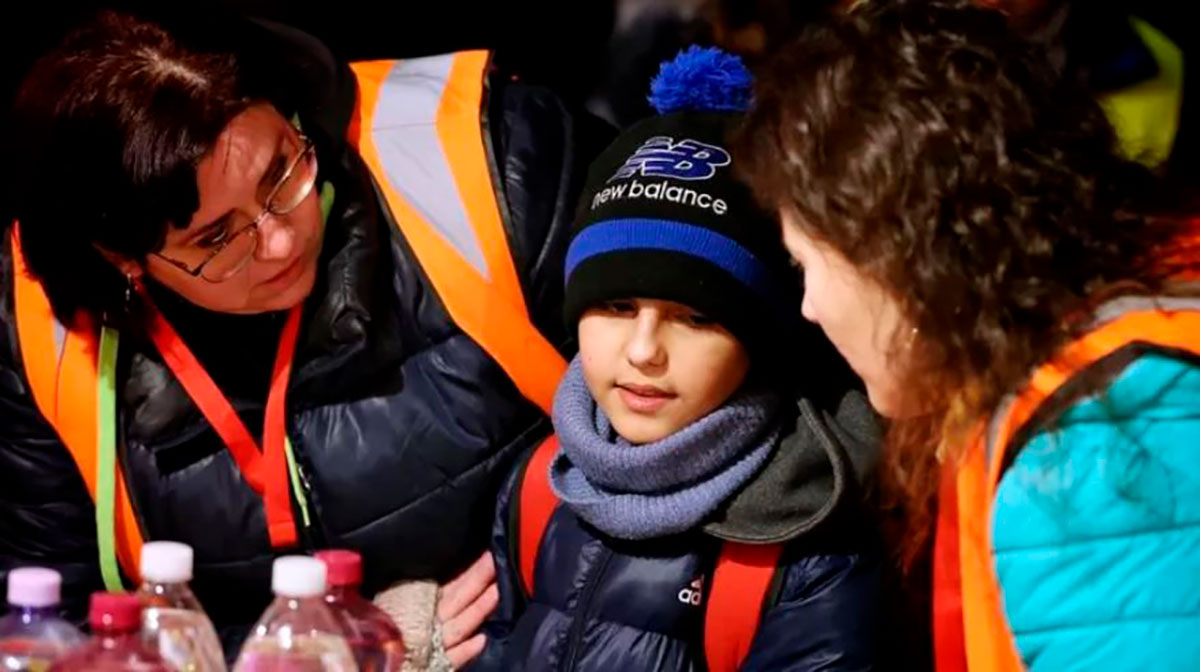 After traveling some 1,200 kilometers from eastern Ukraine with his relatives’ phone numbers in hand, Hassan arrived safely in Slovakia.

At just 11 years old, he undertook the exodus alone from his home in the Ukrainian city of Zaporizhzhia because his mother could not leave his elderly mother. She herself put him on a train in hopes of keeping him safe.

When Hassan finally reached the Ukraine-Slovakia border, customs officials helped him cross. They also referred to him as “a true hero.”

The boy was carrying a plastic bag, a small red backpack on his back and his passport. He was taken in by volunteers who gave him food and drink while border officials located his relatives in the Slovak capital Bratislava.

In a video released by the Slovakian police, his mother thanked everyone for taking care of her son and explained the difficult decision to send him on a trip across the country amid the Russian invasion.

“Next to my city there is a power plant that the Russians are bombing. I couldn’t leave my mother, she can’t move on her own, so I sent my son to Slovakia,” said Julia Pisecka, who is a widow.

The Zaporizhzhia nuclear plant is the largest in Europe. It was seized by the Russian military over the weekend, after attacking it by setting a fire.

Ukraine’s President Volodymyr Zelensky has warned that it could have caused destruction on a much larger scale than the Chernobyl disaster in 1986.

Hassan is one of more than 2 million people who have fled the Russian-caused war in Ukraine. Some 1.2 million have arrived in Poland, while 140,000 have moved to Slovakia, according to the latest UN figures.

On the verge of tears, her mother pleaded for the children of Ukraine to be given a safe haven.

A Slovak Interior Ministry official said Hassan had won over everyone at the border with his smile, bravery and determination.

The official said he used the phone number written on the boy’s hand, as well as a piece of paper in his pocket, to communicate with relatives in the Slovak capital.

Interior Minister Roman Mikulec met Hassan on Monday and said he and his brothers had already applied for temporary protection in Slovakia.