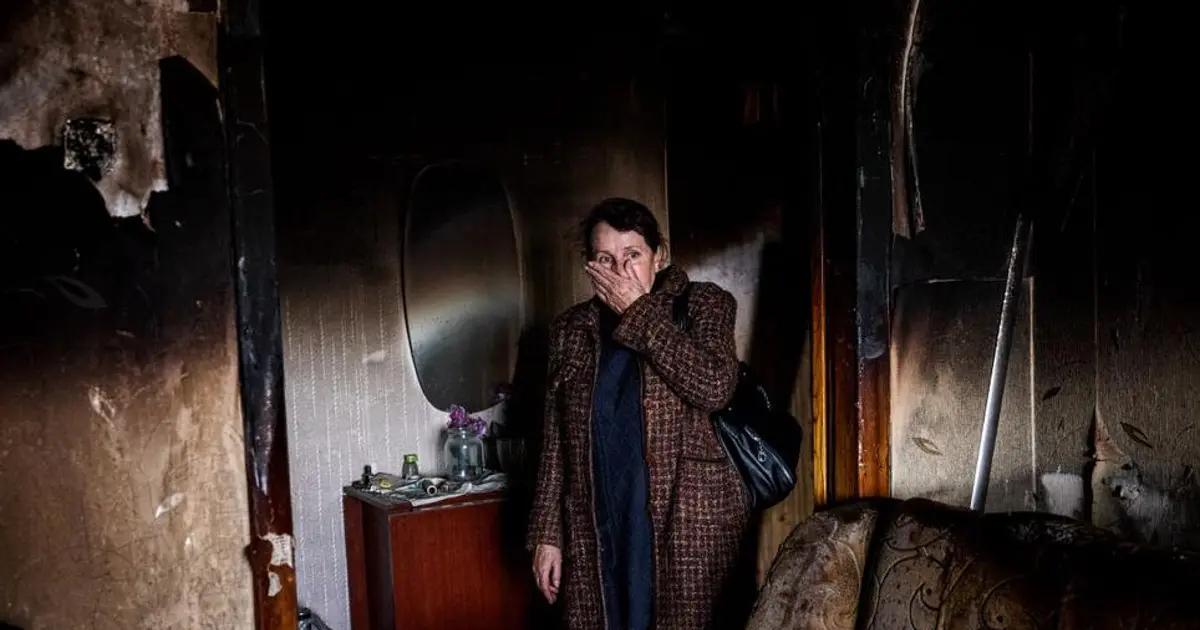 Liudmila Kharchenko left her apartment to look for bread in the Ukrainian town of Bajmut, a scene of fierce fighting, but when she returned she found her house in ruins because of a missile still hot at the foot of her sofa.

The 63-year-old woman usually does not leave home because of the fierce fighting between Ukrainian troops and Russian forces in this eastern Ukrainian town.

But that day she was ready to go out, putting on some lipstick and taking her shopping bags with her.

“I got a call telling me they were distributing bread, so I went,” says this retiree.

When she arrived, her neighbors told her that her building had been hit.

“I ran home, hoping they had made a mistake. But when I arrived, I saw the disaster,” she says, noting that this exit saved her life.

In front of a small wooden chest of drawers that is miraculously intact, even preserving a violet in a pot, Kharchenko puts his hand over his mouth and chokes back a sob.

Firefighters arrived around 11:00 a.m., about 20 minutes after the impact, and put out the fire that left the walls of the two-room apartment in a blackened residential complex in northern Bajmut.

Smoke is dissipating from the hole left by the missile’s impact, and a patch of blue sky is visible.

The head of the Smerch missile, which is more than five feet long and painted in camouflage, is lying on top of the remains of a charred carpet.

At the other end of the room, another cylinder of the same size could be the product of a rocket launcher fire.

The explosion ripped off the paintings hanging on the walls and a gold-framed portrait of the woman and her husband landed on the sofa, right on top of the missile.

Kharchenko ventures a couple of steps inside the apartment and stares with her tear-flooded blue eyes at a hole in the ceiling.

“I paid for this apartment with sweat and blood,” he says and then enters a calm, shock-like state as he gathers some belongings to leave for his son’s house, which is in another part of town.

“Thank you all for putting out the fire, don’t worry about the debris, I’ll take care of that,” she says.

According to municipal authorities, about half of Bajmut’s 70,000 inhabitants refused to be evacuated, despite daily fighting and artillery attacks.