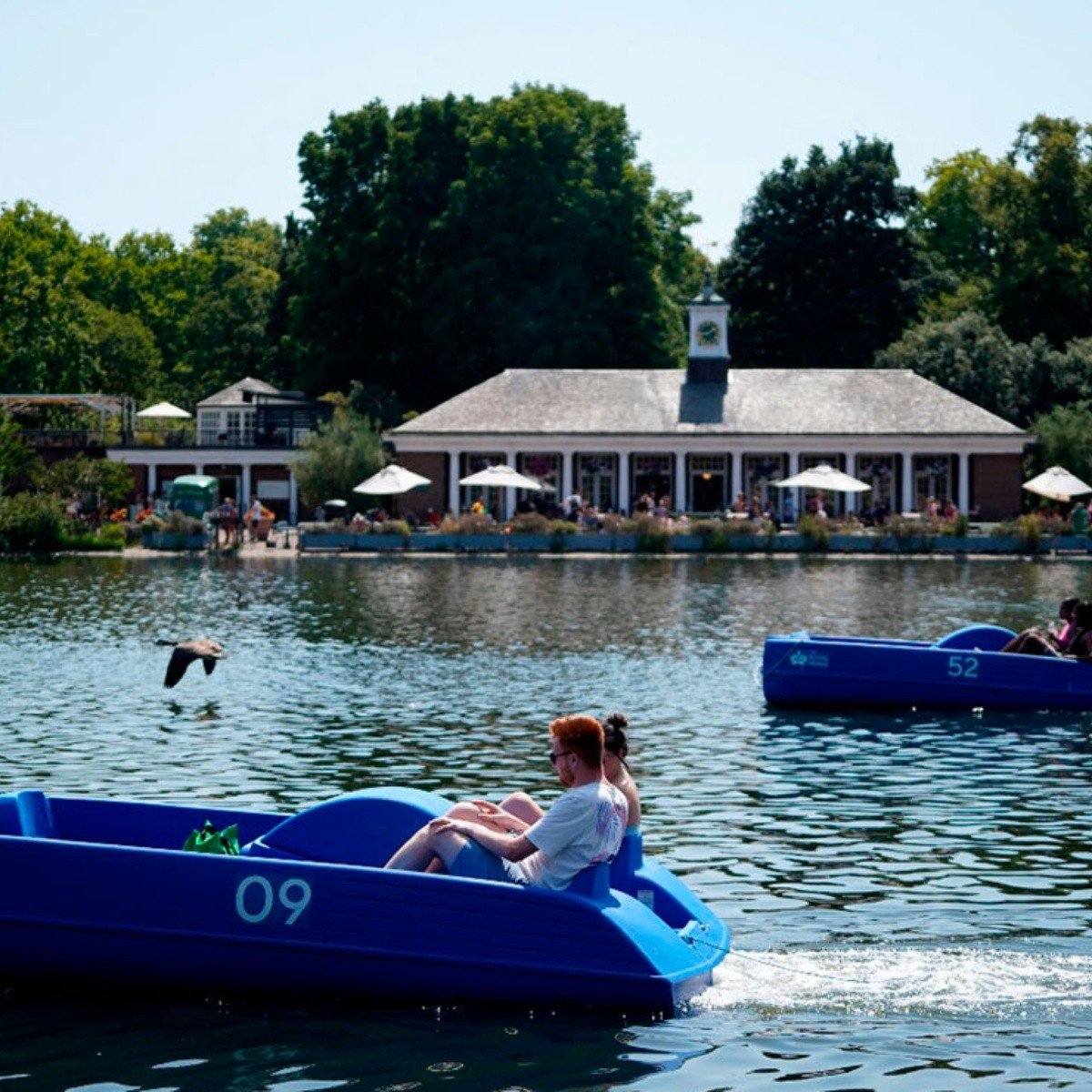 United Kingdom.- The heat wave that plagues Western Europe broke historical records with the high temperatures in the United Kingdom which exceeded 40°C for the first time, causing forest fires that devastate the Iberian Peninsula.

At Heathrow Airport, west of London40.2ºC were recorded, the British meteorological agency reported around 1:00 p.m. local time, noting that it is the first time that threshold has been exceeded in the country.

The record It arrived just an hour after they were reached in the town of Charlwood, near London’s Gatwick airport, 39.1ºC before noon.

This is the second heat wave suffered Europe in just one month. Its increase is, according to scientists, a direct consequence of the climate crisis, since greenhouse gas emissions increase in intensity, duration and frequency.

In Spainwhere the extreme heat wave began nine days ago, the fires persisted, especially in the province of Zamora (northwest), which already suffered a major fire a month ago.

According to regional authorities, almost 6 thousand people had to be evacuated.

Rail traffic remained suspended between Madrid and Galicia, a northwestern region known as one of the largest wolf reserves in Europe, where almost 30,000 hectares of land had already burned in a fire earlier in June.

After several days in which 40ºC were exceeded in much of the country, the Spanish meteorology agency announced a slight truce.

But the thermometers had to remain close to 40ºC in some areas and rise again from Wednesday, especially in Madrid and Andalusia. 44ºC could be reached again in Seville this weekend.

Johnson accused of not taking it seriously

Already on Monday the temperature had risen in the east of England up to 38.1 ° C, the third highest in the history of the country, which that day experienced its hottest night, according to the Met Office. In some places the mercury did not drop below 25ºC.

Boris Johnson’s government was accused of not taking the phenomenon seriously after the prime minister skipped an emergency heatwave meeting on Sunday and attended a farewell party instead.

The heat wave It seemed to move to northern Europe on Tuesday, where the Netherlands was due to register 39°C, approaching its national record (40.7°C in 2019).

In Belgium, major museums were offering free admission to those over 65 so they could escape the heat.

The temperatures They were also expected to reach 40ºC in western Germany, where fear of drought led the president of the farmers’ association, Henning Christ, to warn of “major losses” in food production.

In France, after the many heat records recorded the day before, such as 42°C in Nantes (centre-west) or 42.6°C in Biscarosse (southwest), temperatures were expected to drop slightly.

The country continues to face two major fires in the Bordeaux region, which have already destroyed 19,000 hectares of forest and caused the evacuation of 16,000 people.

More than 1,400 firefighters continued to fight the fires also in central and northern Portugal, despite the sharp drop in temperatures recorded in recent days.

The two most worrying fires occurred in the Vila Real region, in the far north of the country.

One of them caused the evacuation of 300 people on Monday night. A couple in their 70s died in the area after driving off the road while trying to escape the flames in their car.

About half of the territory of the European Union is currently under drought risk due to the prolonged lack of rain.

This puts countries such as France, Romania, Spain, Portugal and Italy at risk of seeing their agricultural yields reduced, the European Commission warned.


So original! Quinceañera goes viral for landing at her party from a crane