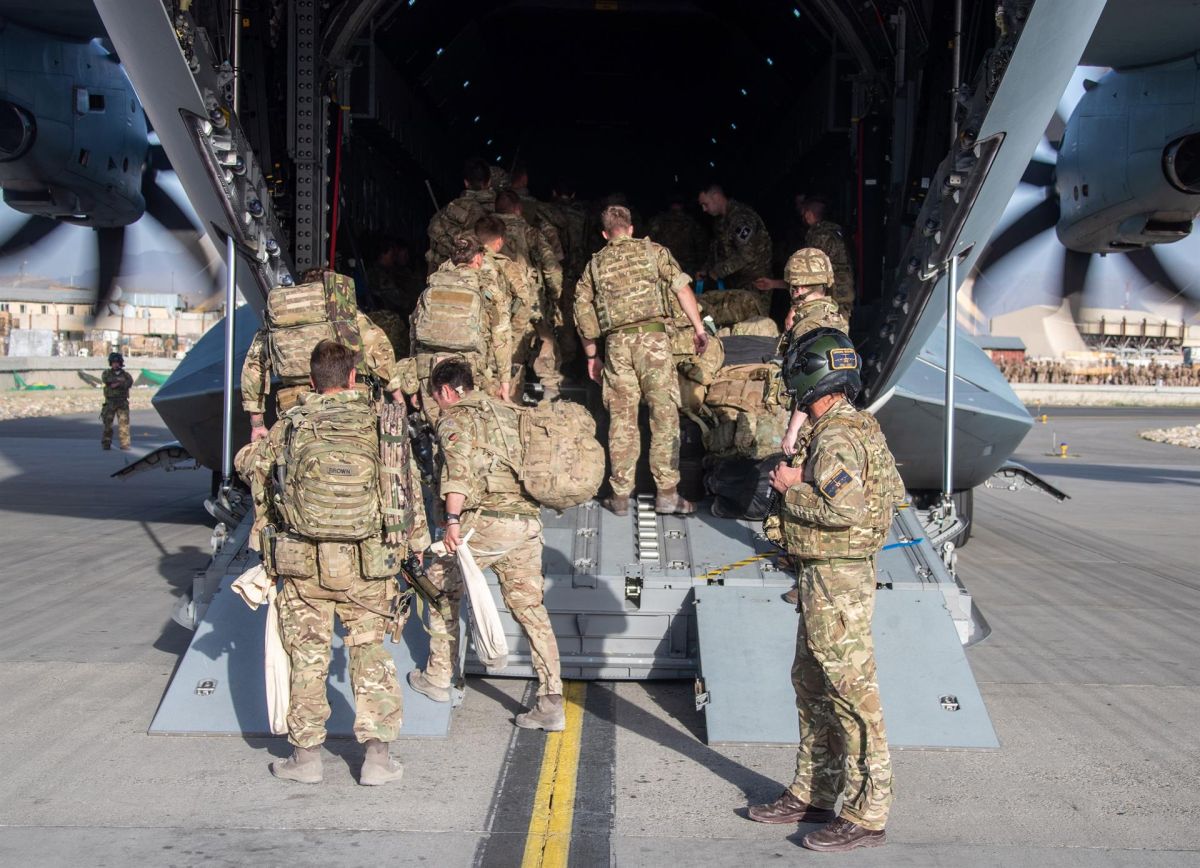 LONDON – The British Army concluded its civilian evacuation operation from Kabul on Saturday in its “Hardest phase” before the “anguish” of not being able to remove about a thousand Afghans linked to the United Kingdom, whose lives are in danger under the Taliban regime.

The Chief of Staff of the British Ministry of Defense, Nick carter, confirmed that the mission in Afghanistan is expected to close during this day, already in its last hours, and indicated that they are pending “Very few” citizen evacuation flights.

“We are reaching the end of the evacuation, which will take place during the day today and then, of course, it will be necessary to remove our troops”, confirmed to the BBC.

The United Kingdom troops operating in the area are not yet out of danger, according to this general, because in these final sections “Many things can go wrong.”

Among them, the possibility of possible incidents of “public disorder” is being considered due to the desperation of the civilian population to leave the country together with the very present “threat of terrorism” after the recent suicide attack.

“Troops operating on the ground have to be constantly alert and constantly thinking about how to deal with the threat,” remembered.

Carter confessed that not a single day goes by without him thinking about all those Afghans who will be hopelessly trapped: “I think we have done an extraordinary job to evacuate as many people as possible but I am afraid it is absolutely distressing not being able to get everyone out.”.

The pain marks this final stretch for the British Armed Forces, who do not stop receiving messages of help from Afghan nationals strongly related to the United Kingdom, who desperately ask for help to get out, terrified of what the future holds at the hands of the Taliban.

More than 14,000 evacuated since the start of the mission

The head of Defense of the opposition Labor Party, John healey, told Sky News this Saturday that “the brutal truth is that despite removing more than 14,000 people, probably another 1,000 Afghans who have worked with the United Kingdom for about two decades, who have helped British troops, humanitarian aid, diplomats, and those who were promised to protect, will be left behind ”.

For his part, the chairman of the so-called British Committee for Foreign Affairs, Tom tugendhat, advised today those still trying to access Kabul airport to “Absolutely forget” this option because it is too dangerous given the number of controls that you would find on the way.

“That they absolutely forget about trying to access the airport because each of these controls poses a danger where the Taliban or affiliated groups, drug traffickers or criminals could murder and have undoubtedly already murdered several people,” he said in statements to the BBC .

The British Prime Minister, Boris johnson, promised yesterday “Stir heaven and earth” so that those who wish to leave that country can do so beyond the 31st, the deadline set by the United States.

Since the beginning of the mission, on August 13, some 14,543 people – Afghans and British nationals – have been taken out of Kabul by UK troops, including approximately 8,000 locals and relatives who met the requirements for evacuation.

In addition to criticism from different sectors in the United Kingdom regarding the inability of the Government to assist in these critical moments the thousand Afghans who collaborated with this country, a recent information published by The Times, which left the government in a bad place, still causes astonishment. Foreign Office staff in Kabul.

As revealed by that newspaper last Tuesday, employees of the British legation were left at the premises of the United Kingdom embassy in the Afghan capital, in the rush to flee from the Taliban., compromising documents with the data of Afghan collaborators and the CVs of citizens of the country who applied for employment in that legation.

Those confidential papers identifying seven Afghans were found by a journalist from the aforementioned newspaper while militants of the Taliban regime were patrolling the vicinity of the building.