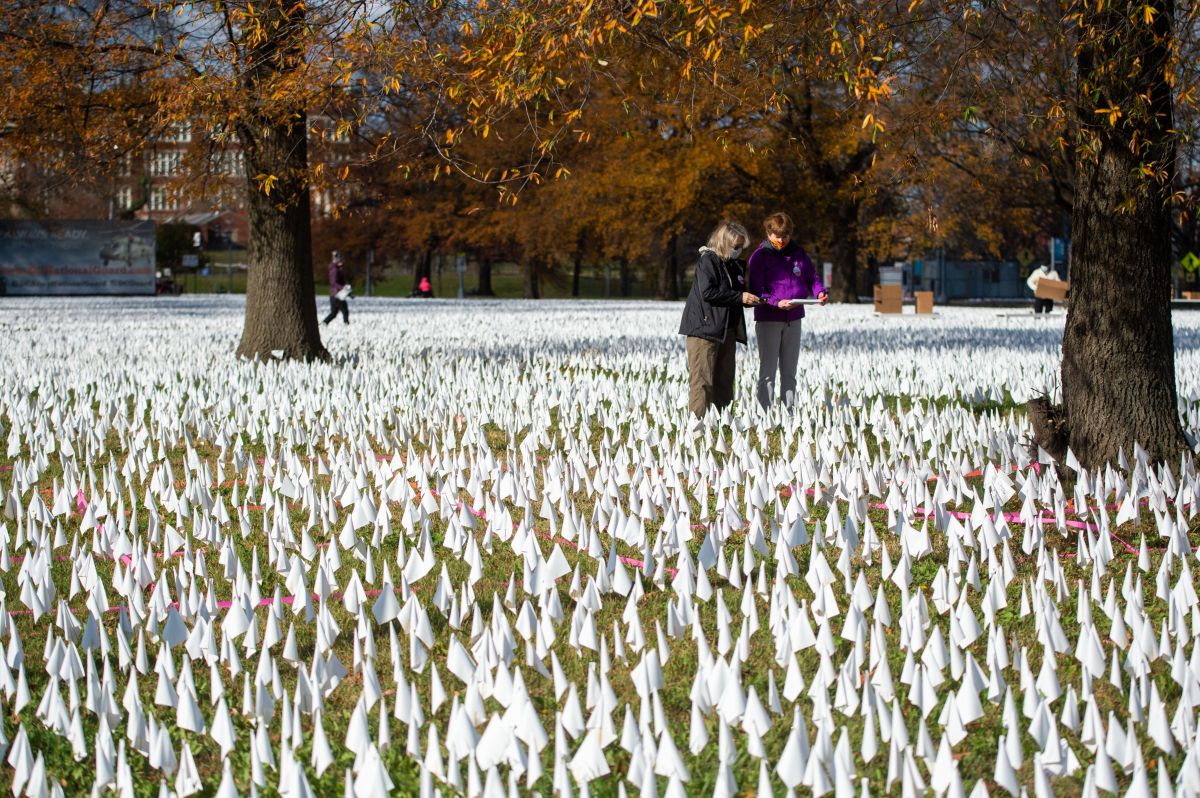 The United States officially passed one million known deaths from COVID-19 on Thursday, according to The New York Times, which cites its own database to mark the terrible milestone that only hints at the suffering of millions more people across the country who are mourning their parents, children, siblings, friends and colleagues.

It is difficult to understand and convey the number of victims of the coronavirus pandemic, so it may not be surprising that there is no single way of counting by which federal agencies, newsrooms, or universities have reached as huge a number as one million known deaths from coronavirus in the United States.

Even the White House has acknowledged that there is no consensus on a method to count coronavirus data.

The John Hopkins University coronavirus database, which is one of the most widely recognized sources, estimated that the United States had surpassed 1 million deaths from Covid-19 two days ago, on May 17.

Most experts say that one million people in the US died of the disease weeks or months ago.

President Joe Biden marked what he called a “tragic milestone” on May 12 by ordering all flags to fly at half-staff and demanding that citizens “remain vigilant against this pandemic” that has infected almost 60% of the US population.

“Hopefully, the enormity of that number will prompt us to do everything we can to make sure we don’t have as bad a time in the coming months and years as we have had in the last two years,” said Dr. Anthony Fauci, the President Biden’s top medical adviser, to a Boston public radio station, WGBH, earlier this month.

The United States has a higher infection rate than many other rich countries, and the coronavirus has continued to spread in a population plagued by inequality, political divisions, an overwhelmed public health system and an inconsistent array of policies and responses.

Although the Covid stole lives from all strata of society, magnified disparities and some groups have been more vulnerable than others to the pandemicbased on factors such as gender, age, access to health care, income, and housing.

Wave after wave of Covid cases

The coronavirus that causes Covid-19 arrived in the United States in early 2020, leading to five separate waves of new cases over the next 26 months. An unexpected early wave in the spring of 2020 was followed by another wave in the winter, when access to vaccines was still very limited: more Americans died in that wave than in any other period.

Now, in mid-May 2022, Americans are still dying: more than 300 per day on average, through Wednesday.

Vaccines are readily available to almost everyone except young children, but still about 34% of people across the country have not been vaccinated against Covid and about 70% have not received boosters, despite the effectiveness of vaccines in preventing serious illness and death.

The silent part of the pandemic: the result of home tests

Until Tuesday, the average of new confirmed cases of coronavirus again exceeded 100,000 per day, as subvariants of Ómicron have spread throughout the country. And those numbers are thought to underestimate the actual daily cases, especially because home test results often go unreported.

There is no measure for so many deaths

While each of the more than a million people who have died from Covid has a unique story, they leave a shared sentiment among their loved ones, who say that the lives of the dead have been cast aside in a country eager to get on with life after the pandemic.

As it is, there is no national memorial to people who have died, no shared remembrance, no communal place to gather or receive sympathy from a nation. There is only one number, a horrible number, highlights The New York Times.