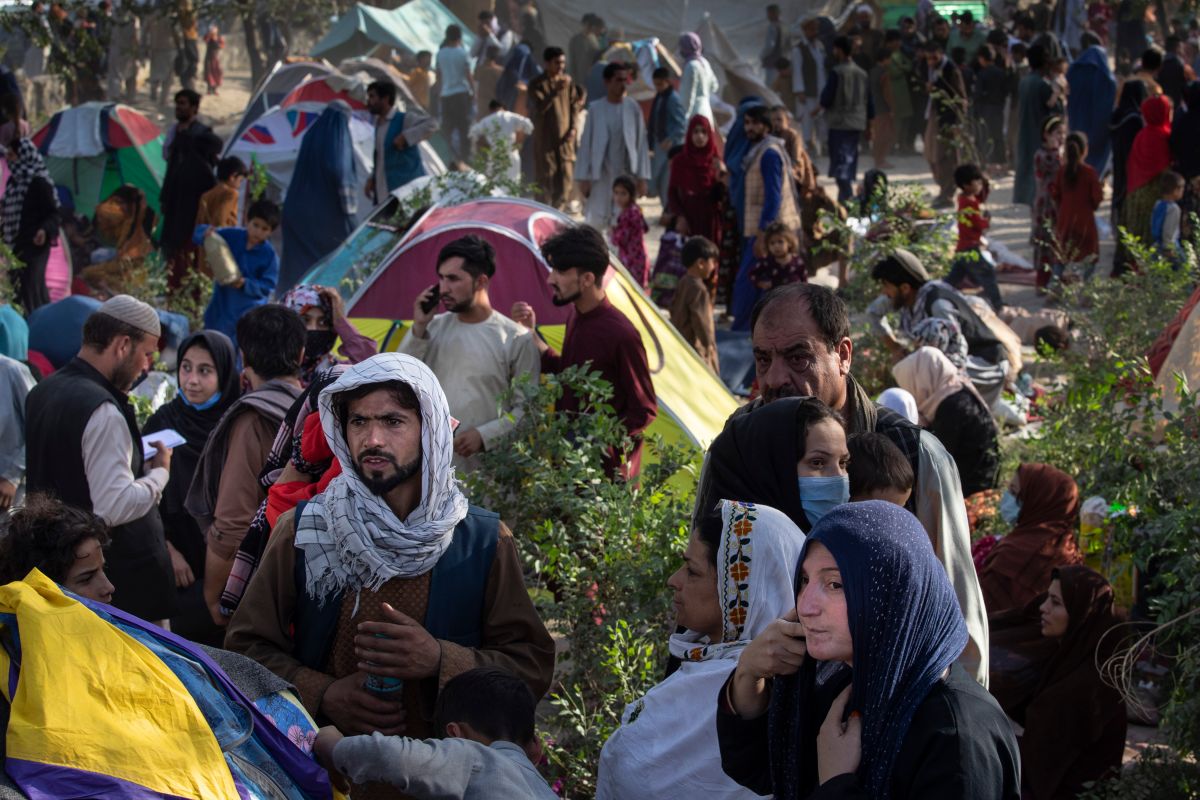 The Taliban advance in Afghanistan approached the capital Kabul on Saturday, when US diplomats called on militants to halt that advance and President Biden warned that any move to threaten US personnel or interests would be met with a “swift and strong” military response. by the United States.

President Joe Biden said on Saturday that he authorized the deployment of “approximately 5,000” military personnel in Afghanistan, 1,000 more than previously planned, to complete the evacuation of thousands of Americans and Afghans in the face of the Taliban advance.

In a statement, Biden also threatened the Taliban with a “swift and forceful” military response if they attack US personnel or its embassy in Afghanistan, fearing that this insurgent group will conquer Kabul.

“I have authorized the deployment of approximately 5,000 military personnel to ensure an orderly and safe withdrawal of US personnel and other allies,” said the president.

The soldiers will also help evacuate thousands of “Afghans who assisted US troops” during the war and who have applied for visas to travel to the US, as well as those citizens of the country “who are at special risk from the United States. Taliban advance, ”he added.

According to US defense sources, The president’s order only represents an increase of 1,000 more military personnel over previous Pentagon plans.

Of the approximately 5,000 authorized by Biden, 3,000 are the military announced last Thursday and who travel this weekend to the Kabul airport, and 1,000 more are already in the Afghan capital to protect the embassy.

The 1,000 new ones are a combat team from the 82nd air battalion of the infantry division that was going to travel to Kuwait in case reinforcements were needed and which would instead go directly to Kabul, a Pentagon source told Efe.

Two other combat teams from that same air battalion – made up of at least 2,000 more soldiers – will go to Kuwait as reservists in case it is necessary to send them as reinforcement to Kabul, the source explained.

In his extensive statement this Saturday, Biden justified his decision to go ahead with the military withdrawal from Afghanistan despite the extraordinary advance of the Taliban, who in just over a week have achieved control of 23 of the 34 Afghan provincial capitals .

“Another year, or five more years, of US military presence would not have made any difference if the Afghan military cannot or will not maintain control of their own country,” he stressed.

The president insisted that it was not “acceptable” for him to tolerate “an endless presence” of the United States in “the civil conflict of another country,” so he decided to end the longest war in American history after two decades.

“I have been the fourth president to oversee a US troop presence in Afghanistan: two Republicans and two Democrats. I will not pass this war on to a fifth ”president, he stressed.

Biden also asked his Secretary of State, Antony Blinken, on Saturday to “support President (Afghan, Ashraf) Ghani and other leaders of the country in their attempt to prevent further bloodshed and pursue a political solution.”

Soon after, Blinken announced on his Twitter account that he had spoken by phone with Ghani to address the security situation and “urgent diplomatic and political efforts to reduce violence.”