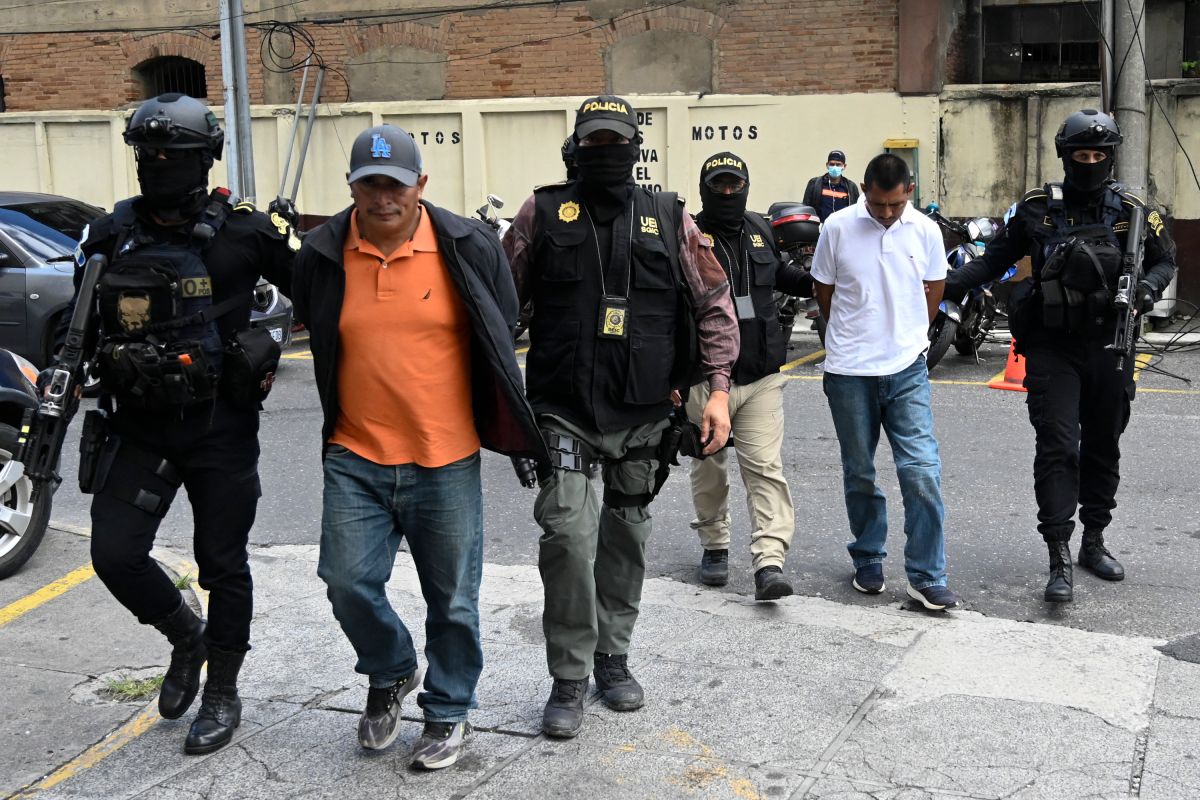 The United States Department of Justice unveiled this Thursday the charges against four Guatemalans detained this week in the Central American country for human trafficking, who will be extradited to the US in the coming months.

The detainees, also linked to the death in 2021 of a migrant in Texasare accused of conspiring and bringing a foreigner into the United States resulting in death; to conspire and bring an alien for financial gain and to encourage and induce an alien to enter the US for financial gain.

The deputy attorney general, Kenneth A. Polite, explained this Thursday at a press conference that the International Affairs office in Washington is coordinating his extradition, which will take place in a period “of four to six months” and that it will represent “the first extradition from Guatemala for human trafficking in a long time”.

The four were arrested with 15 other people, who are allegedly part of an “extensive network of people smuggling” who conspired with other traffickers to facilitate the journey of large numbers of migrants from Guatemala through Mexico to the United States, charging them between $10,000 and $12,000.

In addition, the four alleged criminals mentioned, led by Alonzo, are allegedly linked to the irregular transfer to the United States of a migrant who died in 2021 in Texas and whose family had paid approximately $10,000 for the trip.

The defendants and their accomplices guided her for several days through the desert to Odessa, Texas, where she eventually died, and Upon learning of his death, they disposed of the body by throwing it into a ditch. on a rural highway in Crane County, Texas, according to the indictment.

Every year, more than 300,000 Guatemalans try to emigrate irregularly to the United States in search of better living conditions and thus flee from poverty in the region, according to official calculations and international organizations.

The Central American country ended 2021 with 69 detainees for various crimes for extradition, the highest figure in its history. Most of those arrested are wanted in the United States for drug trafficking.