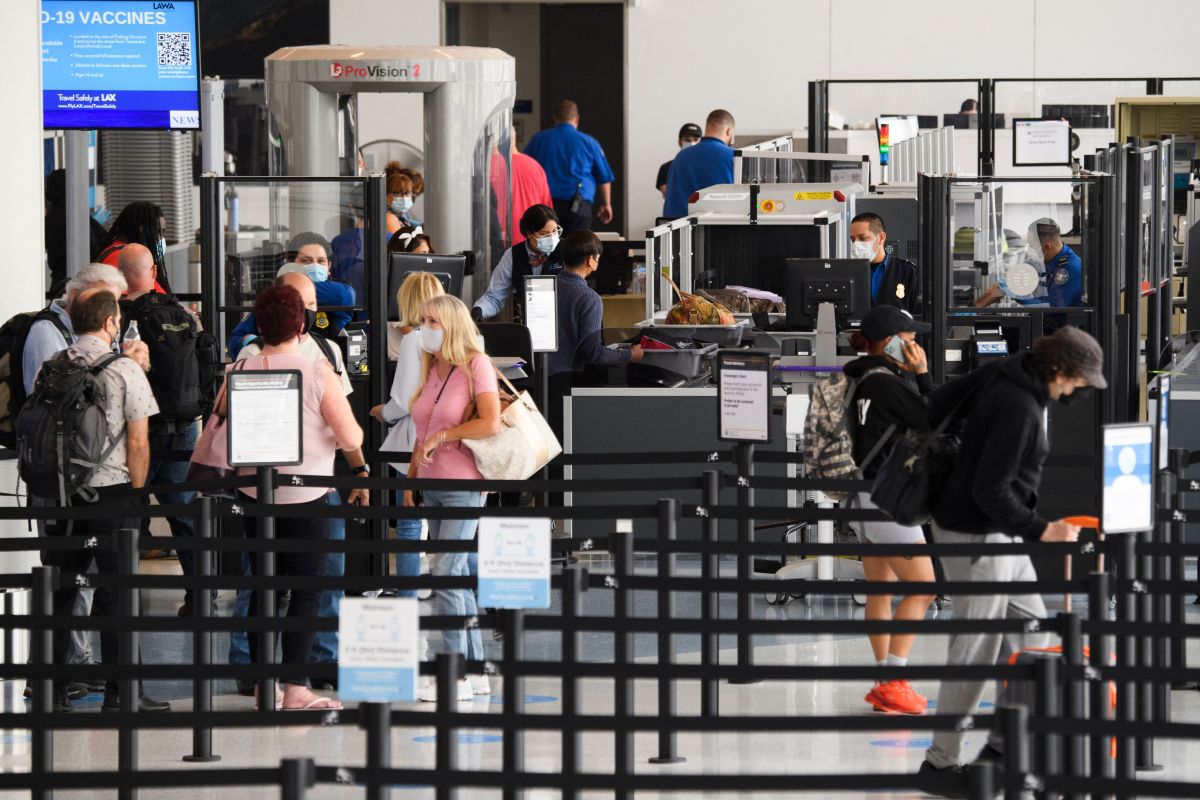 The Biden Administration will maintain the requirement for the mandatory use of masks in airplanes and common areas in airports at least until January 18, 2022 as a preventive measure against the coronavirus.

A spokesman for the Transportation Security Administration (TSA) confirmed this Tuesday the information about the national order that also applies to travelers on public transport such as trains and buses.

“The purpose of the TSA guideline on face masks is to minimize the spread of COVID-19 on public transport ”, said the spokesman quoted by the Reuters news agency.

Major US airlines were informed of the extension in a call with officials from TSA and the Centers for Disease Control and Prevention (CDC).

Existing order on face masks on airplanes expires on September 13

The current order on the use of masks on flights expires on September 13.

The decision was made in view of the advancement of the delta variant of the virus and the risks that transport systems imply for the transmission of the disease, mainly among unvaccinated people.

The order that remains active was announced in January, following Biden’s inauguration, and requires the use of masks at all times and in practically all means of public transport, including boats and taxis.

However, despite the insistence on the use of masks in these spaces, the mandate has caused incidents of disobedient travelers, mainly on airplanes.

The Federal Aviation Administration (FAA) reported that since January 1 it has received some 2,867 airline complaints about passengers who refused to wear the mask. In some cases, these people were taken off the planes.

For its part, the TSA informed members of the federal Congress last month that since the beginning of the pandemic there have been more than 85 physical attacks against agency officials due to the same issue.