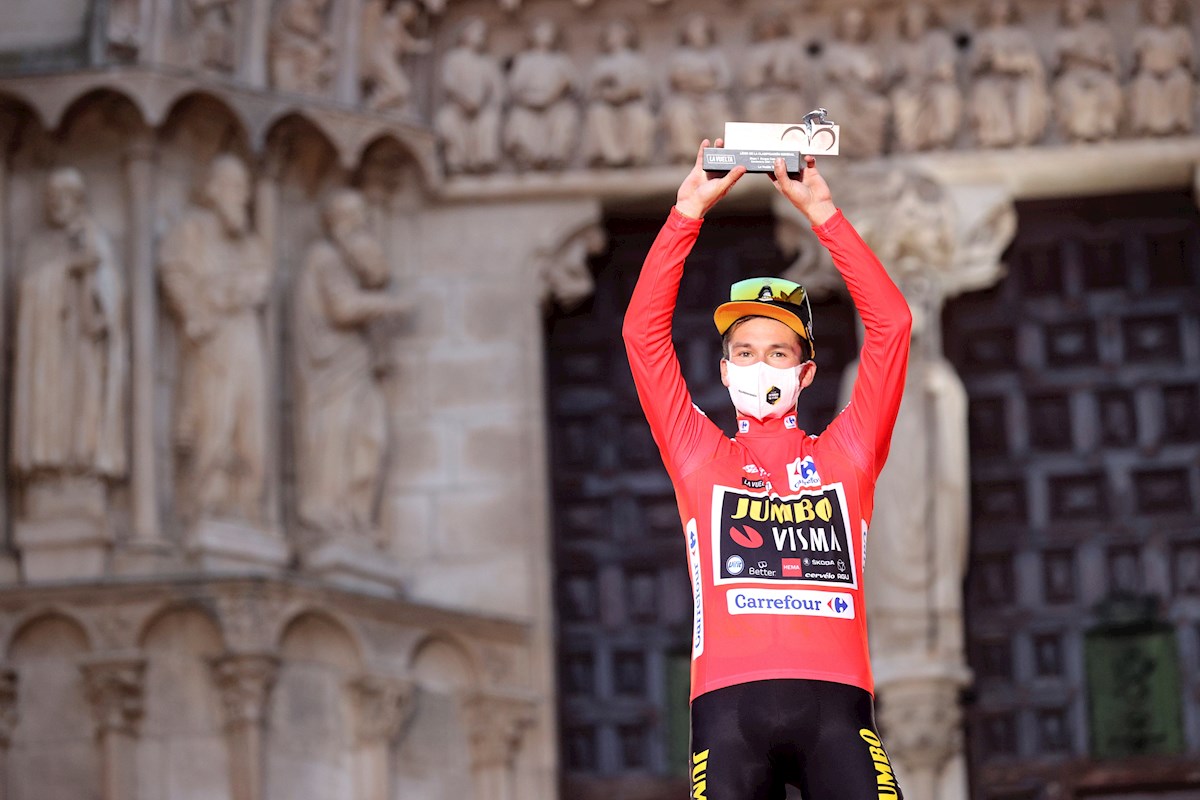 Slovenian Primoz Roglic (Jumbo Visma) honored his recent title of Olympic time trial champion and his status as a double winner of the Back to Spain with a monumental victory in the opening time held in Burgos on a 7.1 km route that allowed him to put on the red jersey a year later.

Roglic, 31, was relentless, took risks and fulfilled the prognosis that gave him the winner. With a time of 8.32 minutes, at an average of 49.8 km, at the last minute he removed the candy from the mouth of the Spaniard Alex Aranburu (Astana), the surprise man on the clock, surpassed in extremis by 6 seconds.

Roglic had no mercy. He sank the illusions of the Gipuzkoan cyclist, who saw from the hot seat how the double champion of the Vuelta entered the finish line like a breath, surpassing a record that he held for most of the afternoon. The third place went to Slovenian gold, Jan Tratnik (Bahrain), 8 seconds behind.

Ambitious as ever, Roglic started by setting territory in a time with no damage, but some worrisome differences for his direct rivals. Enric Mas held the guy well, giving 15 seconds.

The Spaniard, who was about to fall, was the best of the list of candidates. Adam Yates, “Supermán” López, Sivakov and the Ecuadorian Richard Carapaz entered a 5-second segment, and Alejandro Valverde and the Colombian Egan Bernal, in principle Roglic’s great rival, at 27. Mikel Landa did not have his best afternoon, who was left on the clock 39 seconds.

🇪🇸 Stage 1 | # LaVuelta21@rogla, two-time defending champion of the La Vuelta title, he left no room for doubt and imposed his law against the chronometer by winning with ease in the first stage disputed through the streets of Burgos.

Aranburu surprises with a great record

Burgos Cathedral, in its VIII centenary, lent its great beauty to launch and receive the chrono. In between, a little more than 7 kms 7,100 meters that began with the ascent to the castle before entering the city center. Few wanted to risk more than necessary, none wanted to lose the Vuelta on the first day.

Adam Yates (Ineos) was the first candidate to jump down the ramp of Burgos Cathedral, at his own request, since he was in a hurry to go “as soon as possible to the hotel and rest.” He was still in the hot seat for a few minutes. Just until the Gipuzkoan Alex Aranburu arrived, marking 8.38 minutes, more than 48 per hour.

The 25-year-old runner from Ezkio-Itsaso spent a long time in the hall of hope, nervous because the possibility of releasing the red one was flying in his mind. Mikel Landa had already arrived, half a minute from Aranburu; then the champion of Spain Ion Izagirre, at 17, including Valverde, at 21.

No one was moving Aranburu from the provisional throne, serious, restless, expectant at the departure of the great names of the Vuelta, the only ones who could wake him up from a dream that appeared suddenly.

Roglic does not forgive, he is still in red

The bar was high, the aspiring to unseat Aranburu had to fly in the ascent to the castle and risk through the urban and monumental center of Burgos, very lively despite the heat and the presence of curious tourists who were not expecting the cycling festival around the cathedral, a World Heritage Site.

The great names were coming out down the red ramp of the Gothic temple. Some unexpected names were among the best, such as New Zealander Scully, Czech Cerny and even Slovenian Tratnik, but Aranburu still kept an eye on the television.

Enric Mas gave the scare. His bike snaked at times, but the guy held the sixth place in the Tour. Carapaz and Bernal immediately showed weakness. They were not going to surpass Aranburu. Only the patron of the last two seasons remained to arrive: Prinoz Roglic.

And Roglic arrived flying, well connected in his chrono machine, motivated after the Olympic gold. He lifted Aranburu from his chair and then his arms on a podium with the entrance to the cathedral behind him. In the evening Burgos celebrated his sixth victory in the Vuelta, perhaps the one that will propel him to the third consecutive absolute victory.

The cyclist from Zagorje, retired from the Tour and relieved of his sorrows with the gold in Tokyo, is already dreaming of the triplet in Santiago de Compostela, where another time, but longer, of 33 km awaits him. Roglic launched the first warning. He comes to win, without hesitation. Monumental premiere in a dream setting.

This Sunday the first online stage is held between Caleruega and Burgos Gamonal, a flat day of 166.7 kilometers.

Read also: ‘Supermán’ López was the best Latin American of the first stage in the Tour of Spain