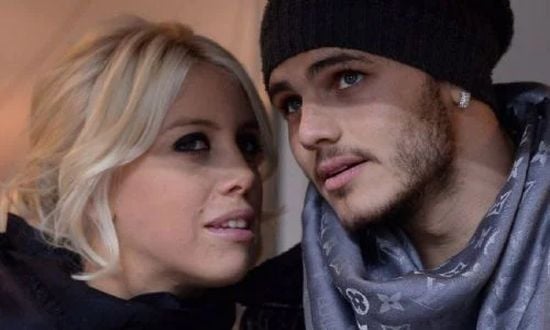 From the serve we are meat… The firm that the case of Mauro Icardi and Wanda Nara is to make a series. Easy would be a boom on Netflix and would have more ratings than that idiocy of ‘The Squid Game’.

If Michelle Alexander gets her act together, she would make a novel based on a relationship that began when a player takes his chibolo friend to stay at his house and he delays him with his wife.

It turns out that the PSG striker was ‘rotten’ because he suspected that ‘Maxi’ López was ‘throwing maicito’ at Wanda Nara for a long time, inviting her to go out, to have coffee, to meet alone to see things from her children . Mauro couldn’t stand it and asked him to check his cell phone. She demanded the same. And there the player lost.

The blonde found the chats of the conversations he had with ‘China’ Suárez, the little apple of discord, and the pacifier burst. Mauro, like any cheater, tried to die denied to reconcile, but she is making him suffer and does not want to give up. Asuuuuuu…

But the story does not end there. The third in the passionate triangle is an actress in every sense. When Icardi and Wanda’s breakup was made public, she played her role as a “scoundrel.”

“I don’t know them. Don’t mess with me. I’m in another, plus I just got out of a relationship, “he said. But the lie has short legs and they threw it on the field. A close friend confessed that “China” Suárez recently made a video call with Wanda: “We have to see each other,” he told her.

In the same style as the movie ‘Fatal Attraction’. In other words, he had already planned to ruin the attacker’s marriageand. The net that there are some that are capable of sinking you without measuring consequences. This easy novel has for several seasons. What avocado…

Going to local issues, they tell me that several clubs are asking about a foreign striker who has been breaking it in a southern team. There are no doubts on the field, the problem is that he has good teeth and after meals he likes to drink a lot of ‘barley water’. A couple of ‘big guys’ have already removed him from their reinforcement list. Noooo…