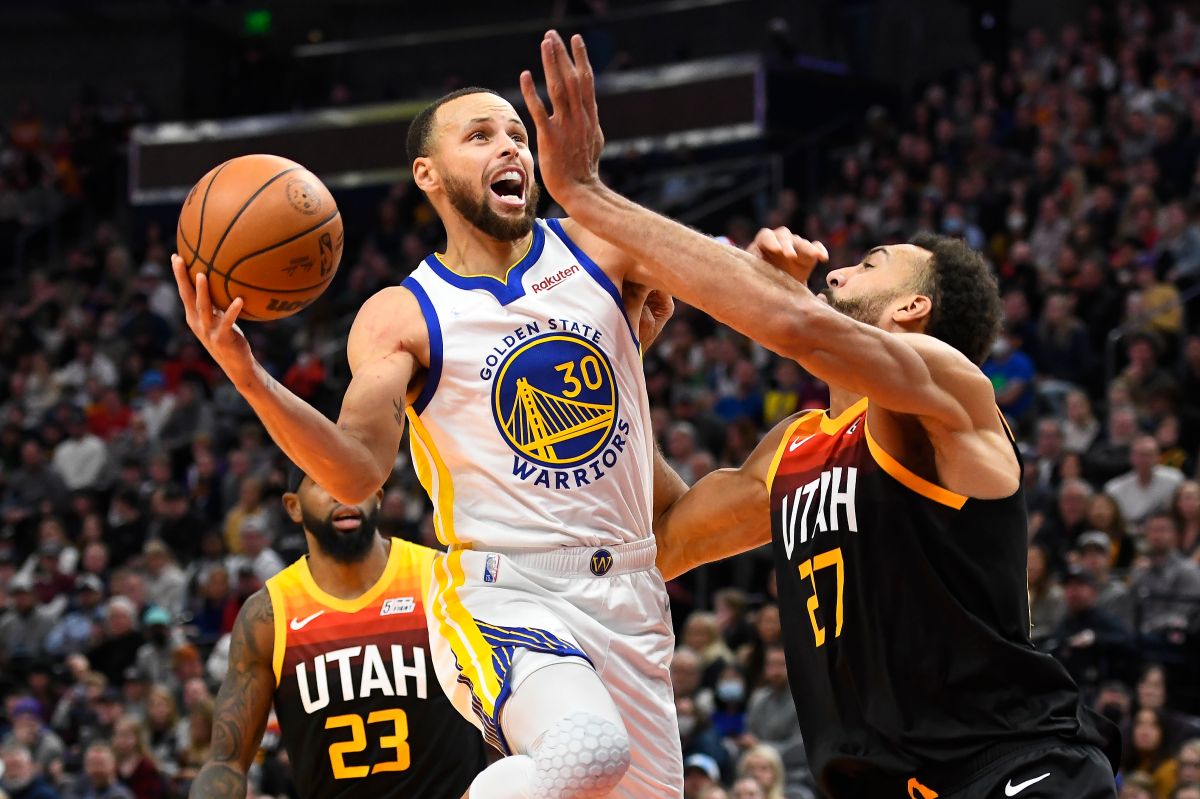 The Golden State Warriors they hit the table in the Western Conference with his victory over the Utah Jazz in the first day of the year in the NBA, in which DeMar DeRozan saved for the second game in a row the Chicago Bulls – leaders of the East – with a new triple on the horn.

The night also left smiles for him Argentine Facundo Campazzo, who with the victory of the Denver Nuggets over the Houston Rockets signed his best game so far in the NBA (22 points and 12 assists).

In a duel in style in the West, the Warriors emerged victorious from Utah and broke the streak of six straight victories for the Jazz after a volcanic and passionate game that it was full of alternatives.

The Mexican Juan Toscano-Anderson played 12 minutes for the Warriors in which he got 2 points, 2 rebounds, an assist, a steal and a block; while Curry set another record with his expertise in triples, this time the one with the most matches in a row scoring at least a shot of three (158 games so far).

The Jazz could not complete the comeback Despite their usual chorus input: Rudy Gobert, Bojan Bogdanovic, Donovan Mitchell and Jordan Clarkson had 20 points per head.

DeMar DeRozan finished 2021 with a triple on the horn to give the Chicago Bulls victory over the Indiana Pacers and started it the same way with a new shooting three winner when time was up, this time from the corner and with two players on top, to smash the Washington Wizards.

“I don’t know if I’m dreaming or if it’s real”said DeRozan after the game and after the feat of chaining two triple winners on two consecutive nights.

With the stumble of the Brooklyn Nets, the Bulls are now solo leaders of the East.

By the Wizards, who caressed victory after a 3-pointer by Kyle Kuzma with 4 seconds to go, Bradley Beal (27 points and 17 assists) and Kuzma himself (29 points and 12 rebounds) were the most outstanding.

The Colombian Jaime Echenique did not have minutes in those of Washington.

The big surprise of the night was given by Los Angeles Clippers, who took a very valuable victory from the field of Los Brooklyn nets even though they came with many casualties and with all to lose.

Kawhi Leonard, Paul George, Marcus Morris, Ivica Zubac, Luke Kennard, Nico Batum, Isaiah Hartenstein … None of them were available for some Clippers who, despite everything, gave a lesson in collective delivery and sacrifice to bring down the Nets.

The Spanish pivot Serge Ibaka started for the Clippers and had 4 points, 4 rebounds, 3 assists and a block in 22 minutes.

With this defeat at home the Nets have two lost games in a row for the first time all season.

Faced with the doubts of the Nets, the Milwaukee Bucks continue with a firm step his climbing in the East. This Saturday they added their sixth win in a row with a victory against New Orleans Pelicans.

Giannis Antetokounmpo had a triple-double (35 points, 16 rebounds and 10 assists) It was too much for a Pelicans in which he stood out Jaxson Hayes (23 points and 7 rebounds).

The Spanish pivot Willy Hernangómez came out in the starting five for the Pelicans and had a remarkable performance with 11 points, 8 rebounds and an assist in 20 minutes on the court.

Facundo Campazzo played his best match since he landed in the NBA, by achieving 22 points (with 7 of 11 in shooting and 3 of 5 in triples), 12 assists, 4 rebounds, 5 steals and 2 blocks as the starting point guard for the Nuggets, in the game that Denver beat the Houston Rockets.

Nikola Jokic (24 points and 11 rebounds) also shone for the Nuggets in a game that they came to dominate by 31 points.

Jalen Green (29 points) was the top scorer of a Rockets in which the Spanish Usman Garuba played 12 minutes and contributed 2 points, 4 rebounds, an assist and 2 steals.

The Detroit Pistons, the worst team in the NBA and that they had only won two of their previous 20 matches, they took the duel against the San Antonio Spurs after an extension.

Hamidou Diallo (34 points, 14 rebounds and 4 assists) led the Pistons while Bryn Forbes (27 points and 7 rebounds) he was the highlight of the Spurs.

You can also read:
– Mourning in the NBA: Celtics legend Sam Jones died
– Kyrie Irving is grateful for his return to action with Brooklyn Nets
– Ricky Rubio is inspired by Kobe Bryant after his terrible injury