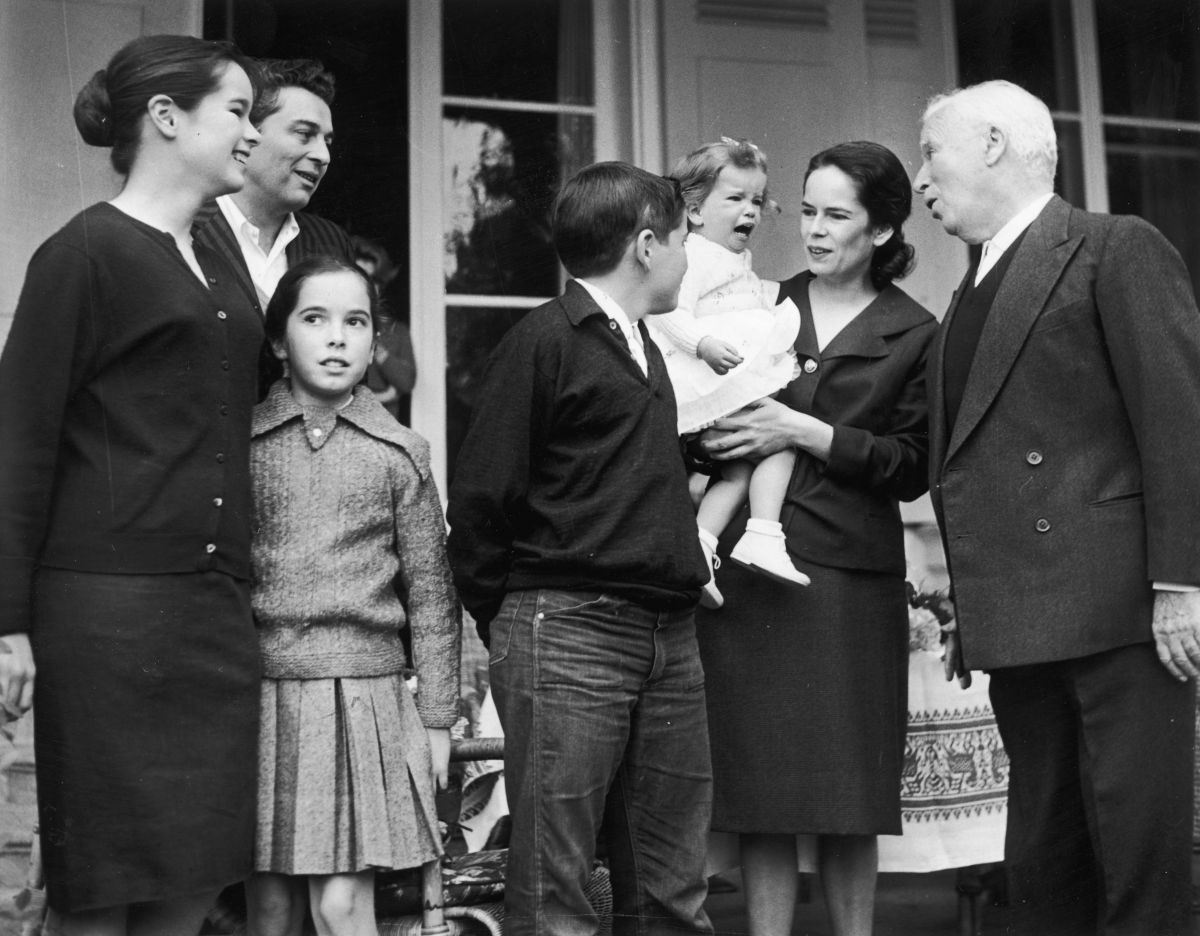 Oona O’Neillthe daughter of famous playwright Eugene O’Neill, was an 18-year-old recent high school graduate and novice actress when she married Charles Chaplin54, the internationally renowned actor, filmmaker, and actor and a Hollywood legend, on June 16, 1943, in Santa Barbara, California.

Her famous father (already a Pulitzer Prize winner for Beyond the Horizon and Anna Christie at birth) left her mother, writer Agnes Boulton, when Oona was just two years old, and she only saw him sporadically after that.

As a student at Brearley, the prestigious private school for girls in Manhattan, Oona was friends with Gloria Vanderbilt and became a prominent young woman in high society.dating JD Salinger and Orson Welles.

After graduating, she decided to head west to Hollywood, where she made a brief attempt at an acting career. Oona O’Neill met Chaplin when he was recommended a role in one of his films.; the marriage was his fourth and his third to a woman who was still in her teens.

Eugene O’Neill, who was the same age as Chaplin, was so angry about the marriage that he disinherited his daughter.

Although detractors questioned the motives of both parties and predicted a swift demise for the unlikely couple, their bond proved to be exceptionally strong, and the marriage would endure for the rest of Chaplin’s life.

In 1952, after Chaplin’s visa was revoked due to his involvement in left-wing political causes, he went into exile with Oona and their three children.

Later, Oona renounced her American citizenship and became an English subject like her husband.

The couple would return to the United States together only once, when Chaplin accepted an honorary Academy Award in 1972.

After her husband’s death in 1977, at the age of 88, Oona O’Neill Chaplin became famous for her loneliness. He reportedly never recovered from his grief and died of pancreatic cancer in 1991, at the age of 66.