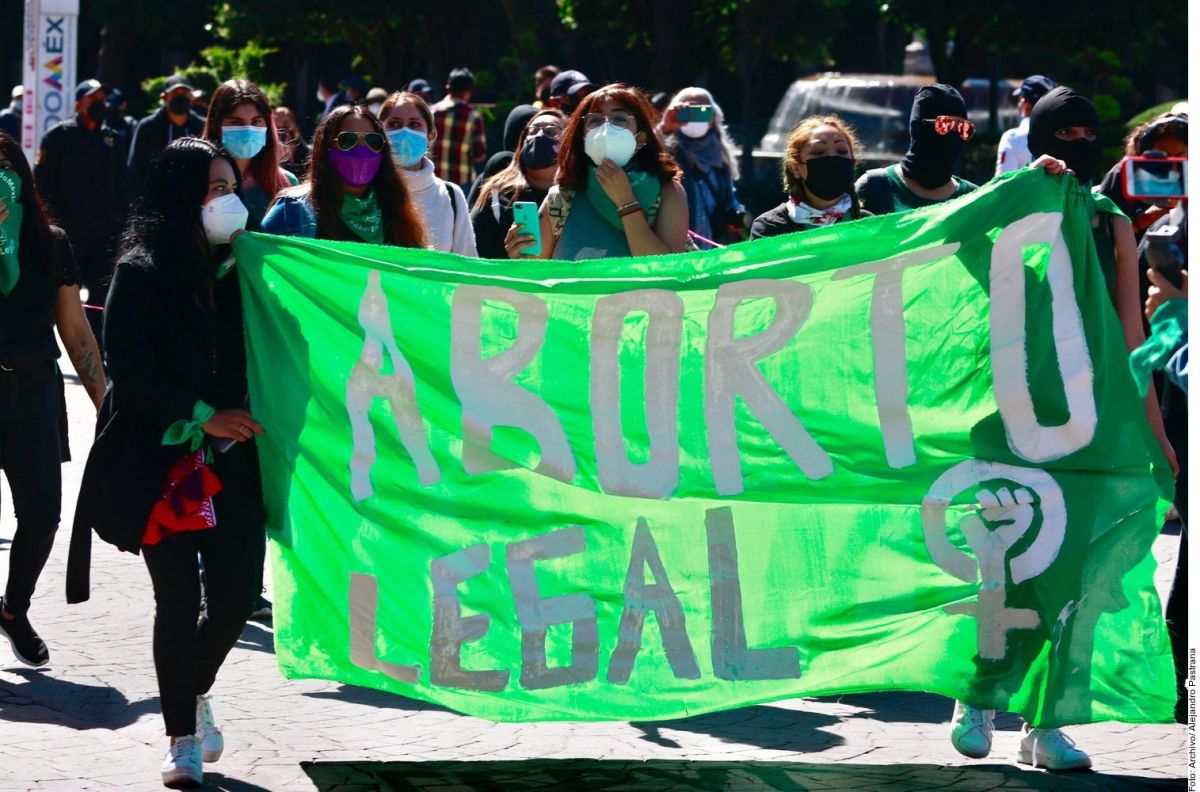 MEXICO.- No one will go more to jail for an abortion in Mexico as it happened before the Supreme Court of Justice of the Nation (SCJN) decriminalized the interruption of pregnancy throughout the country. It was after 88 years of pressure from feminist groups that have been persecuted, censored and mistreated.

It is an achievement of women of many generations, an example of how they force themselves to change the course of politics and government with cunning, courage and persistence: The first proposal for the Mexican State to regulate the practice of abortion was in 1935.

It was made by two Marxist and Leninist activists of that time, Ofelia Domínguez Navarro and Matilde Rodríguez Cabo, founders of the United Front for Women’s Rights to push the government to legislate the practice within the first months of pregnancy, according to the official gazette of Mexico City.

Abortion was criminalized since the creation of the first federal code of 1871 to protect “public morals and good customs”.

¿CHow was it possible to go from an abstract and religious concept to the change in the highest judicial authority in the country that considered it illegal to penalize women who have abortions since last September 7?

Marta Lamas, one of the toughest women in promoting the liberation of abortion, an activist since the 70s of the last century, is a key to understanding it: “It was based on the acuity of many groups of women,” she explains: from organizing to seek alliances, internal agreements, legal arguments, street pressure …

After the first attempt in the 1930s to achieve pro-abortion legislation, the feminist struggle dimmed in the following decades. It revived with force almost half a century later: in 1979 the National Front of Struggle for Liberation and Women’s Rights was created, which engaged in minimal debates such as the time to allow abortion.

Later, Marta Lamas created another organization, the Chosen Reproduction Information Group (GIRE) in 1992. The founder wrote a hard article at that time on the “substantive deficiencies and errors” in the search for women’s reproductive rights.

“In 20 years we feminists had not been able to build a politics of alliances, as if we did not understand how the realpolitik in Mexico. We had developed much of our political activity in the face of the left movement and we had not been able to recognize (or support, as in 1983) the government sector that also coincided with us ”.

Meanwhile, the Catholic Church was leading a pressure force in the province together with the Provida organization with dramatic photo and video campaigns where a fetus was “scissors killed” inside the womb.

This nun in the province was key to stopping the advance of the legislation until 2007.

After the victory of the left in the Mexican capital, the old feminist alliances paid off. The process lasted 10 years until the local congress prevailed with a majority vote and left the women completely free to decide to suspend the pregnancy in Mexico City.

The local government was consequently forced to set up specialized clinics to help women abort up to 12 weeks’ gestation. Since then, around 18,000 abortions have been performed a year.

It was not an easy road, Leticia Quezada explained, the deputy who carried the flag inside the Legislative Assembly in 2007: “It was about making people understand that it was about abortion so that there would be no more deaths due to the thousands of cases in clandestine practice”

But the conservative Catholic Lawyers insisted and went against it all. On the day of the vote they arrived at the headquarters of the local congress to deliver 36,000 signatures of citizens calling for a referendum and hundreds of protesters amid slogans and shouts.

On the side allied with the authorization of abortion was the College of Bioethics. He established his scientific position with the clarification that the 12-week embryo is not a biological individual, nor a person: it lacks independent life, since it is totally unviable outside the uterus.

Among the opponents of abortion is the National Action Party (PAN). After the decriminalization in the Mexican capital, the political body went to the SCJN with an unconstitutionality appeal that he finally lost and paved the way for abortion to be authorized in the constitution.

However, in the 32 States, only in four (the capital, Oaxaca, Hidalgo and Veracruz) have a law of terms that allows the interruption of pregnancy freely in the first 12 weeks of gestation, so in the rest of the Mexican province it is possible to continue to incarcerate women and whoever helped them abort.

The battle in the states has been tough. In Oaxaca, one of the states with the worst educational levels, with high rates of marginalization and poverty, where women’s rights were not a priority for years, abortion was prioritized thanks to feminist organizations.

On the day of the vote in the plenary session, in September 2019, a procession of Catholics requested excommunication for the deputies who echoed organizations such as the Network for Sexual and Reproductive Rights that joined the third abortion wave from South America and known as “Green Tide”.

Mayra Morales, state coordinator of the Network, told the press that her plan was not to be a pro-abortion activist until one day she woke up and was bleeding and ran the risk of going to prison if she was accused of abortion or worse, murder for reasons of kinship like many cases of women in Mexico that cannot be counted.

“Since then I began to go to marches in search of improving the despair of so many women.”

The Green Tide was characterized by new actions throughout the country. Along with the search for political alliances, thousands of women took to the streets with aggressive demonstrations and radical actions such as the one promoted by the collective Witches of the Sea in social networks with the call for a national strike “a day without us”, which called on women not to go to work, not to be on the streets, not to shop or go to study on March 9.

But the lunge to kill the abortion penalty finally came from Coahuila, after the SCJN it invalidated the legislation of that state that imposed three years in prison on women for having an abortion and prohibited doctors from helping them.

State activists took on powerful organizations with the National Front for the Family that years ago had prevented the release of abortion that then-governor Rubén Moreira was pushing. For this case, the Office of the Attorney General of the Republic had to promote the appeal in the Supreme Court that led to the national decriminalization.

It may interest you:
· Why does Tetecala want to be the first cannabis town in Mexico?
The descendants of Moctezuma in Mexico today
Every day two journalists are threatened with death or assaulted in Mexico