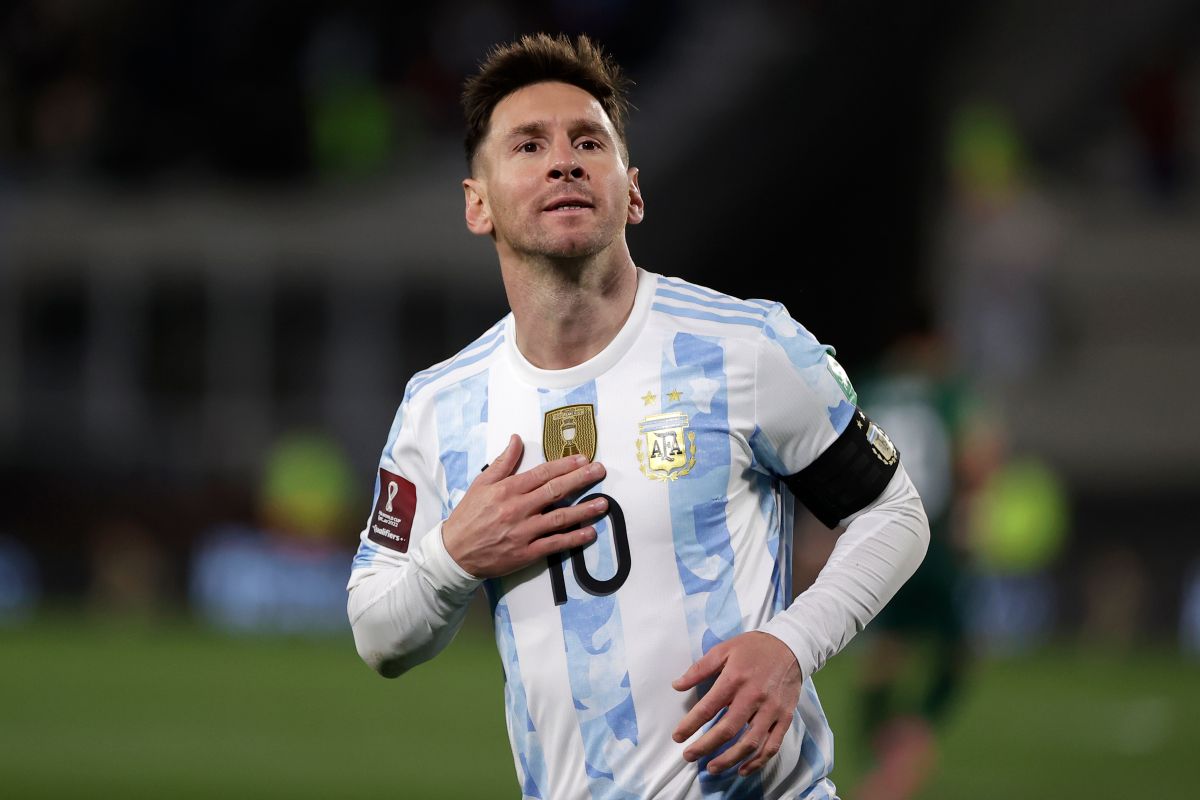 June 24 is a very important date for world football, bearing in mind that 35 years ago one of the greatest exponents in the history of this sport was born. The world celebrates the birthday of Lionel Andrés Messi and the people of football as well as their closest friends, have not wanted to miss the celebration and they let it be seen through their social networks.

“El Fideo” Di María was one of the first to speak out through his social networks with a message for Messi: “Happy birthday dwarf”he wrote through his Instagram account, accompanied by a photograph with several of the members of the Argentine National Team, who would be celebrating in Ibiza.

Di María’s message was answered by Nicolás Otamendi, Roberto Carlosamong others who joined the good wishes for Rosario.

“Happy birthday brother”, was the message posted by the Brazilian star Neymar Jr. through their Instagram stories. The 10 from Brazil and PSG have always shown their admiration for the Argentine footballer and have been teammates at FC Barcelona and currently at PSG, where Neymar’s future is uncertain at this point.

“35 ya daddy. With wrinkles but we are noticeable. Happy birthday”, that’s how it was the message that the Uruguayan scorer Luis Suárez posted on his social networks, who was joined by his wife who also wanted to add a few words for the birthday boy.

The current club of Lionel Messi, PSG paid tribute to the Rosario star and posted a video through their social networks in which several players from the squad, including former madridistas Keylor Navas and Sergio Ramos congratulate the number 30 of the Parisian squad. In the video you can also see Neymar, Marquinhos, among others.

FC Barcelona does not forget who has been the best footballer in its history and did not miss the opportunity to post a message through their social networks. The message was accompanied by a goal in the second Champions League final that Guardiola’s Barcelona beat Manchester United and the message said “Happy Birthday Leo”.

It should be noted that with the FC Barcelona shirt, Messi scored a total of 672 goals and reached the figure of 305 assists. He is the all-time top scorer in Barcelona and Spanish football with 470 in La Liga, 142 in the UEFA Champions League, 75 in the Copa del Rey, 19 in the Spanish Super Cup, four in the UEFA Super Cup, and five more in the Club World Cup.

The commentator and known for his statistics worldwide, Alexis María Martín alias “Mr Chip”, also left his message on social networks and cited some numbers of Lionel Messi, among which the 40 Rosario titles throughout his career.

Antonela showed her love to Messi on his 35th birthday

Messi’s wife, Antonela Roccuzzo, also wanted to congratulate the footballer through social networks. “Happy Birthday my love. Loving you more is impossible“He wrote through his Instagram account and in just minutes he gained a large number of likes, exceeding two million one hundred thousand so far.

Messi’s prompt return to PSG is expected, while he finishes having a good time on his birthday and is also still on vacation with his wife as a prelude to a 2022 that promises to be very busy for “La Pulga”, now 35 years old.

You may also like
. Spanish journalist improvises a version of the Our Father to celebrate Messi’s birthday
. Messi misses Antonella and thus lets her know through social networks
. Criticism of Messi does not stop despite continuing to score goals and win titles