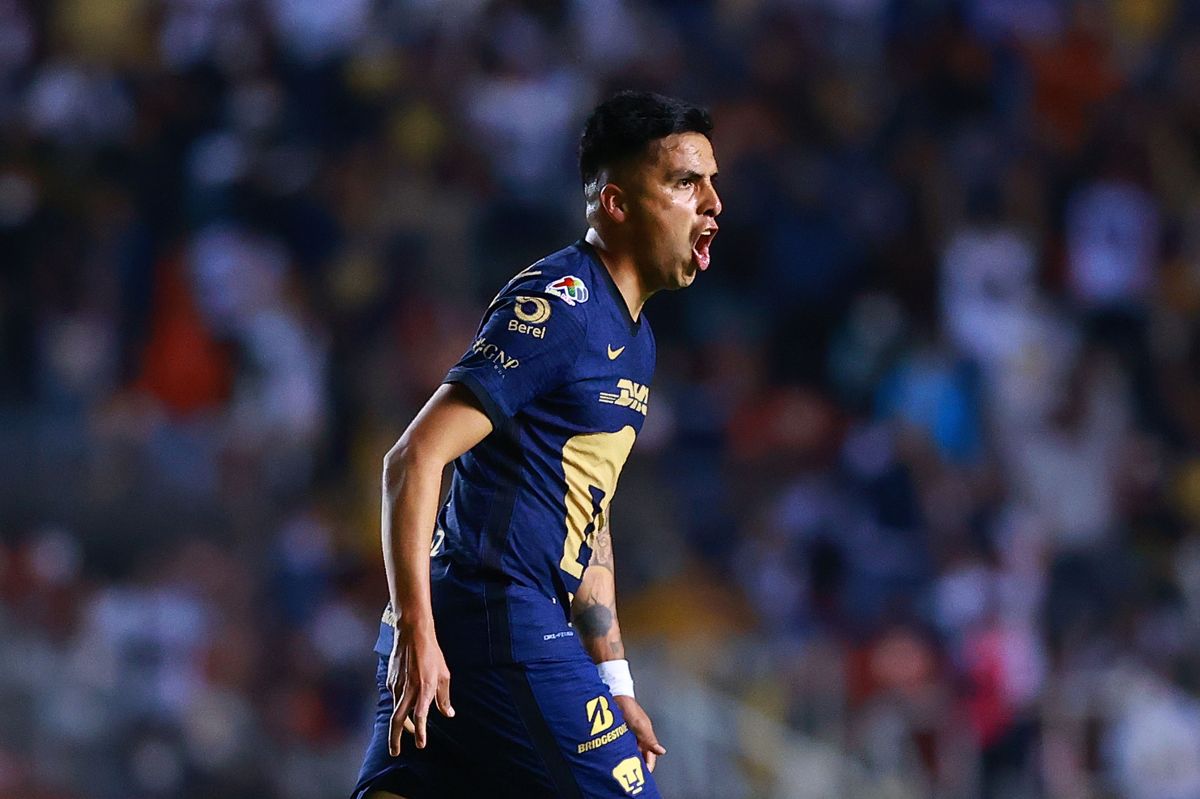 The Pumas UNAM of the Argentine coach Andrés Lillini They defeated this Friday by 1-3 to the White Roosters of Querétaro to consolidate the leadership of the tournament Closing 2022 of Mexican soccer.

At the beginning of the second day of the Clausura, Leonel Lopez, Marco Garcia and the brazilian Rogerio De Oliveira converted by the felines and Angel Sepulveda for Queretaro.

The Gallos opened the scoring on their first shot of the match. In minute 4, the Argentine Leonardo Sequeira, from the right wing, scored a center to the area that Sepúlveda headed for 1-0.

Pumas did not let the early goal distract him and it was because of the equalizer that he came close to arriving in the 13th minute, with a left-footed shot from Marco García, and in the 14th minute, with a header from Arturo Ortiz, both stopped by the Uruguayan goalkeeper Washington Aguerre.

The feline insistence turned into a goal in minute 16. The Brazilian Higor Meritao assisted Leonel López, who outwitted his marker to convert near the crescent the 1-1 to the left post of Aguerre.

The university team continued to seek to increase their advantage, something they obtained in 45. Marco García placed a ball in the right corner of Aguerre to make it 1-2.

Pumas came out from the first minutes of the second half with the intention of signing the victory. Saucedo, in minute 51, and Rogério De Oliveira, in minute 54, made shots that went close to Aguerre’s goal.

The felines’ good time didn’t stop even for the Mozo’s expulsion in minute 65 for a foul on Jorge Hernández, since three minutes later they scored a little more.

A bad start from Querétaro allowed Sebastián Saucedo to filter a pass to Rogério, who defined in minute 68 the 1-3 before the exit of Aguerre.

Later, the Rayados de Monterrey coach Javier Aguirre visited Necaxa and thrashed 0-4 with the confidence of obtaining his first victory of the tournament.

On Saturday, the champion Atlas will debut in the Clausura by receiving San Luis. Afterwards, the Tigres UANL will host Puebla, Cruz Azul will host Juárez FC and Tijuana will host León.

The day will continue on Sunday with the visit of the Santos Laguna to Toluca and Pachuca to Guadalajara. The duel will subtract from the second date Mazatlan FC-America, postponed to February 16 due to maintenance at the Mazatleco stadium.

You may also like:
· United States and Canada above Mexico: Oribe Peralta abandoned soccer, but before leaving he attacked Mexican soccer players
· The Águilas del América resound in Germany: from the Bundesliga they confirm the interest of the Mexican team in Jorge Meré
· Santiago Solari lost control: the Argentine coach was expelled and the Águilas del América let points escape