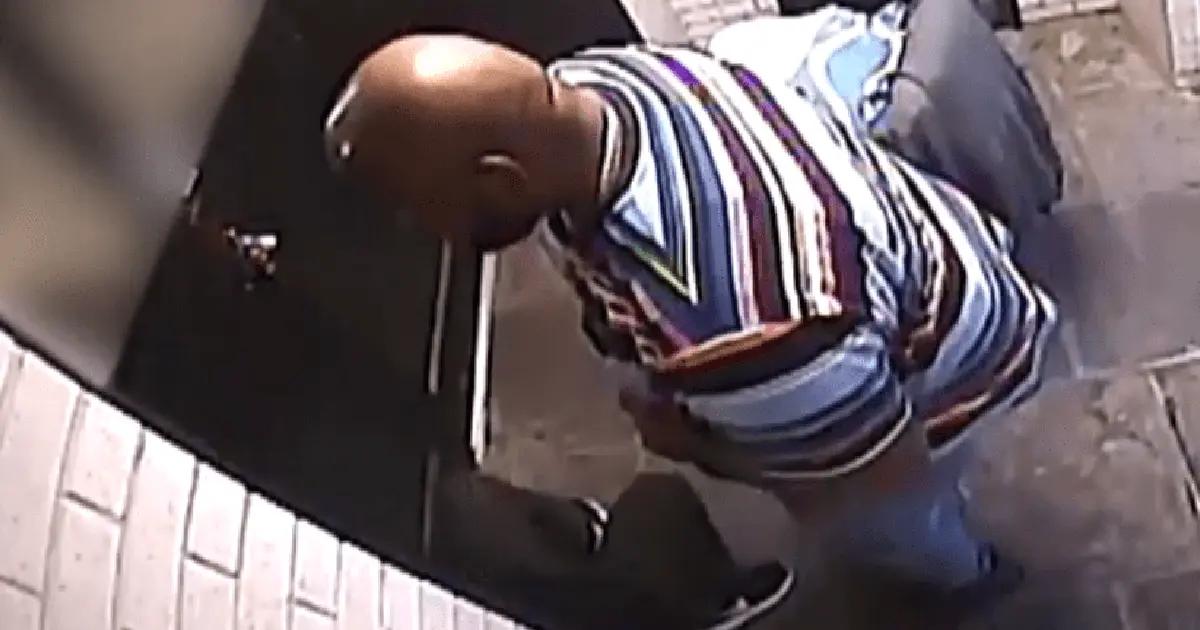 NEW YORK — A Yonkers man who prosecutors say followed an Asian woman into her building and then viciously beat her. He punched her more than 100 times and was sentenced to more than 17 years for the hate-fueled attack.

Tammel Esco, 42, pleaded guilty in September to commit a violent hate crime concerning the attack on the 67-year-old victim. During that time, he hurled racial epithets at the victim as she huddled helplessly on the floor while taking each stomp and blow.

Under his plea agreement, Esco was sentenced Tuesday to 17 1/2 years in state prison, with five years of post-release supervision.

“In 27 years of policing, this was one of the most violent and heinous crimes I have ever witnessed,” Yonkers Police Commissioner Christopher Sapienza said of the attack caught on camera.

Esco was arrested shortly after the March 11 attack on the woman as he entered the lobby of her Riverdale Avenue apartment building that night. Hard-to-see surveillance footage previously released by police showed that the man landed blow after blow, about 125 of them in all, on the defenseless woman, leaving her bloodied on the floor.

“And then, in a particularly vile act, he spit on her,” said Westchester County District Attorney Miriam Rocah.

The victim, who is Filipino, suffered brain hemorrhaging, multiple facial fractures, bruises, and lacerations to her head and face. According to the investigation, the victim simply walked past Esco on her way home and he allegedly yelled an insult at her. She ignored him.

When she moved to open the second door to enter the lobby, she was punched in the head from behind and knocked to the ground, then hit dozens more times with alternating fists. The man then stomps on her seven times and spits on her, police say.

A witness said he called 9-1-1 when he saw Esco punching the woman while on top of her and that witness interference may be the only reason the victim is still alive.

“I started knocking on the door, and when I did that, it got his attention, and that’s when he got off of her,” Yvette Crespo said. “He went out that door, went to the corner, put his hands up,” she said.

The victim addressed the court Tuesday and said she lost the place she called home for more than 24 years, where she raised her daughters. She said she fears for the safety of her daughters and for herself. She added that she has lost her peace of mind and her ability to relax and will always be nervous.

“We are grateful for the love and support from the community and the many people who are outraged by this hateful attack. Hate has no place in this society,” said the victim’s attorney, Jennifer Wu.

Esco lived in the same building as the victim. Police said he has a criminal record and had previously served time for assault.

If you are a victim or witness to a hate crime or bias incident, call the Westchester County District Attorney’s Office at (914) 995-TIPS.