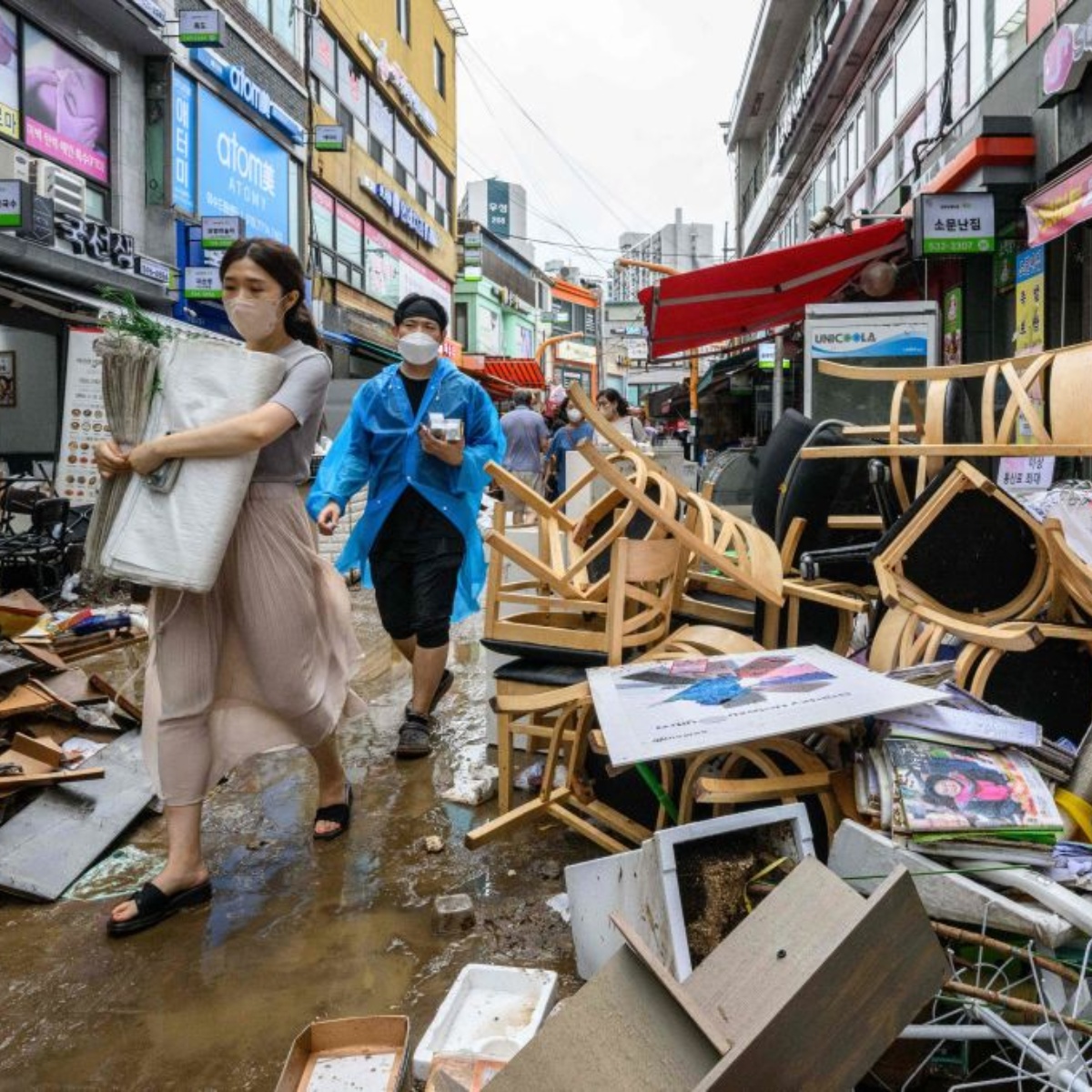 After the heavy rains that hit the weekend South Koreawhich caused important floods In various areas of this country, the South Korean authorities reported that the death toll from these inclement weather conditions increased to eight.

As is known, South Korea suffered from floods due to heavy rains that fell on its territory. In fact, the records of the water produced by these rains reached figures not seen since 1945. These floods also caused damage to various services and businesses.

As reported in AmericanPost.Newsone of the cities most affected by the floods in South Korea was Seoul, the capital of that country, where the streets turned into rivers that caused damage to businesses and cars that were trapped in its waters.

#Korea South Extreme flooding not seen for 80 years or more causing massive problems in Seoul and across the country #SouthKorea #flooding pic.twitter.com/wkxSC40nB0

As soon as the rains stopped, the South Korean authorities began operations to remove fallen trees, mud and debris produced by these floods, as well as care for the people who were affected by this weather incident.

In addition, work was also carried out on the Seoul Metro, as the water reached these public transport facilities, affecting thousands of users and causing damage to the structure of the Meter. Government authorities noted that more rain is expected in the coming days.

According to information provided by the Ministry of the Interior and Security, nearly 800 buildings in Seoul and nearby cities reported damage, while more than 400 people were forced to evacuate their homes due to flood damage.

It may interest you: South Korea: 7 dead due to torrential rains in Seoul

SOUTH KOREA ��⛈️⛈️
Records the strongest rains in the last 80 years, and leaves 7 dead and 6 missing in Seoul

Last Monday, seven deaths were reported in South Korea due to flooding. Currently the figure rose to eight and it is not ruled out that they may increase as they have found bodies under rubble.