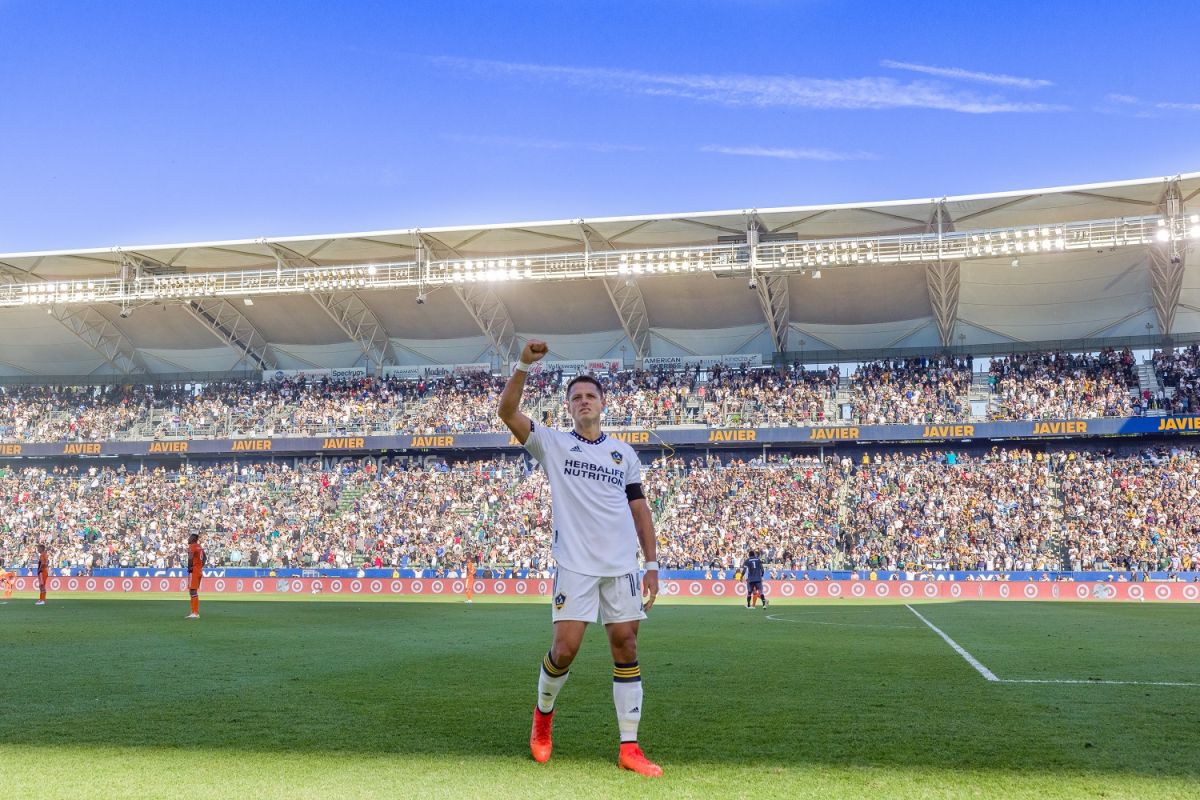 75,000 spectators, and tickets over $1,000 dollars: these are the numbers for the Charlotte-Galaxy soccer game, which could break the American MLS spectator attendance record with 75,000 seats sold. Javier ‘Chicharito’ Hernández’s LA Galaxy would surpass Atlanta’s record, which sold 73,019 seats in a 2018 match.

MLS prepares to write history this weekend. Charlotte FC, a debutant club in the American league, expect more than 75,000 spectators and sell tickets for more than 1,000 dollars for its local premiere at Bank Of America Stadiumin what will be the most attended league game in the world so far in 2022.

The Los Angeles Galaxy of the Mexican “Chicharito” Hernández and the Brazilian Douglas Costa will be Charlotte’s rival in a historic afternoon that, MLS sources assure EFE, is going to break the record of spectators never registered in the 27 seasons of the American league.

The cheapest ticket to access Bank Of America stadium costs $55 dollars, while the most expensive ones reach $1,100 dollars on the official sales platform “Ticketmaster”.

Amounts that increase if it is considered that in the United States the prices indicated do not include taxes, which change depending on each state and are paid at the time of completion of the purchase.

Could be interesting: Effects of the war: Russian team suspends the contracts of five Latin American soccer players

And it is a fact that confirms the growing interest of the American public in soccer, especially among young people, in a country that, according to figures provided by the MLS, invested more than $7,000 million dollars in the construction of facilities for this sport.

The Spanish flag will not be missing at the Bank Of America stadium, because the palmero Miguel Ángel Ramírez is the coach of Charlotte FC and the Catalan Ilie Sánchez will wear the Galaxy shirt.

Keep reading: Mexican National Team When will the friendly match against Guatemala be?

City of deep sports passion, with the Hornets, owned by Michael Jordanin basketball, or the Carolina Panthers in American footballin Charlotte the madness was unleashed to accompany the “soccer” club in the first meeting of its history as a local.

The absolute premiere was last week and it did not end in the best way, Well, Ramírez’s team fell 0-3 in his visit to the more prepared DC United the Peruvian Edison Flores and the Ecuadorian international Michael Estrada.

But you can now count on a fully packed stadium to cheer you on and with all the comforts for the fan.

It was designed by the American architectural firm Populous, which built some of the most important stadiums in the world, such as the one in Wembley, Arsenal’s Emirates Stadium and Tottenham Stadium in London, as well as Yankee Stadium in New York.

Read more: FIFA assured 95% of income for the 2022 Qatar World Cup before it was played

It is a coliseum that usually houses the Panthers games and which receives world-class singers and groups such as Elton John or the Red Hot Chili Peppers. MLS sources told EFE that the Charlotte-Galaxy will break the record for spectators in the league and dwill leave behind Atlanta United, the true dominator of this classification.

The Mercedes Benz Arena in Atlanta came to receive 72,548 spectators in 2019 for a United game against the Galaxy. The previous year, in 2018, there were 72,243 for a United against the Seattle Sounders and 72,035 for a United-DC United.

Not even in the playoffs, the qualifiers that deliver the MLS champion title, were numbers like those expected by MLS in Charlotte, Well, the record is 73,019 viewers in December 2018, always with Atlanta as the protagonist.