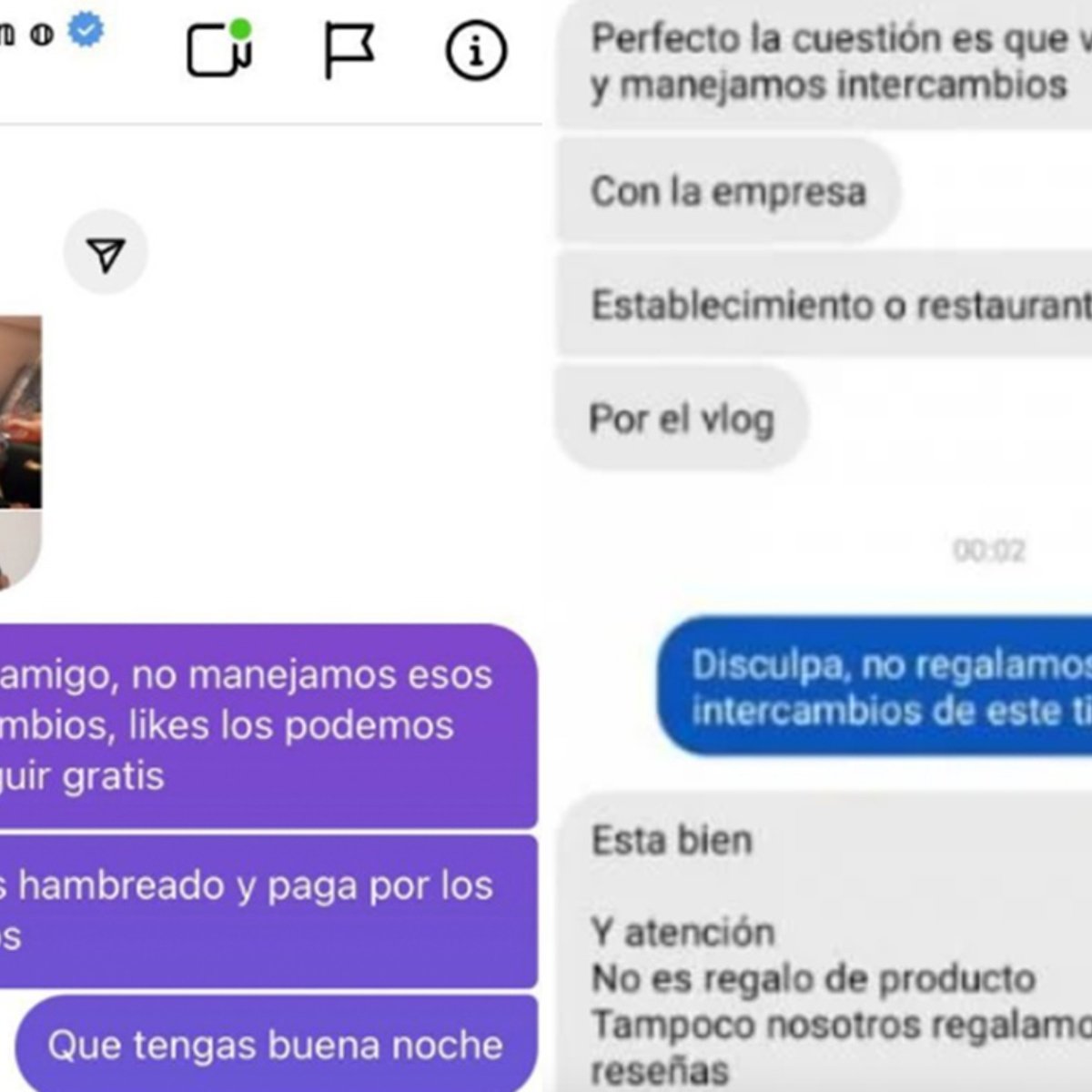 Some influencers have achieved popularity for the content they share on social networks, although several have taken advantage of their “fame” to ask for everything for free, so in AmericanPost.News We share with you who were exhibited for wanting gifts and free lodging.

These content creators seek to obtain services, gifts and even free food in exchange for promoting a service or product, but they have come across businessmen who are not interested in that opinion, and have even exhibited the controversial cases they have starred in.

Young people resort through mail to make the request to establishments or businessmen, but they have exposed some cases, ridiculing content creators who have requested from television stations or free stays in a hotel.

Influencers exposed for asking for everything for free

One of the most notorious cases was when it was aired that the former Exatlón athlete, Oscar Canoasked for information at a hotel in Oaxaca because he wanted to spend his birthday there and asked to stay 4 days, but when they told him that they would check the cost, he said that he could pay with advertising.

So the place answered him and asked him in the most friendly way to pay for the services. Another case was of content creators of the channel “Where are we going?”Well, they wanted a free service for 4 people, but the place told them no.

While the Spanish Cristina Pedroche He unleashed several criticisms for asking for a free television, even asking the brand to give it to him. Similarly, the British youtuber Ellle Darby she was exhibited because she wanted to stay in a hotel for 5 days totally free, but the place denied her.

The young woman had sent a letter to request the days in exchange for exposure on her social networks, but Paul Stenson displayed it on Facebook and said that it took balls to send an email like that.

It may interest you: Influencers who violated the 2021 electoral ban were fined 86 thousand pesos

Who are the most famous influencers?

Users have wondered who the most famous are and among the most popular are: Luisito Comunica, Kimberly Loaiza, Los Polinesios, Yuya, Juan de Dios Pantoja, Caeli, Juanpa Zurita, La Divaza, Juan Escamilla, Luisito Rey, among other celebrities. influencers.