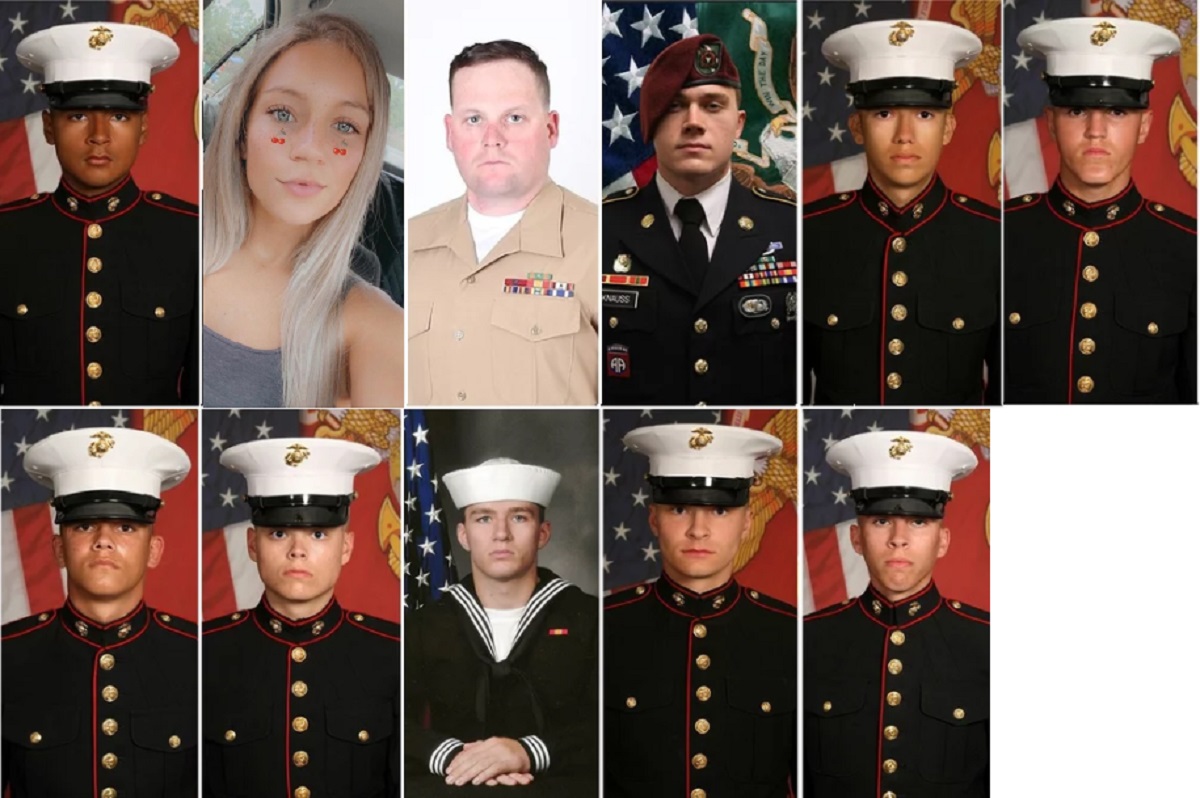 President Joe biden He traveled to the Dover Air Force Base in Delaware on Sunday to honor the 13 US soldiers killed in the suicide attack near the airport in Kabul, Afghanistan.

The remains of the military, who were between 20 and 31 years old, came from California, Massachusetts and other states. The president would meet privately with the soldiers’ families, while the attack was reported to another terrorist who tried to blow up a car near Kabul airport.

The Defense Department disclosed the identities of the 13 service members supporting Operation Freedom’s Sentinel, who were killed in the ISIS attack.

It is added that the soldiers died on August 26 as a result of “an enemy attack while supporting the evacuation operations of non-combatants”, in an incident that remains under investigation.

The Marine Corps mourned the death of 11 infantry, in addition to joining the pain of the Navy and the Army, to which two other soldiers belonged.

“These fallen heroes answered the call to put themselves in danger to do the honorable work of helping others. We are proud of your service and deeply saddened by your loss.“Said Gen. David H. Berger, Commandant of the Marine Corps.

Sergeant Gee posted on her Instagram account some of the work she did in Afghanistan, including rescuing children.

In addition to Johanny Rosariopichardo, from the Fifth Expeditionary Brigade of the Marine Corps. His photos were also shared on Instagram.

“The 13 service members we lost were heroes who made the ultimate sacrifice in service of our highest American ideals while saving the lives of others,” Biden said in a statement Saturday afternoon.

They advance with evacuation

The State Department said that efforts are continuing to evacuate Americans and allies from Afghanistan.

At the time, almost 5,500 US citizens had been withdrawn, this includes about 50 additional people in the last day, said a spokesman.

“There are approximately 250 Americans left in Afghanistan who told us they are trying to leave the country“States the Biden Administration. “Our team on the ground continues to coordinate 24-hour assistance for this group, taking into account the current security situation.”

It is added that a group of 280 who have identified themselves as Americans in Afghanistan, but who remain undecided about whether to leave the country, although their situation is monitored.