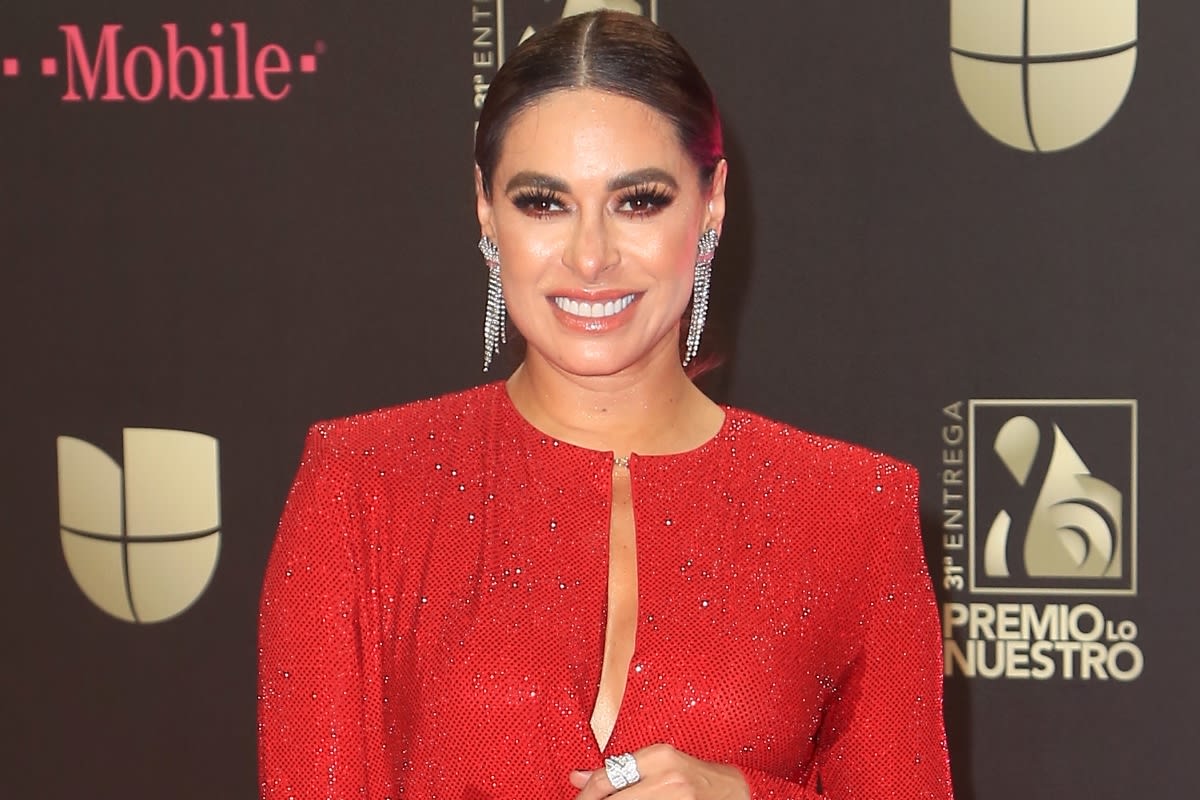 What’s going on with Gali? A wave of rumors is unleashed that assure that the Mexican Galilea Montijo is in very poor health, after her thousands of fans noticed her absence in the morning show “Hoy”, which many believed would be replaced by the former TV host Azteca, Tania Rincón.

It was last Monday, October 11, when many of the viewers were surprised to note that the host Galilea Montijo was not in the broadcast of the program that day, and the rumors of a possible exit intensified even more when they saw Tania Rincón as conductive.

Did you take a few days off?

After this, many of the faithful fans of Guadalajara wondered where Galilea Montijo was, since the rumors of a possible departure of the morning were gaining more force among users on social networks, causing the concern of many about this alleged change .

Faced with this wave of doubts, the Televisa program had no choice but to clarify all these comments, and it was Andrea Legarreta herself who assured that Guadalajara was only taking several days off and that Tania’s entry into the program had no nothing to do with that: “They ask me a lot about her, Gali still had a few days left on her vacation and she took it (…) and then they are wondering where she is or if Tania will take her place.”

She was taken to the hospital; They assure that Galilea Montijo is in delicate health

However, several days after this clarification began to be reported that this absence of Galilea Montijo in the magazine program “Hoy” was not so much due to the fact that he had taken the remaining days of his vacation as Andrea Legarreta said, but more good because he was in very poor health.

According to the newspaper El Heraldo de México, the journalist and columnist, Alex Kaffie assured that Galilea Montijo was taken to an emergency hospital last Saturday, as she presented several rises in her blood pressure, which were controlled within a few minutes. .

Also read:  Photos: "I swear we will get you out of there", threatens the brother of a narco from the Tropa del Infierno of the Northeast Cartel

His pressure rose; They assure that Galilea Montijo is in delicate health

Given this scenario, the driver was discharged that same day, however the doctors asked Galilea Montijo to take several days of absolute rest, in addition to some medications to control her pressure and improve her health, which was was a little damaged by these rises, the news was confirmed by the host this Thursday in her program.

On the other hand, the Instagram account of @ chamonic3 also released this news, where not only reported the health of the Mexican driver, but also argued that both the Guadalajara and her mother were concerned because they fear that they will also be investigated for justice due to the ties Galilea has with Inés Gómez Mont. TO SEE THE VIDEO CLICK HERE.

Are you afraid of being investigated ?; They assure that Galilea Montijo is in delicate health

At the bottom of the photograph, the Instagram account wrote the following message, which brought out the recent legal problem that Inés Gómez Mont and her husband have for alleged money laundering in the United States, which speaks of a figure of several million of weights:

“Galilea Montijo has been in poor health, last Saturday she had to be taken to the hospital because her blood pressure rose a lot, which caused her absence from the ‘Hoy’ program (…) I also learned that Galilea and even her Mom is very worried and stressed because she knows that she will be investigated for having a relationship with Inés Gómez Mont and her husband ”.

After this, many of the followers of @ chamonic3 assured that Galilea Montijo was probably having these health problems due to his concern: “More surely that is why his pressure went up”, “He will be worried because he knows he owes something hahaha” , “Now we understand why the pressure went up, so quiet that she walks on social networks, without showing off her thousands of luxuries.”

“Many luxuries that he showed, because that in the end it is better to live calm and happy with what one earns without pretending anything”, “Others who are going to get sick and go missing like Laura Bozzo and Inés, who walk in other countries and that is why they have not been able to catch them “,” Well, the one that owes nothing, fears nothing “,” It is giving him a trickle, he already senses that something is coming “, were one of the many comments that could be read in the publication. ANDREA LEGARRETA VIDEO HERE

Also read:  Galilea Montijo about to die in the aftermath of coronavirus

It was reported that the Mexican driver Galilea Montijo was in charge of paying all of her father’s medical expenses, as well as funeral expenses, thus paying about $ 50,000 for everything: “His father was hospitalized for 20 days, not ten. as she said ”.

It was last August 6 when the unfortunate news was released that the father of the driver from Guadalajara, Galilea Montijo, had died of complications from COVID-19, after being admitted to a private hospital for more than 10 days, This news was even given by the presenter through the program Today.

He paid his dad’s expenses

After this, the portal Infobae, He commented that his father, Gustavo Montijo, was admitted to a private hospital for 20 days, which generated a considerable amount in his stay, which his family had to pay after his death, however, the driver was not expected to arrive at pay more than a million pesos.

With information provided by the portal TV Notes, The 48-year-old driver paid more than a million pesos, that is, more than 50 thousand dollars, to pay for medical expenses, as well as the funeral. The latter was revealed by a friend from Galilee, where she even commented that her father wanted to see her but she did not accept.

Galilea Montijo paid $ 50,000 in medical expenses for his father

The source commented for the portal TV Notes the following, commenting that his father was actually hospitalized for 20 days and not ten as the host said in the program: “In these 20 days that Don Gustavo was hospitalized, because in reality there were 20 and not ten as she said, Galilea ran with all expenses ”, he commented.

Also read:  Carolina Sandoval triumphs in the White House; celebrities celebrate it and ask you to think about joining Congress

“These amounted to more than a million pesos, this because they took his father to a private hospital. I repeat, Galilea wanted, for his mother, that his father be well, and that he be saved, but God had other plans, “said the source close to Galilea for the magazine TV Notes.

He took on all of his dad’s medical expenses

Galilea Montijo’s friend commented that the driver’s father, Gustavo Montijo, was infected about a month ago, after he and his brother Omar made a trip to Nayarit to sell land that they owned. After this both became ill, however due to the advanced age of the man, he had to be hospitalized.

After such an unfortunate situation, his relatives let Galilea Montijo know what was happening, to which the driver decided to send him to a private hospital to prevent his mother from getting infected; Fortunately, Mrs. Rebeca Torres, mother of Hoy’s driver, was not infected.

“They could not make amends”

As if this were not enough, and despite the fact that Galilea Montijo paid all his father’s medical expenses, he and the driver could never make peace, since everything seemed to indicate that the Guadalajara could not forget that his father abandoned his mother already his sisters when he was 11 years old.

“They couldn’t make peace, Don Gustavo died wanting to see his daughter, hug her, and ask her forgiveness, but Galilea didn’t even want to talk to him when he was hospitalized. In other words, he did support him financially throughout the illness, but he did not want to see him again, ”confirmed the source for the portal.