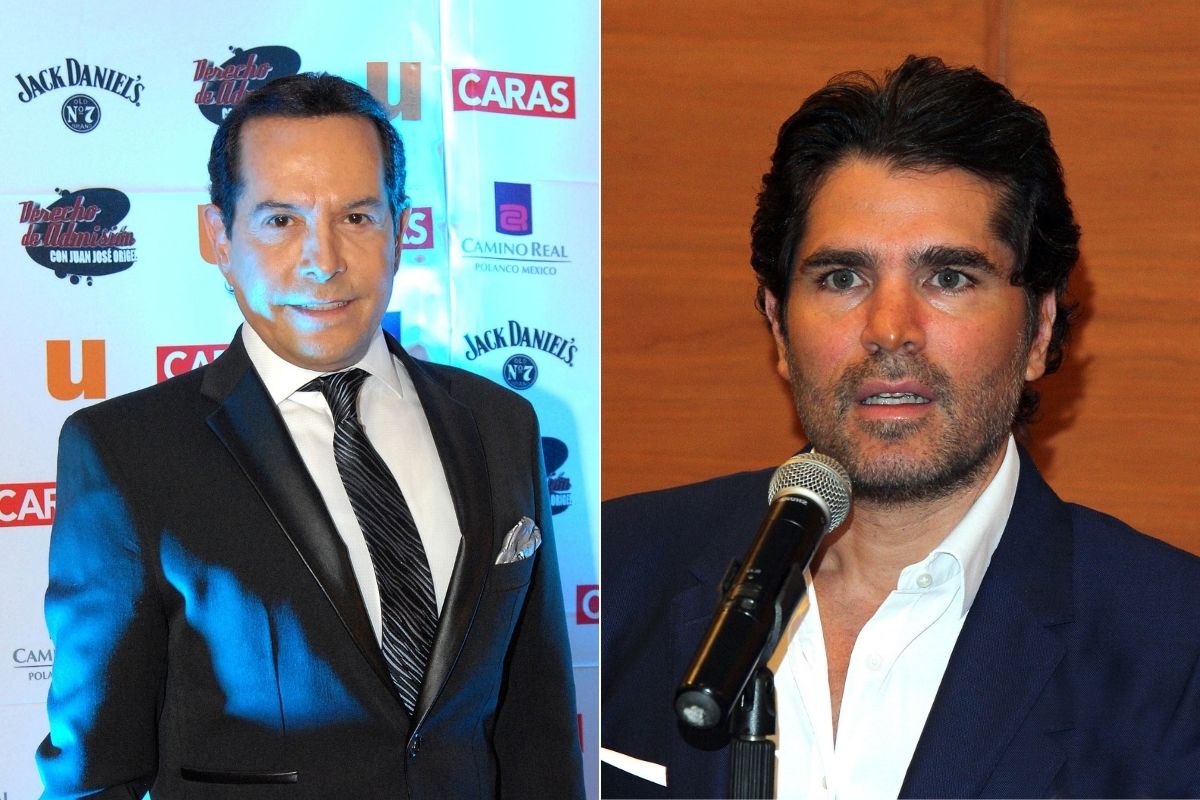 They assure that Juan José Origel and Eduardo Verástegui were a couple – Photo: Mezcaliente / Mezcaliente

Juan José Origel is placed again in the middle of a controversy after an influencer known as Patti Limón revealed exclusively for Chisme No Like that the Mexican presenter had a soap opera heartthrob as a partner.

The news has already caused great surprise and not because of the driver’s sexual preference, but because they pointed to Eduardo Verastegui of being the person who sought to have the love bond with Origel in order to achieve fame and become better known in the industry.

“I know from a very good source that he is an upstart person who is a convener”, said the influencer referring to Eduardo.

Patti is a follower of Verástegui whom she met when he ran a religious foundation. According to her story, being too close to Eduardo’s environment, the most intimate rumors and secrets of his idol reached his ears like the romance with the entertainment journalist.

“Pepillo Origel was one of the first who was in romance with Eduardo Verástegui, I know from a very good source. They had an affair that began in Acapulco. Pepillo told the people who were there at the time and he was very proud of that romance,” Limón assured.

However, the relationship for Eduardo would have been solely for convenience: “Try to get to the top through the people who are important, whether in the world of entertainment or politics,” he said throughout the interview.

“He is always with people who have money, with high-ranking people, you do not represent something important to him, he doesn’t take time with you if you don’t have any benefit for him”, he added.

It is worth mentioning that in 2008 the Mexican actor joined the battle that several groups promoted in California to overthrow the law that allowed civil unions between same-sex couples.

Although for 2020 another rumor arose about an alleged affair with the former president of Mexico, Enrique Peña Nieto, this for some photographs that showed the actor on the presidential plane.

However, Verástegui explained, in the same way for the program by Javier Ceriani and Elisa Beristain who on that occasion was invited by the then first lady, Angélica Rivera, to make a trip and meet Pope Francis.

As a young man he had been one of the three members of the pop group Kairo, a sort of Mexican-style Backstreet Boys that had great success at the end of the 90s, although in reality his great vocation was acting.

Taking advantage of the success of the musical group, Verástegui got various roles in telenovelas such as ‘Soñadoras’, ‘Tres mujeres’ or ‘Alma Rebelde’. The Televisa heartthrob was even nominated for Best Young Actor at the TVyNovelas awards.