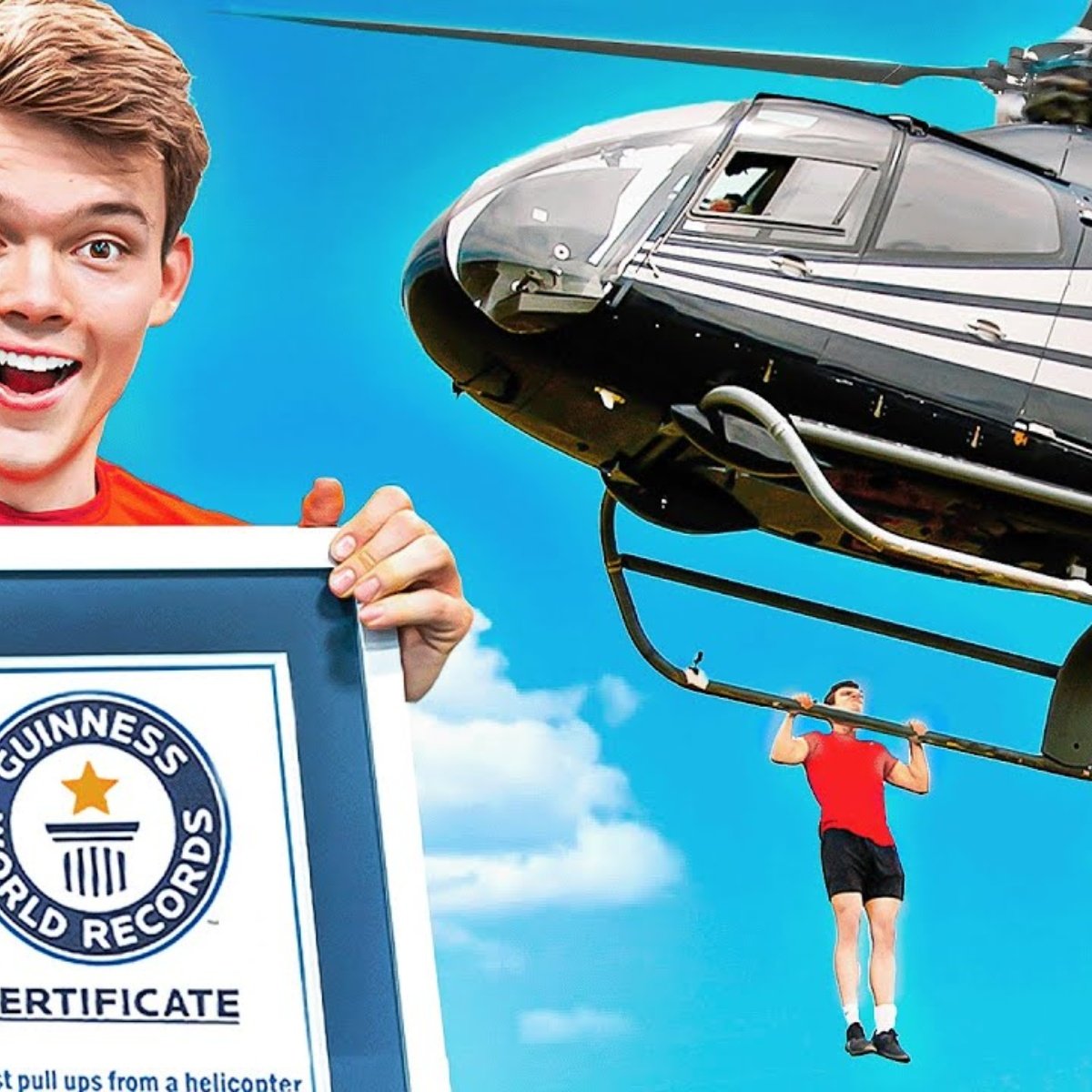 The record for more dominated From a helicopter in a minute now belongs to Stan Bruinincksince he managed to do 25 pull-ups in the Hoevenen airfield in Antwerp, Belgiumif you are a fan of fitnessyou should be proud of the number of pull-ups you can do.

While it may sound scary to you, this is exactly what two YouTubers from the Netherlands did when they tried to break a Guinness World Record. Dutch YouTubers and fitness enthusiasts Stan Browney, whose real name is Stan Bruininck, and Arjen Albers attempted to break the record at Hoevenen Airfield in Antwerp, Belgium on July 6 under the watchful eye of a Guinness World Records adjudicator, according to the GWR website.

He managed to do 25 pull-ups in one minute.

And now the record for the most pull-ups from a helicopter in one minute belongs to Stan Bruininck, as he managed to do 25 pull-ups. The previous record was 23 pull-ups achieved by Roman Sahradyan of Armenia in October 2021, according to the GWR website.

During the attempt to break the record, Arjen Albers was first and achieved 24 pull-ups surpassing the previous record by one pull-up. Stan topped that number and rose to the challenge with a record 25 pull-ups.

A video posted on Stan Browney’s Instagram page stanbrowney shows him attempting to break the record. He also uploaded couple photos of him and the Guinness World Records adjudicator posing with their world record certificates.

To prepare for the record attempt, the two athletes used a slippery PVC pipe suspended from ropes to simulate the movements of a helicopter. It also took them 15 days to find a helicopter to rent.