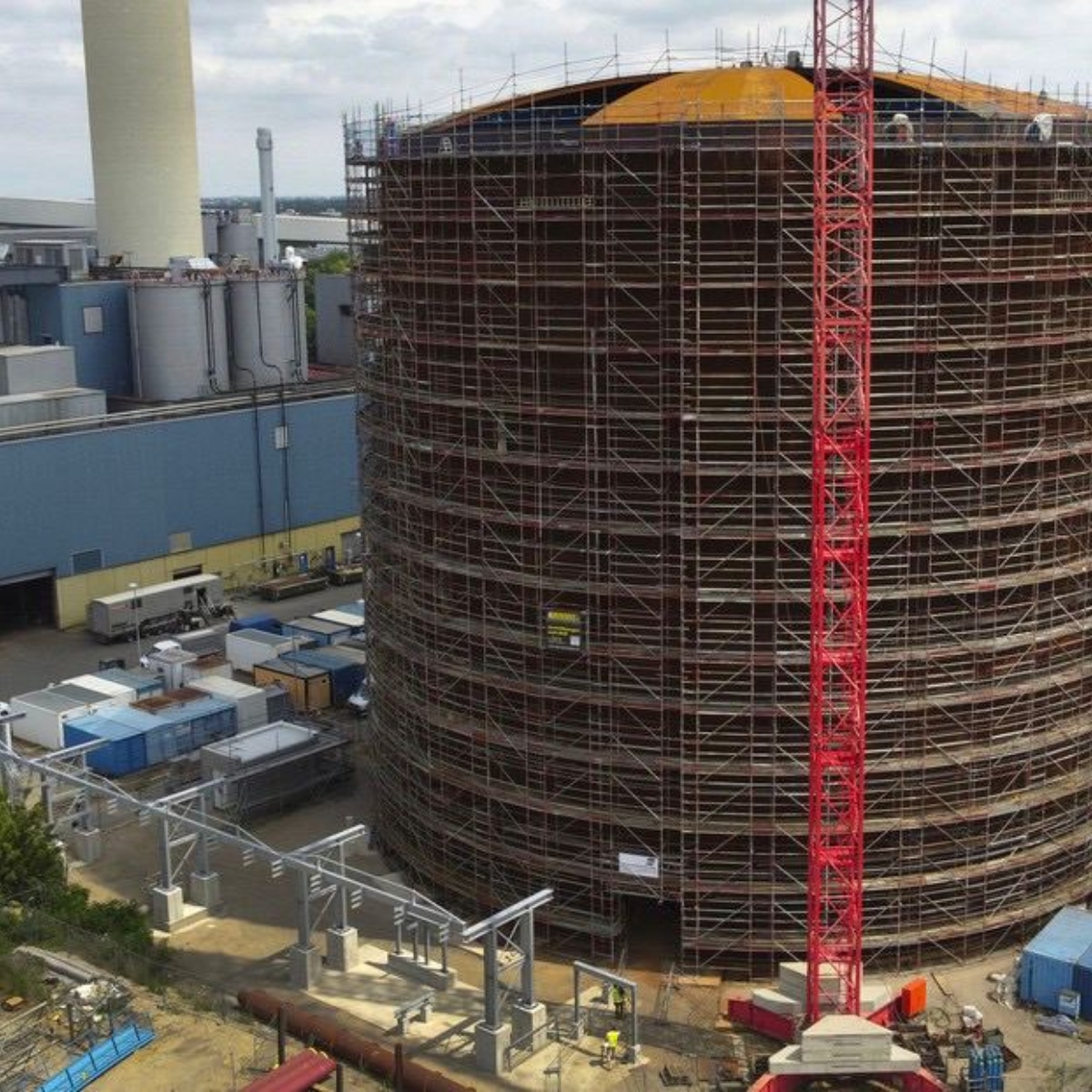 A huge tower steel in Berlin Germanywill have a similar purpose to a thermos of coffee this next winterlocal media reported.

The tower, located on an industrial site near the banks of Berlin’s River Spree, will provide homes with heat using a method similar to thermoses. It is approximately 150 feet (45 meters) tall and holds 14.8 million gallons (56 million liters) of hot water.

Journalists are seen inside a vast thermal tank to store hot water in Berlin, Germany. Power provider Vattenfall unveiled a new facility that turns solar and wind energy into heat, which can be stored in a vast thermal tank and released into the capital’s grid as needed. pic.twitter.com/b7SrHYENAv

The new installation was inaugurated this week, Thursday June 30, at the Reuter power station in Vattenfall. It will be the largest heat storage facility in Europe once it is completed by the end of the year. It is worth noting that a larger version is already planned to be built in the Netherlands.

According to the tower’s developer, the utility company Vattenfall, it will heat Berlin homes this winter even if Russia cuts gas supplies due to Western sanctions following the invasion of Ukraine.

The Berlin tower will have the dual benefit of reducing dependency on Russian gas supplies and also reducing the emissions used to heat water when needed. The facility contains water that approaches boiling temperature thanks to electricity from German solar and wind power plants. When renewable energy exceeds demand, it can be used to heat the tower.

Coal and gas-fired district heating systems typically burn as much fossil fuel as needed to meet their targets, contributing to carbon emissions that cause climate change.

Other companies are working on smaller renewable energy storage technologies using phase-change materials, but Berlin’s new heat tower and the Netherlands’ own version in the works could help reduce emissions on a large scale.