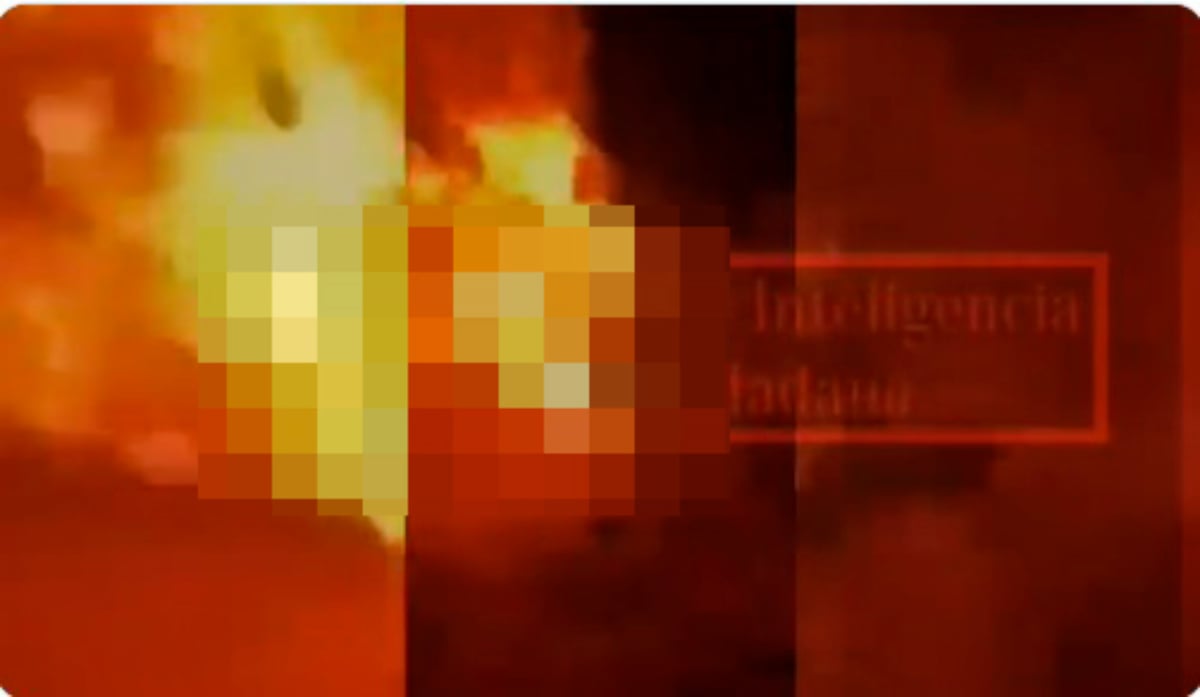 The violence in the state of Colima every day it intensifies where the criminal groups are vying for control of the territory, where recently a man was burned alive by alleged members of the “Los Mezcales” gang“, alleged armed wing of the Colima Independent Cartellead by Jose Bernabe Brizuela Meraz, “The Cow”.

The events were recorded on video, which was shared on the Twitter account of the Citizen Intelligence Unit, where you see a man with his hands tied, begging for his life.

According to what was posted on Twitter, the man was captured and burned alive on the orders of “La Vaca”, leader of the Independent Colima cartel, which maintains a fierce fight against the Jalisco New Generation cartel (CJNG), headed by Nemesio Oseguera “El Mencho”.

Although it is not highlighted whether the man burned alive belongs to the CJNG or to another of the criminal groups that operates in the state of Colima, it is stated that it was by order of “La Vaca”.

Man begs for his life to “Los Mezcales”

In the images, the man is seen without a shirt, kneeling on the ground and tied by the hands.

“I’m telling the truth, crazy, don’t be sloppy (bad)”, he told the man in an apparent interrogation by “Los Mezcales”, but almost immediately, a subject who is standing next to him, sets him on fire.

The screams of the tied man are heard immediately and he rolls on the ground trying to put out the fire and mitigate the pain, but it is impossible for him and time later he stops moving, only his moans are heard.

The video lasts only 30 seconds, but it shows the rampant violence that is recorded in the state of Colima.

“Los Mezcales” was the armed wing of the CJNG

The group of “Los Mezcales” claimed responsibility for the crime. The identity of the victim is unknown at this time.

“Los Mezcales” is a cell that defected from the CJNG, which has unleashed a sharp escalation of violence in Colima.

You may also like:
-Police chief of Ameca, Jalisco was an informant for the CJNG; The United States blocks assets of a support group for “El Mencho”
– “La Mosca”, alleged leader of the CJNG in Zacatecas is linked to the process
– “Chapo’s family gives free food,” a man revealed to journalists during a checkpoint in Badiraguato
–VIDEO: Armed men dressed as soldiers dance at a wedding, in Guerrero, a state disputed by the CJNG