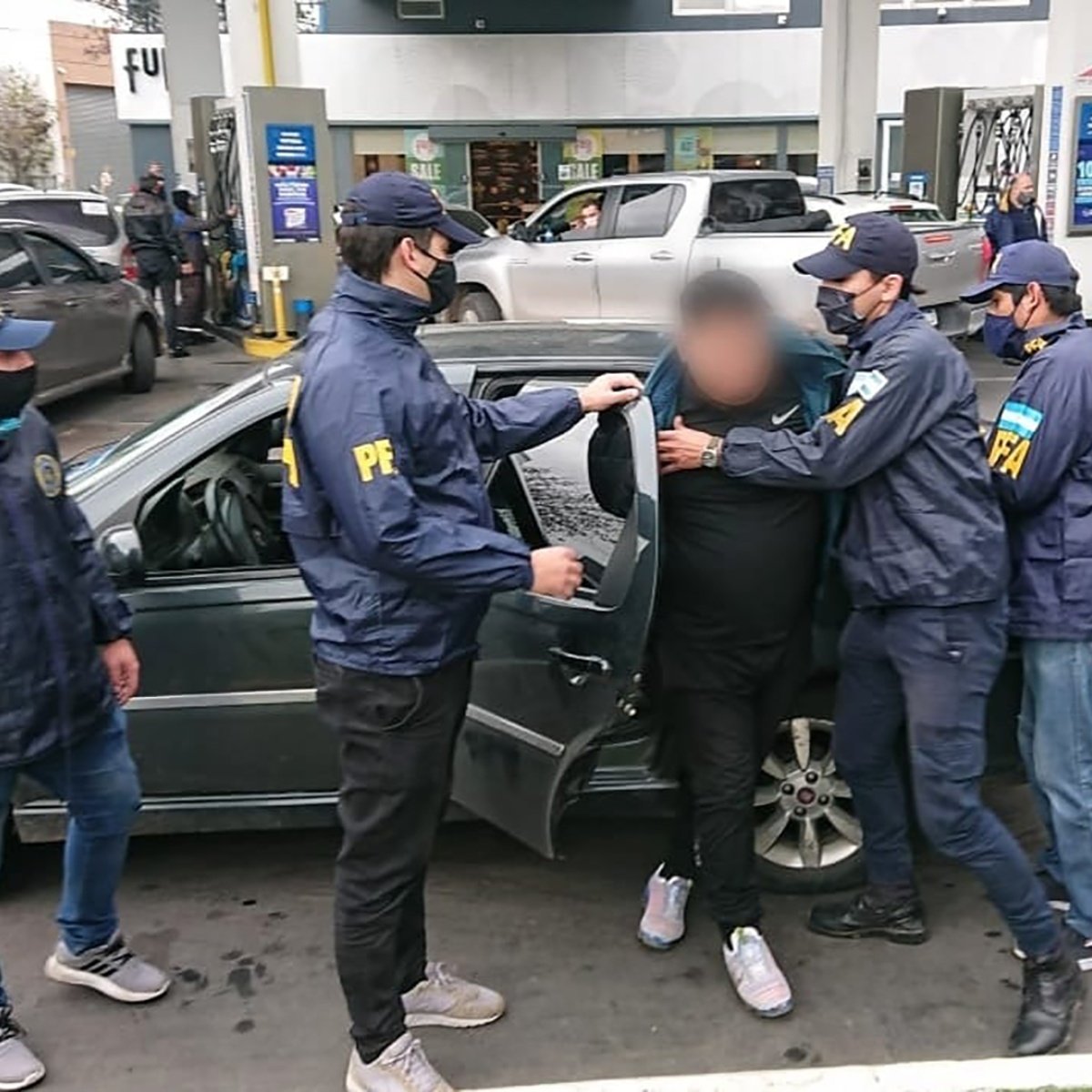 Raúl Martín Maylli Rivera, the drug kingpin of the Mugica neighborhood of Villa Lugano who had been on the run since May 2021, was arrested in the last hours in Lima, Peru, after an operation that included Peruvian forces and the PFA. He had evaded justice after taking control of drug sales in the Mugica neighborhood of Villa Lugano with teenage soldiers that included young members of his family and shooting confrontations that generated the indignation of neighbors.

Later, his gang entered Villa 1-11-14, where he shared power with the clan of deported drug lord “Marcos” Estrada Gonzalez. Detectives investigating the area speak of a triumvirate between “Marcos”, his brother “Piti” and “Dumbo”, in a rotation to control the lucrative cocaine sales shifts in the settlement. Maylli Rivera, son of a historical member of the organization, born into the clan’s ranks, with a past conviction for homicide in Peru, had returned to Bajo Flores as a guarantor of terror, providing narco personnel to control the situation. In Villa Lugano he applied, precisely, the methods of territorial control that he had learned with Estrada Gonzalez’s gang. Several myths were woven around his clandestine movements: it was said that he “went down to 11-14″ to control the area in person with total impunity.

Finally, he was found in the area of Parque San Silvestre, in San Juan de Lurigancho, meters away from a police station. According to sources in the case file, a series of internal events in his gang that led his accomplices to travel to Lima made it possible to track him down.

His capture was an international effort, after failed raids in Moreno, where he left behind a farm with ducks and a coati, or a house in the northern part of the Conurbano where he abandoned his clothes. He had become a prized booty for several security forces that wanted to capture him. “Everyone wants to put ‘Dumbo’ in jail”, a high official of the Federal Justice assured weeks ago.

The case against the capo and his organization is in the hands of PROCUNAR, the area of the Attorney General’s Office dedicated to investigating drug trafficking crimes under federal prosecutor Diego Iglesias and an original case under Buenos Aires prosecutor Celsa Ramirez. Translated with www.DeepL.com/Translator (free version)

The story of his arrival to power narco dumbo

The old judicial history portrays him as a kind of hitman from Bajo Flores. Memorable investigators remember him from the old cases of “Marcos” Estrada, now deported after being sentenced to 25 years in prison, before he was investigated by Federal Court No. 11: Maylli Rivera’s name does not appear in the dozens of rulings and injunctions resulting from the investigation of Estrada.

In 2006, “Dumbo” asked to be transferred to a prison in Lima, a request endorsed by the State. “He is serving a sentence in Argentina for the crimes of homicide, aggravated unlawful deprivation of liberty and threats,” states a document from his country, which details how he was locked up in an Argentine federal prison. Other judicial investigations reveal that he began to gain more prominence in the “Marcos” gang around 2017. They place him close to Fernando, alias “Pity,” Estrada’s brother, who inherited control of the business.

Then, allegedly, “Dumbo” broke the link and headed for the plateas in the Mugica neighborhood, a territory without a capo.

There is also a coincidence due to the paternal surname. Anatolio Maylli Flores is now 70 years old, “El Viejo Cuadra” or “El Viejo Menem” nicknamed him. He was arrested in September 2012 in 1-11-14, they seized his cell phone, with incriminating contents.

He was part of a contingent, men of the old “Marcos” gang, with names like Nelson Nike Huamanchumo or Jhon Paul Revilla Estrada, with whom “Dumbo” would have closer ties, with an exchange of messages by phone. Jhon Paul, twice deported from Argentina, a former second line, today is one of the strong men in Bajo Flores.