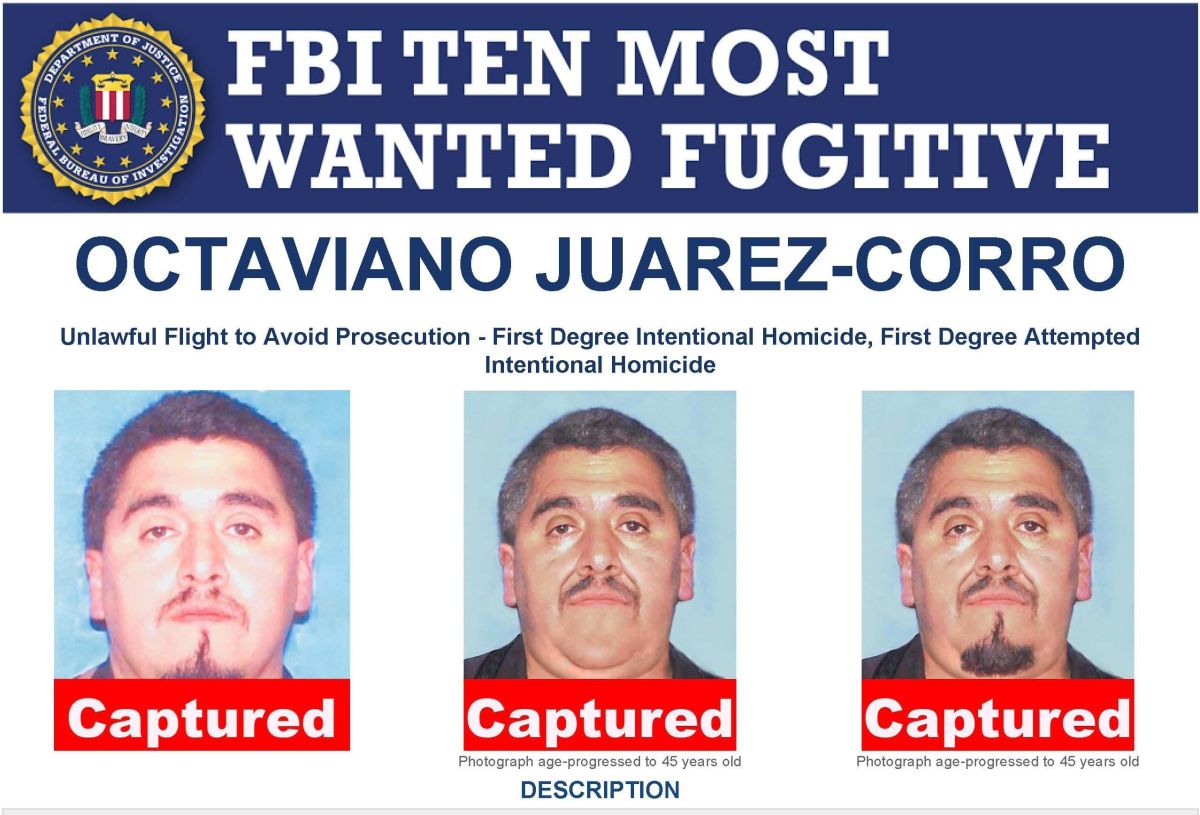 A suspect included in the list of the ten most wanted by the Federal Bureau of Investigation (FBI) for allegedly shooting in 2006 a group of people celebrating Memorial Day in a Milwaukee park in Wisconsin, he was arrested in Mexico, the federal agency reported this Friday.

Octaviano Juárez Corro was wanted for almost 16 years on suspicion of killing two people and injuring three others. in the attack carried out in May 2006.

The Hispanic’s name was added to the FBI’s 10 Most Wanted list in September 2021 and a reward of up to $10,000 was offered for information leading to his capture.

According to an FBI statement, Juárez Corro was arrested on the night of February 3 by Mexican authorities in Zapopan, Jalisco.

Michael Hensle, agent in charge of the FBI office in Milwaukee, noted in the statement that for 16 years Juárez Corro had been hiding in another country, “believing that time and distance were on his side.”

The indictment against Juárez Corro alleges that on May 29, 2006, the suspect entered the park, where a large number of families were celebrating Memorial Day, including his wife, whom he was divorcing, and their daughter.

After entering the park, Juárez Corro opened fire. Two people died. His wife suffered two gunshot wounds but she survived, as did two other people who were injured in the attack.

“With his capture, we are one step closer to achieving justice and closure for the victims, the families of the victims, and all who were affected by this tragic incident,” Milwaukee Police Chief Jeffrey Norman said in the statement. release.

Both Hensle and Norman thanked the Zapopan Municipal Police and the Mexican Attorney General’s Office for their coordination in the defendant’s arrest.