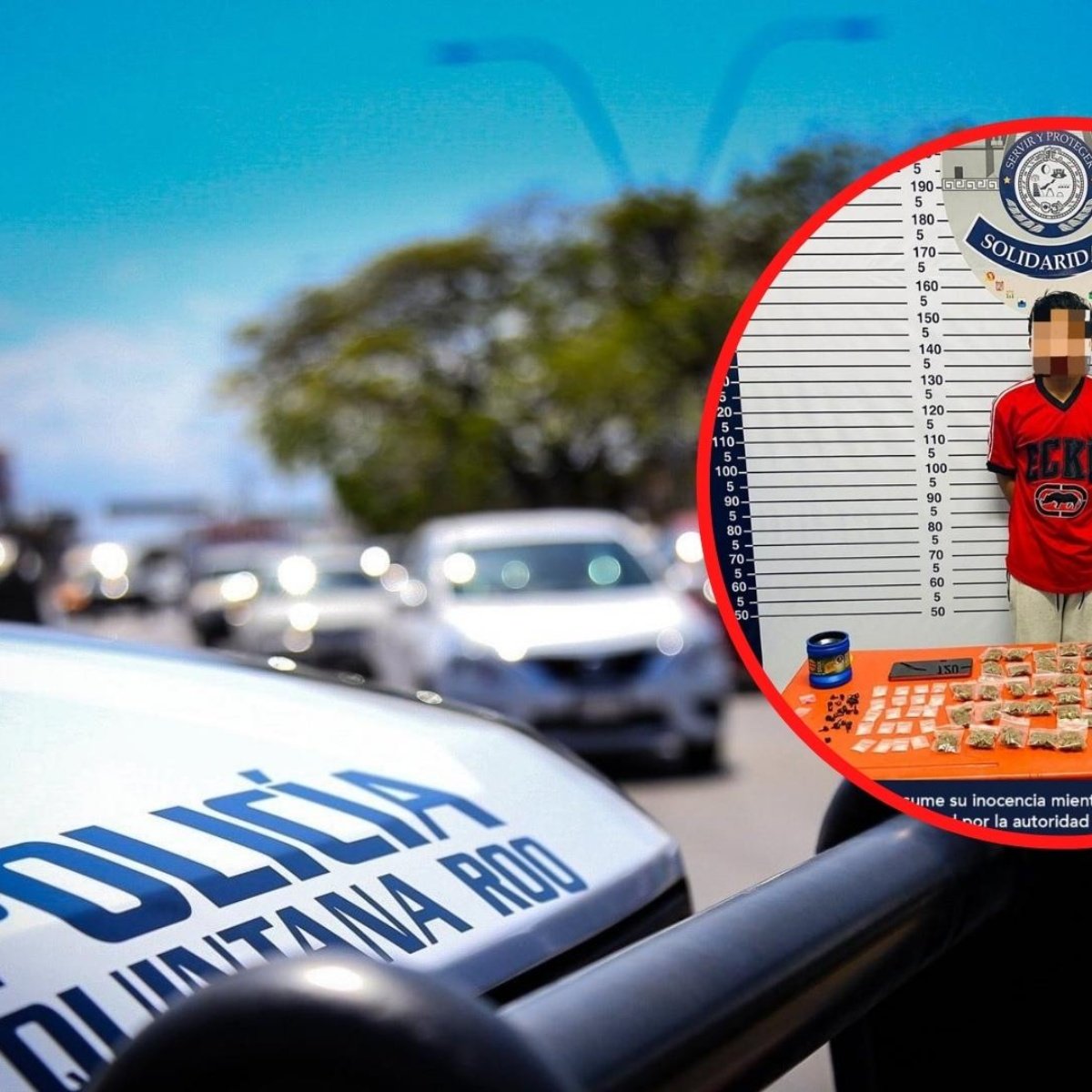 The sale and distribution of drugs has been increasingly frequent among minors, and in recent months they have arrested youngsters in Cancun and Playa del Carmen. Such a case was what happened in Solidaridad, where a minor was arrested by elements of the Quintana Roo Police in the aforementioned municipality.

According to official information, the arrest occurred in the subdivision Villas del Sol when the emergency number 9-1-1 alerted the authorities that on Laak Avenue and Los Gansos Avenue, a subject, apparently a minor, offered drugs to everyone who passed in the area, even forcing them to buy.

In minutes, the officers arrived at the point and began the search and location operation, which managed to locate the alleged culprit in the aforementioned subdivision, which is why they asked him to stop to carry out a security inspection and which showed that they had various doses of drugs of various kinds.

The police found among his belongings 49 bags with possible marijuana, 20 bags with a crystalline drug-like substance called crystal, 25 wrappers with a solid substance to be determined and 4 bags with pink pills of the characteristics of the drug called ecstasy. It is important to note that they did not find any firearms.

The drug dealer was identified as Manuel “N”, 15 years old, originally from the state of Yucatan, who was taken to the facilities of the Municipal Secretariat of Public Security of Solidarity, for the corresponding procedures, to later be taken to the Specialized Prosecutor’s Office for Children and Adolescents for the possible commission of crimes against health.

Lastly, it should be remembered that just on February 18 they arrested five people dedicated to drug dealing, who had in their possession more than 2,000 doses of marijuana, as well as firearms and hundreds of useful short-arm cartridges, according to authorities , this was a hard blow to drug dealing in Playa del Carmen.