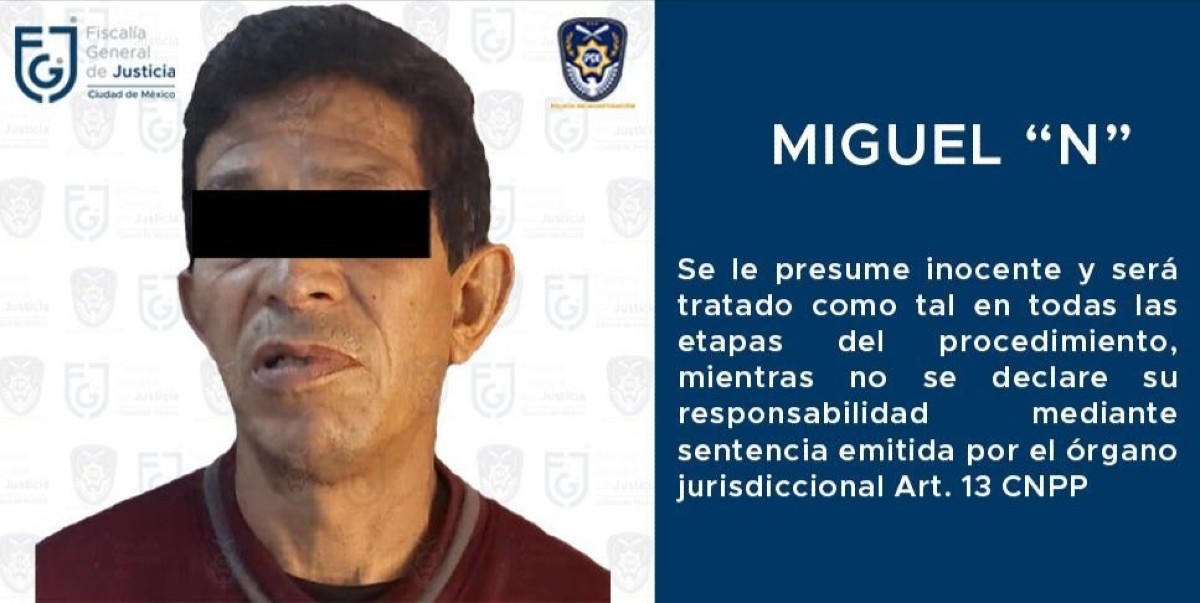 The Attorney General’s Office (FGJ) of Mexico City linked the process of Miguel Ángel “N”, alleged “serial violator of Periférico”, for one of 32 attacks he is charged with.

The man was detained in the past days in the mayor’s office Álvaro ObregónAfter several months of investigation, the authorities arrested the suspect about two weeks ago.

Until now, a judge linked him to trial for one of the assaults as they continue to investigate the rest of the attacks.

The man was imposed preventive detention Therefore, he will remain in the North Male Preventive Prison.

In addition to the accusations for sexual crimes, the alleged offender was linked to proceedings for crimes against health, since, in the middle of his arrest, agents seized 40 bags with alleged marijuana.

The head of the capital prosecutor’s office, Ernestina Godoy, specified, as quoted by El Universal, that so far Miguel Ángel “N” has been linked to 32 investigation folders. Of those, in 15 DNA traces were found, which would imply a direct relationship between the aggressor and the victims. It is expected that in the next few days, the Public Ministry will request new arrest warrants for these events.

“However, the staff of this Prosecutor’s Office continues the ministerial work to relate it to other complaints of sexual attacks that occurred in Mexico City, which would add up to 32 cases in total,” Godoy anticipated.

The subject, according to the authorities, operated in a corridor parallel to the Peripheral Ring, from north to south, from the Miguel Hidalgo mayor’s office to Magdalena Contreras.

The alleged pervert approached his victims under the pretext of asking about some place and when he realized that no one was around, he threatened them with a knife, hugged them and walked with them pretending that he was their partner.

Last Saturday, the man was brought to trial for the most recent violation that Benito Juárez would have committed on the streets of the mayor’s office, on October 8.