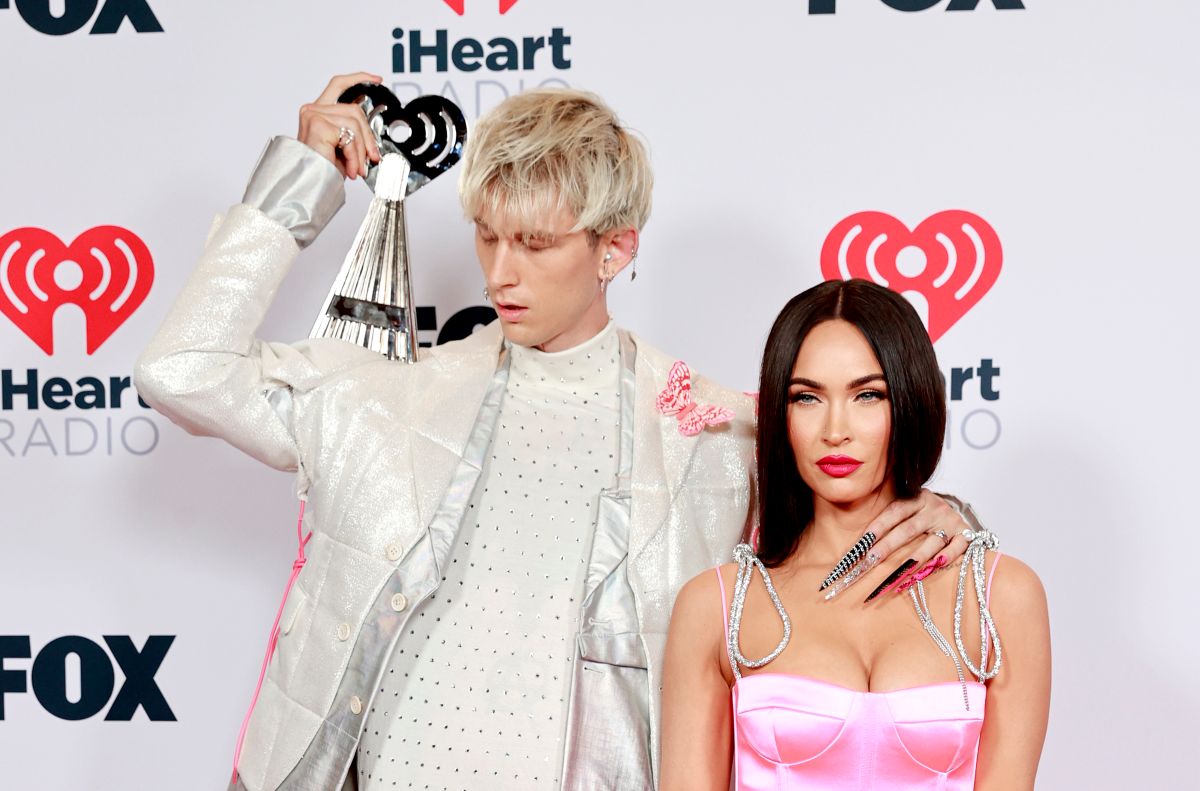 From the beginning of their relationship Megan fox and Machine Gun Kelly they do not cease to amaze with their unique style And as expected, in his last public appearance he was no exception.

When it seemed like they wouldn’t be able to surprise us with their public displays of devotion, the couple outdid themselves posing literally chained on a red carpet in West Hollywood.

When it comes to the launch of the singer’s nail polish collection, UN / DN LAQR, the two wanted to bet on a very original manicure in pink, which It included a chain that went from the musician’s left little finger to the same finger on his girlfriend’s right hand.

This last great gesture is, without a doubt, at the height of the necklace with a drop of his blood that Megan gave to Colson, as the artist is called, when they had to separate for a few weeks or the tattoo that he made with the nickname affectionate of the actress as a token of her love.

However, the bride and groom’s coordination did not stop there, as they also wore similar black suits and silver accessories.

There is no doubt that Megan has starred in some of her most unforgettable moments on the red carpet since she made her romantic relationship with MGK official: last May she wore a highly provocative creation by Mugler that gave a lot to talk about at the Billboard Music Awards and In September, she appeared in a see-through dress that showed more than it was hiding at the MTV VMA gala.

She later admitted that she had to put aside sportswear and improve her wardrobe when she began to be seen in public with her boyfriend.

“We try to coordinate our outfits,” she recently assured on the Jimmy Kimmel show. “It’s something that I have started to do with him because he dresses in a very extravagant way. I have to be at their level, ”he said.