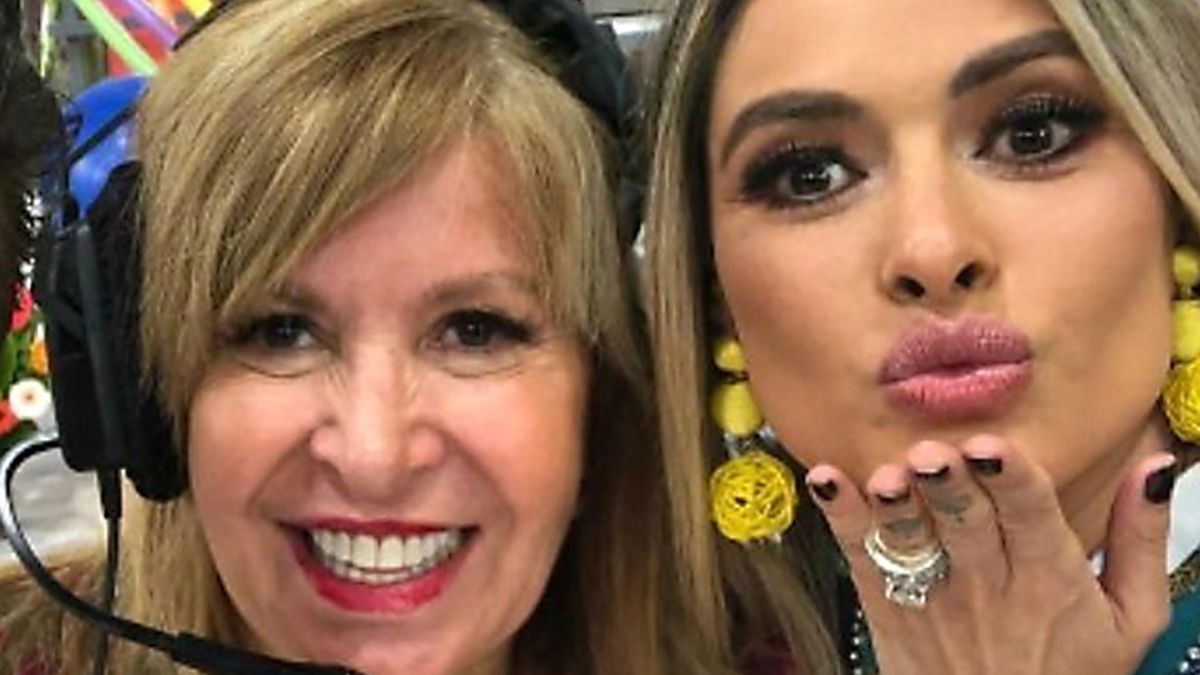 The Televisa program, “Hoy”, is once again involved in controversies, this time the beautiful driver of Hoy, Galilea Montijo He became a topic of conversation on social networks after sharing a couple of photographs that captured the attention of his millions of followers, who assured that he received a signal from beyond.

In the middle of “Day of the Dead”, the most popular famous host of Televisa uploaded some images living with a beautiful monarch butterfly, so Internet users told her that a relative took advantage of the Mexican tradition to come and visit her.

Before her more than nine million followers, the also presenter of “The Stars Dance Today” He shared the emotional encounter he had with a monarch butterfly, which decided to stay for a long time on his beautiful face.

In the images we see Galilea Montijo demonstrate that the animal was real because it made slight movements with its legs. Despite walking for several meters, the monarch butterfly remained firm in the mouth of the host of “Hoy”.

As expected, users on social networks were present in the publication assuring that the animal was sending a signal from the beyond in the middle of the Day of the Dead, one of the most important traditions in Mexico.

Internet users told the Hoy host that possibly the monarch butterfly was the reincarnation of her father, who lost his life a few months ago, a victim of the new Covid-19 coronavirus. Others said it could be Magda Rodríguez, a former Hoy producer who passed away a year ago.

“It’s Magda Rodríguez”, “It’s your dad” and “Beautiful couple”, were some of the reactions generated by the recent publication of the presenter of Hoy in social networks.

The monarch butterfly has always been related to death because the pre-Hispanic culture considered them as the bearers of the “souls of the dead.”

The belief details that the monarch butterfly is in charge of announcing the arrival of the dead to the world of the living. The tradition was adopted by cultures such as Mixecas, Tolteca, Teotihuacán, and Zapotecs.