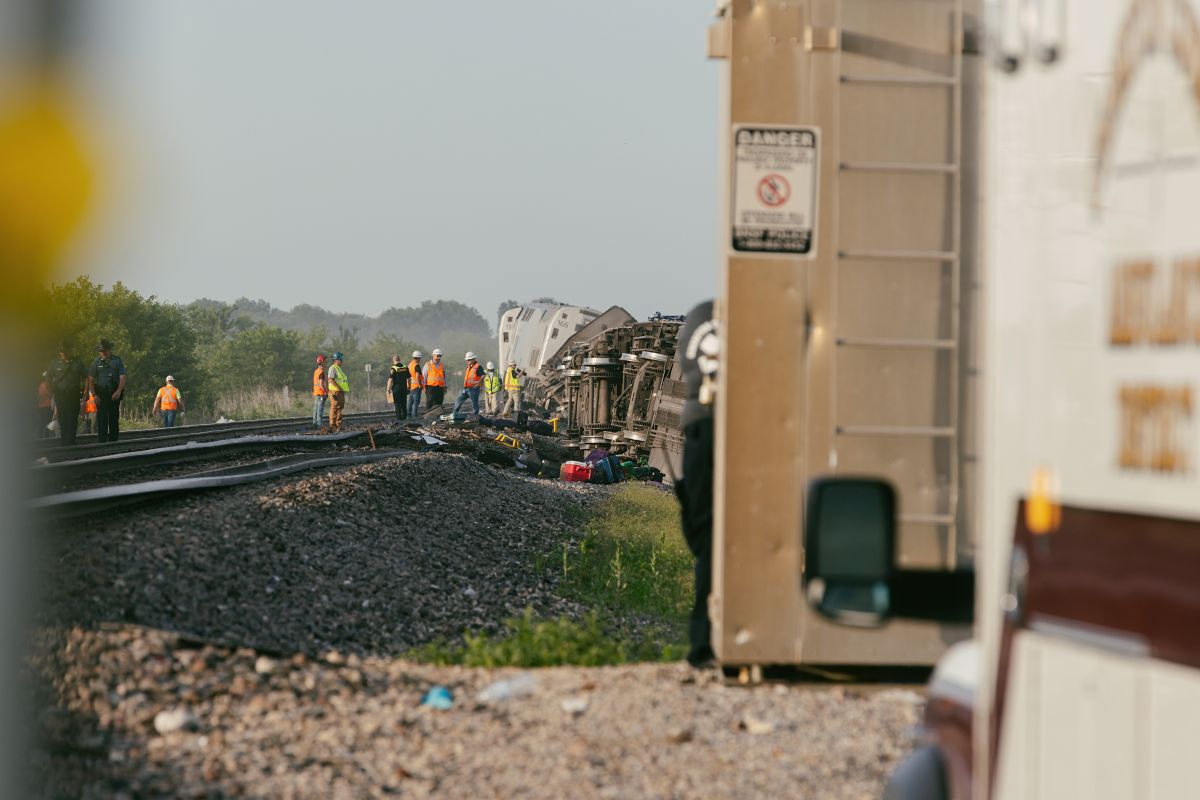 After the tragic accident of an Amtrak train that derailed in Mendon, Missouri, after hitting a dump truck, was recorded, The Missouri Highway Patrol reported Tuesday that the death toll has risen to four.

One of the victims was the driver of the dump truck, while three deceased were passengers on the train. The recent reported victim died after being transported to the hospital. There were also 150 injuries, the Missouri Highway Patrol said..

The 150 passengers and crew who were injured were taken from the scene to 10 local hospitals. Some of them had minor injuries while others had serious injuries; however, it has not been specified what type of injuries they suffered, Fox 2 Now reported.

A team of 16 investigators belonging to the National Transportation Safety Board (NTSB) began their investigation on Tuesday. about the reasons that led to the crash between the dump truck and the train, the Washington Post reported.

The train was en route from Los Angeles to Chicago when it derailed while carrying 275 passengers and 12 crew members. The injured were sent to hospitals in Missouri, Columbia and Kansas City.

For its part, Amtrak has pledged to support the NTSB’s investigation, saying it continues to help passengers who stayed overnight at nearby schools and other shelters. The intercity state network added that passengers have been diverted to their destinations on board trains or buses.

The fatal collision in Missouri was the second in two days involving an Amtrak train, after three people died Sunday after a train passing through an intersection without going through the gates in rural Brentwood, California, collided. with a passenger car. Two people were seriously injured, authorities reported, CNN reported.

The three deceased and two injured were in the vehicle, and were attending an event near the train route.. The two injured, a child and an adult, were flown to local hospitals, said Steve Aubert, chief of the East Contra Costa County Fire Protection District.

You may also like:
• Three Hispanic dead: runaway car jumped and landed on Amtrak train tracks in New York
• Three people dead and one injured after an Amtrak train collided with a car in South Carolina
• Man dies after his arm gets stuck in the door of a Boston Red Line Metro train