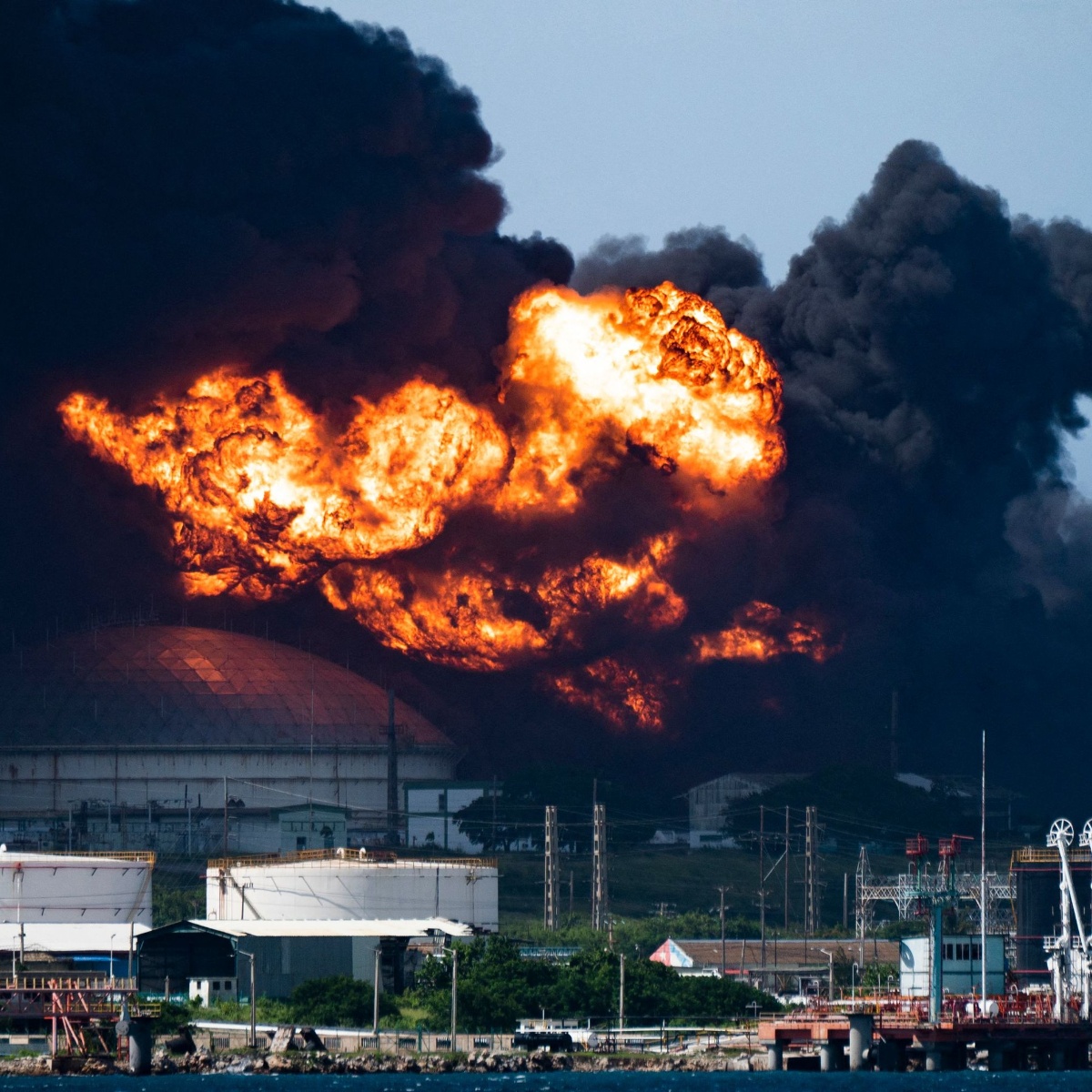 After almost 48 hours of a fire caused by the explosion of two tanks with thousands of liters of fuel in Cubafirefighters and fire relief groups Venezuela Y Mexico they managed to contain the flames of one of these.

All the information was provided by the head of the communist party in the Matanzas region, Susely Morfa, who spoke about the process that these specialized teams carry out in order to control a fire caused by lightning in the middle of a storm.

“The fire caused by a fuel spill from the first damaged tank was put out. The first tank is without flames at the moment and the second is burning and deformed”, he communicated.

The tank turned off by the firefighters contained 25,000 cubic meters of oil, which had been burning since Friday at 7:00 p.m., when lightning struck two of the tanks and started the fire that has already claimed one victim.

Fire in Cuba is still active

Despite this news, the second tank still needs to be controlled, and it was mentioned that it is still on fire, although it could be a matter of hours to be able to control it like the first, after Mexico will send support to Cuba, as mentioned by the presidents of both nations and we tell you in AmericanPost.News.

Along with this, a third container had to be stabilized so that it would not have any adverse reaction, similar to what the other two had already had after the lightning strike, which although it has not left many confirmed deaths, in the next few hours it could have plus.

It may interest you: Fire in Cuba: Mexico sends support groups from the army and Pemex

Victims in the Cuban fire

The explosion not only left material and economic damage, since from the beginning the disappearances of 17 firefighters were reported, of which one appeared dead on Saturday, being the first fatality of the incident.

In addition, there are more than 100 wounded, some of whom are in a critical, serious and emergency condition, for which they were taken to hospitals to be treated, and thus save their lives, but little is known about their evolution.