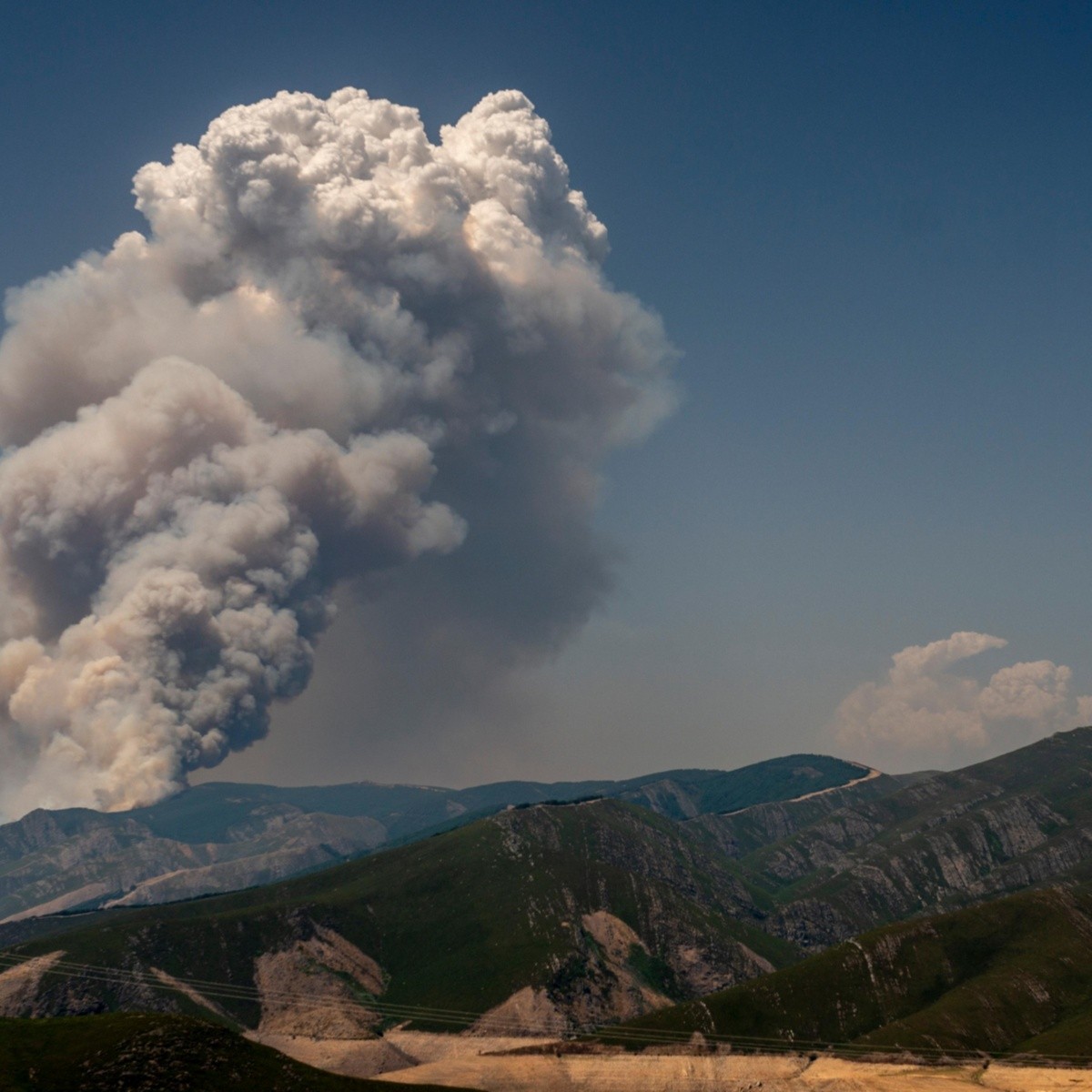 Madrid.- Most wildfires that devastate Spain are stabilized, although active, like that of the Atlantic island of Tenerife, while the famous Romanesque Benedictine monastery of Santo Domingo de Silos (11th and 12th centuries), in the province of Brugos (north), is safe from the flames

The fire that started on Sunday in the town of Quintanilla del Coco (Burgos) is not controlled, but both the monastery, the cradle of Gregorian chant in Spain, and the giant sequoia located behind the monastery and the convent of San Francisco, “they are intact“, according to the regional government of Castilla y León.

The fire has affected some 3,000 hectares of wooded masscereal and urban areas, and forced the evacuation of five hundred people from six municipalities, including Santo Domingo de Silos, including the monks of the monastery.

The spread of the fire has been favored by a wave of intense heat and strong, shifting winds.

The largest of these fireslocated in the north of Tenerife, which was probably provoked, has entered a stabilization phase, although it may revive, according to the regional administration of the Canary Islands (Atlantic).

After extinguishing work Last night, the burned area remains at 2,700 hectares, and its perimeter is 27 kilometers.

The points of most concern are located in the area of ​​the Teide National Park, where the environmental damage would be significant, and in Tigaiga, a very steep area where it is highly dangerous to work because it is almost vertical.

The region of Castilla y León (central north) continues this Monday to be a the most affected by the fires in Spainespecially in three provinces: Burgos, Ávila and Zamora.

In the first case, the fire was caused by the use of machinery during prohibited hours, and intentionally the other two, according to the indications.

The fire in San Juan de la Nava (Ávila) has destroyed some 4,500 hectares; and that of Losacio (Zamora) forced the eviction of several towns.

In León, another province in the same region, the fire swept a surface approximately 1,435 hectares for seven days.

In Galicia (northwest), seven forest fires are still active in the provinces of Lugo and Orense, totaling 30,465 devastated hectares, while another four could be extinguished.

The Vilariño de Conso (Orense) fire has burned 6,500 hectares and affects the Invernadeiro natural park, while the Carballeda de Valdeorras fire has stabilized, with more than 10,000 hectares charred.

The fires of the last two weeks have burned one hundred thousand hectares of forest in Spain, more than all that was lost for the same cause in 2021, according to data from the European organization EFFIS based on satellite images.


Normalist run over, his classmates set fire to truck