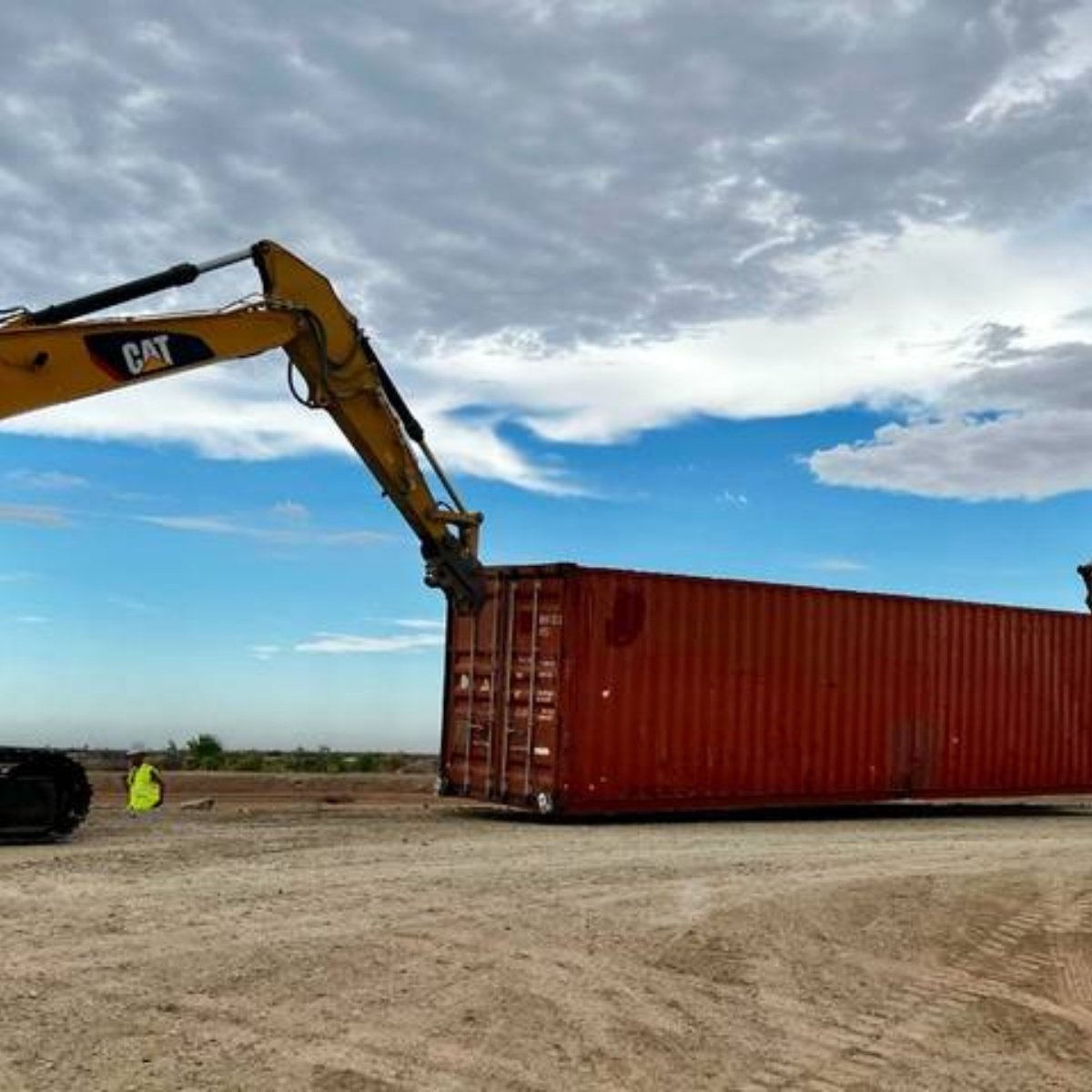 As a measure to counteract the flow of migrants irregular towards USAthe governor of ArizonaDoug Docey, ordered to cover the holes in the northern border with containers reinforced with barbed wire, to prevent the passage of foreigners to that state.

For these actions, 60 double-stack containers were used to cover a thousand-foot zone. This operation cost approximately six million dollars. This would be a response to the immigration policies of the president of the United States, Joe Bidenwho has not commented on it.

As reported in AmericanPost.News, in recent days it was announced that another migrant caravan is being prepared that will depart from Chiapas, in southern Mexico, heading for the northern border, to try to cross into the United States. This crowd was baptized as “the caravan of independence”.

They don’t want migrants in Arizona

This order, issued by the Arizona government, arose after President Joe Biden announced the suspension of the “Stay in Mexico” program, which was created during the mandate of donald trumpto discourage migrants from seeking asylum in the United States.

The containers began to be placed on Friday morning in the space of a thousand feet in the border wallnear Yuma and expect it to be completed by the weekend. The 8,800-pound, 9-by-40-foot containers will be welded together and closed, reaching a height of 22 feet.

It should be noted that migration issues have raised controversy on the border with the United States, since previously the government of Texas gave permission to the border police to make arrests of migrants who are irregularly in this entity, a measure that was criticized.

It may interest you: Joe Biden suspends the immigration program “Stay in Mexico”

They rescue a dehydrated migrant

Mexican authorities announced that a migrant of Venezuelan origin was rescued after suffering severe dehydration in Coahuila, while on his way to the border with the United States.