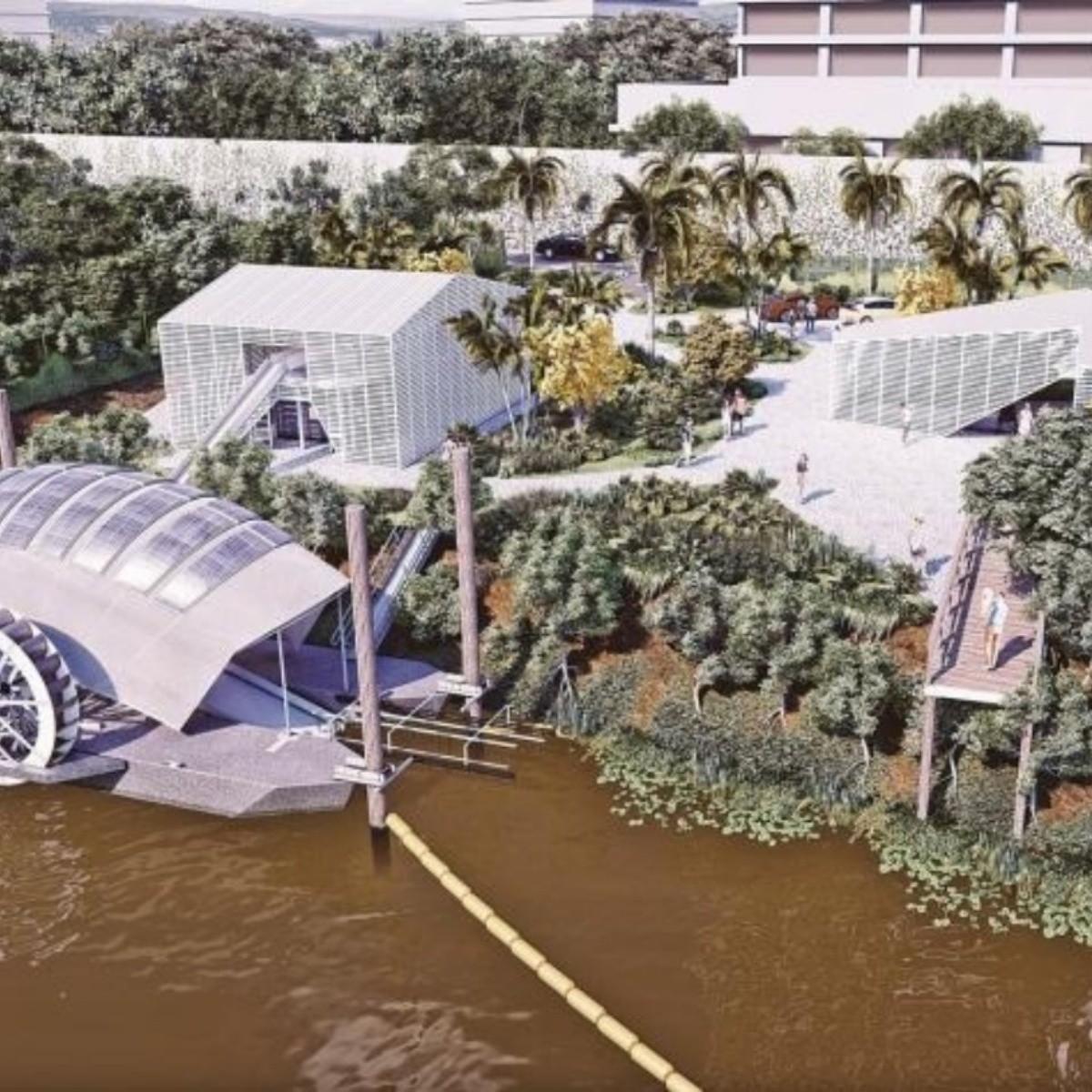 Plastics, cans and even bags full of trash organic are some of the rwaste that floats daily through the opaque waters of the Juan Díaz Riverone of the most polluted in Panama City, and that, now, can be caught and recycled by Wanda.

Wanda, an acronym for Wheel and Action, is the first completely sustainable wheel in Latin America and the Caribbean that collect floating garbage from the riverpreventing it from reaching the Bay of Panama.

“The final intention is to recover what can be given to give it a second life, and what cannot be deposited in the correct way,” the executive director of the Panamanian NGO Marea Verde, Sandy Watemberg, who brought the project to the Central American country.

The Juan Díaz River is one of the main tributaries that crosses the Panamanian capital, surrounded by a protected area of ​​mangroves -an ecosystem of vital importance for flora and fauna due to its protective factor against erosion and storm surges- that serve as a home for many types of birds.

“It is one of those that flows into the Bay of Panama and one of the most contaminated is by the garbageWatemberg lamented, but stressed that there is “great biodiversity” and “endless life in this river.”

Marea Verde, which has experience in floating waste collection projects, obtained the funds to bring this first automatic garbage collection system to the region through a competition between the Benioff Oceans Initiative and the Coca-Cola Foundation.

The origin of the idea lies in Baltimore, a city in the state of Maryland (USA), by the American engineer Jonh Kellet, who built “Mr. Trash Wheel”, a nice wheel with googly eyes.

The NGO operates in another river in the capital with the “Bob” system, a floating barrier that trapped approximately one hundred tons of garbage in a year and a half, however “there is no real number or study” of the amount of waste in the flows of Panama, according to Watemberg.

It works with renewable energies

With the help of “Bob”, Wanda catches the floating waste and lifts it using the wheel until it is taken to a platform equipped with “high quality technology” to separate “what can be recycled and what cannot. In this way we will take advantage of the waste “Watemberg explained.

Wanda works with two types of renewable energies: hydro and solar. It has a semi-oval shape that allows photovoltaic energy to be collected through solar panels.

“The force of the river will give energy to start the device and in case there is not enough energy from the water, it will collect it from the sun,” he added.

Wanda “has other components”, one scientific and the other social, Watemberg pointed out, and explained that through artificial intelligence cameras it will be possible to obtain all the information on what is being collected.

The data collected will allow Marea Verde “to create a baseline and propose public policies” on the environment.

“And work with the community, (because) neither Wanda nor BoB are the long-term solution, we need people to change their habits, to dispose of waste the right way, to start recycling,” he explained.

“We will work with the surrounding communities to understand what the realities, obstacles and alternatives are so as not to have to use these technologies and have a clean river,” he said.

In this way, Wanda is in line with three of the 17 UN Sustainable Development Goals, 13 that refers to action for the climate, 14 that refers to underwater life, and 17 – the last one – that advocates creating alliances for other goals.