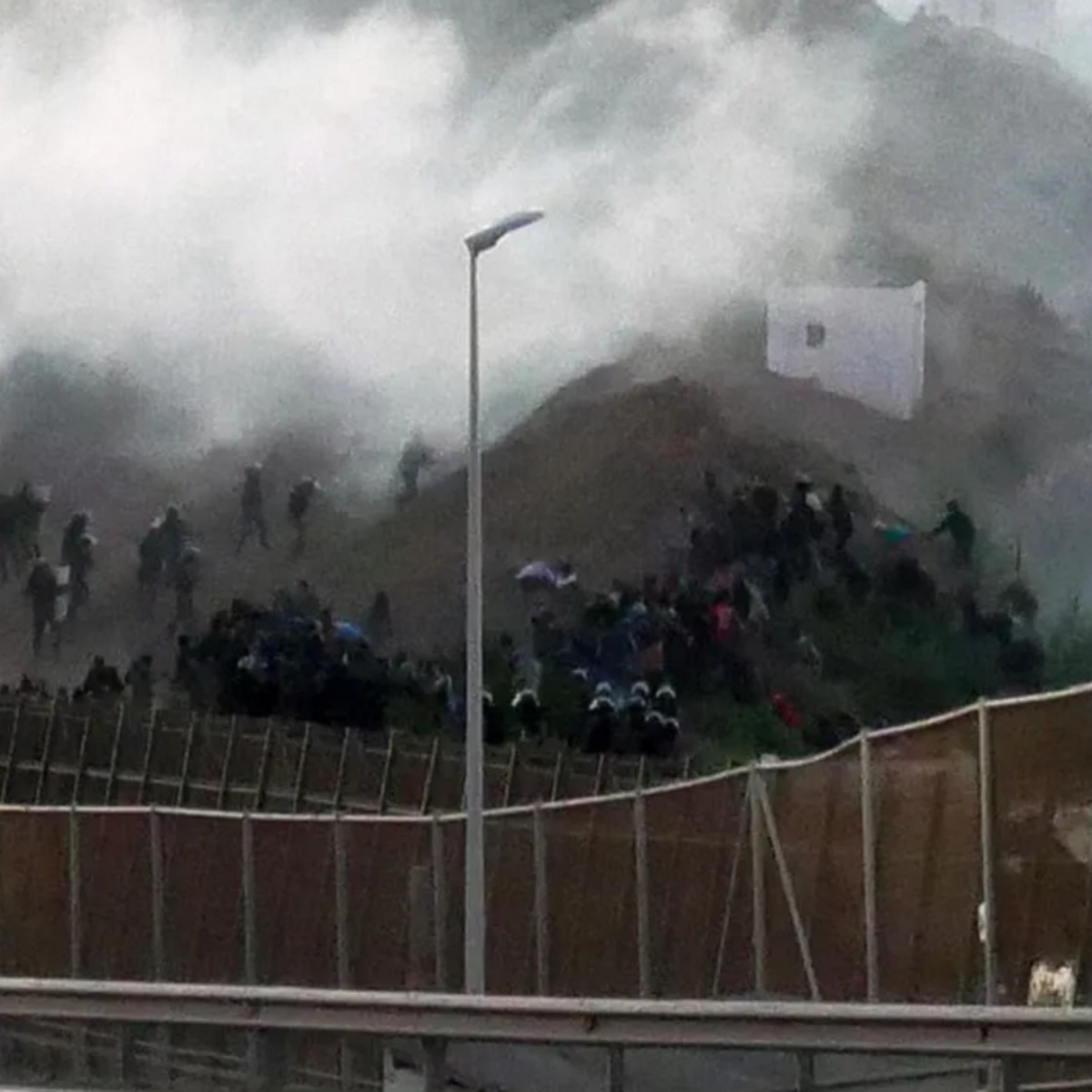 human rights organizations Spain Y Morocco have asked both countries to investigate the deaths of at least 18 migrants and wounding dozens more during attempts to scale the border fence that surrounds the territory of Melilla, spanish enclave in the north of Africa.

Moroccan authorities said the deaths occurred on Friday when a “stampede” of people tried to scale the iron border fence separating Melilla and Morocco. Morocco’s Interior Ministry said 76 people were injured along with 140 Moroccan security agents.

The deaths occurred on Friday during a migrant “stampede”

Five rights organizations in Morocco and APDHA, a human rights group based in the Andalusia region of southern Spain, have called for investigations into the violence.

In a statement published on Saturday, the Spanish Commission for Refugees, CEAR, denounced what it described as “the indiscriminate use of violence to manage migration and control borders” and expressed concern that violence has prevented people with right to international protection arrive in Spain. I usually.

As we mentioned in AmericanPost.Newsthe Catholic Church in the city of Malaga, in southern Spain, also expressed its dismay at the events.

“Both Morocco and Spain have chosen to eliminate human dignity at our borders, maintaining that the arrival of migrants must be avoided at all costs and forgetting the lives that are torn apart along the way,” he said in a statement written by a delegation from the diocese that focuses on migration in Malaga and Melilla.

The Moroccan Association for Human Rights (AMDH) demanded a “thorough, rapid and serious investigation to determine responsibilities and deficiencies”, and warned against burying the bodies of the deceased until their deaths have been duly investigated.

��| �� Very harsh images of the violent massive jump to the border fence of #Melillawhere several agents of the #Civil Guard.

Situation that will repeat because the executive continues without taking measures to protect our borders.#EquiparacionYa29Y30 pic.twitter.com/JvXD2IwwF1

“They stood there unaided for hours, adding to the death toll,” the human rights group said on Twitter.

In a statement issued on Friday night, Amnesty International expressed its “deep concern” about the events at the border.

“The human rights of migrants and refugees must be respected and situations like the hearing cannot happen again,” said Esteban Beltrán, director of Amnesty International Spain.

The President of the Spanish Government, Pedro Sánchez, described the Melilla stampede as an attack on the “territorial integrity” of Spain.

Sánchez told reporters in Madrid on Saturday that “if anyone is responsible for everything that happened on the border, it is the mafias that traffic in human beings.”

Spain, a magnet for migrants

Melilla and Ceuta, Spain’s other North African enclave, have the European Union’s only land borders on the African continent, making them a magnet for immigrants.

Friday’s attempted mass migrant crossing was the first since Spain and Morocco repaired relations after a year-long dispute over Western Sahara, a former Spanish colony annexed by Morocco in 1976.

The dispute had started when Madrid allowed Brahim Ghali, leader of the Western Saharan pro-independence Polisario Front, to be treated for Covid-19 in a Spanish hospital in April 2021.

Rabat wants Western Sahara to have autonomous status under Moroccan sovereignty, but the Polisario Front insists on a UN-supervised self-determination referendum, as agreed in a 1991 ceasefire agreement.

A month after Spain allowed Ghali to be treated in a Spanish hospital, some 10,000 migrants crossed the Moroccan border into the Spanish enclave of Ceuta as border guards looked the other way, in what Rabat saw as a punitive gesture.