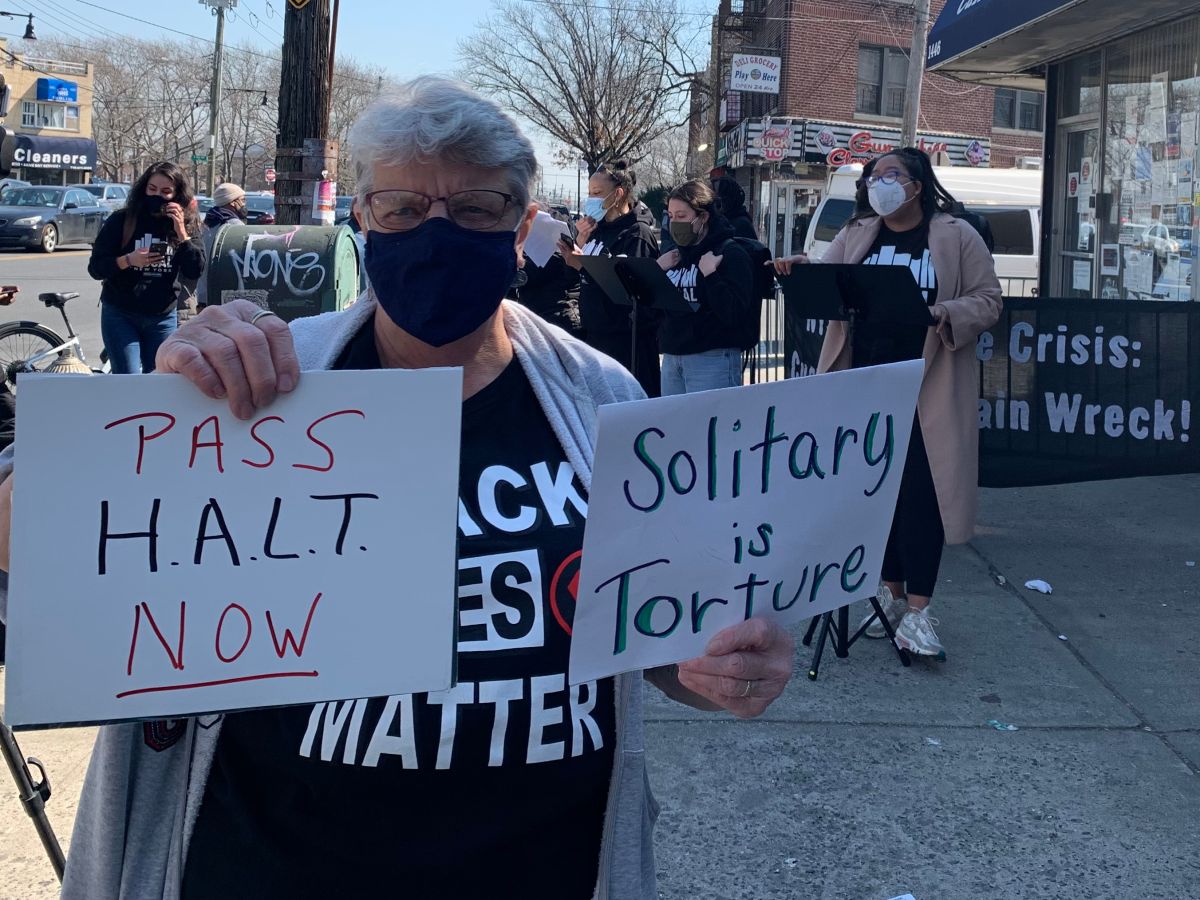 The punishment and extreme abuse of inmates with mental health needs have reportedly become bread and butter in the calls Residential Mental Health Units (RMHU) in several state jails of New York, where this type of inmate, instead of receiving treatment, suffers acts of severe isolation and other measures, even more punitive than in others facilities of the prison system.

This is denounced by a recent report presented by the coalition “Halt Solidarity Campaign and Mental Health Alternatives to Solitary Confinement (MHASC)”in which they point to the implementation of long-term abusive practices and severe punishments of people with mental needs, which disproportionately affect black and Latino inmates.

The report, which analyzed disciplinary records of the New York Department of State Prisons (DOCCS) since January 2017 to May 2019highlighted that the alleged acts of abuse took place in prisons that manage different types of therapeutic options for inmates with mental conditions, but the isolation resource was used mostly, when violent or aggressive behaviors were scarce.

The study of the data found that the 81.7% of people with disciplinary actionss put on the Residential Mental Health Treatment Units were black or Latino, compared to 69.5% in nondisciplinary mental health units; 72.3% across all DOCCS prisons and just 37% in the state as a whole.

Isolation punishments for non-aggressive behaviors indicated, according to the report, a potential abuse of prison staff and treatment units and counterproductive punishment. And the types of charges imposed were seen as abuse and excessive punishment for manifestations related to mental health needs.

Likewise it was revealed that 94% of disciplinary hearings in Residential Mental Health Treatment Units (RMHTUs) ended in a guilty plea, and some RMHTUs had rates of guilt up to 98.4%.

On the other hand, the report found that 64% of all disciplinary sanctions for people in the RMHTU were for non-violent conduct and the most frequent sanctions were for allegedly disobeying a direct order (15.2%), create disturbances (11.6%) and interfere with the personal (10.3%).

Senator Julia Salazar, president of Committee on Victims of Crime, Misdemeanors and Correctionsof the State Senate was alarmed by the scenario faced by hundreds of inmates with mental conditions, who do not receive the treatment they need, and instead are put in isolated cells, worsening their condition.

“It is deeply concerning that some of the most vulnerable members of our community are subjected to extreme punishment and abuse in our state prisons,” the Brooklyn lawmaker said. “The report documents what we have known for a long time: prisons and jails are not places for people with mental health needsl”.

The political leader again expressed the urgent need for people with mental problems to receive treatment not punishment behind bars, which do not contribute to any improvement or rehabilitation, and demanded action from Albany.

“The state legislature must pass the ‘Treatment, Not Jail Act’, as a critical step in ensuring that people with mental health needs receive the supports they need instead of the punishment and abuse of incarceration,” the senator said. “At the same time, the recently enacted HALT Solitary Confinement Act provides state prisons and jails with an opportunity for a fundamentally different approach to all individuals who remain in their care and custody.”

Senator Jessica Ramossponsor of the Treatment and not Jails bill, stated that the findings of the report presented are further proof of the conditions that inmates suffer within the state prison system that require treatment.

“The data presented to us in this report puts into writing what I have seen firsthand during my many visits to jails and prisons throughout New York State: no one’s mental health is cared for or improved in these facilities,” said Senator from Queens. “We simply cannot continue to punish and isolate New Yorkers with mental health issues and expect different results; Not only is it uncompassionate, it’s also unscientific.”

In his report, the MHASC coalition also recommended that the State of New York change incarceration measures for people with extreme mental health needs, and asked that confinement in prisons and penitentiaries not be the resource to handle their cases, but instead be implement treatments.

the assemblywoman Phara Souffrant Forrestwho promotes the law for the treatment of inmates with mental conditions, in the lower house, warned that the report makes it clear that ignoring, punishing or locking up people who suffer from a mental health crisis can only serve to exacerbate these problems.

“This report presents information and analysis that goes to the heart of our current public health crisis, in which we see a systematic failure of our State to provide adequate treatment options for people with functional impairments,” the policy commented, limiting the urgency. that greater investment be encouraged to make communities healthier and safer.

“Right now, our society simply lacks the tools it needs to address this vital issue, and until we create a system that takes people out of the criminal legal system and puts them on the path to real treatment, our overall crisis public health can only get worse.” Souffrant Forrest said.

jack beckcorrections expert and defender of the rights of inmates, described as “outrageous and a tragedy” that inmates with serious mental health needs are placed in therapy units where contrary to that principle they are treated in a punitive manner, even worse than in other locations in the prison system.

“Both DOCCS and the New York State Office of Mental Health must drastically alter their approach to caring for these individuals or release them into the community where they can receive appropriate treatment. Anything less is torture,” warned the activist.

The report also cited intern Jamahl Clarke, who has been incarcerated in the Behavioral Health Unit (BHU) and who, after experiencing abuse and abuse firsthand, demanded changes in the approach to treating inmates with mental conditions.

“BHU is a cheat place. If they want [llenarte] With time, that’s where they send you. They will do their best to force your hand to [llenarte] with time with all his abuse of brutality, “said the inmate. “I represent a particular class of mental health [personas en prisión] subjected to cruel and unusual punishments, and other torments and antagonistic oppositions, while elevating our humanity and maintaining our dignity to the best of our ability. They are able to get away with mistreatment and torture of [personas en prisión]“.

Given the report that Residential Mental Health Units (RMHU) are being used to punish or abuse incarcerated people, New York State prison authorities rejected these allegations and said they are committed to defending the health of inmates and staff.

“Suggesting that the Department uses Residential Mental Health Units (RMHUs) to punish or abuse incarcerated mentally ill individuals undermines the hard-working staff dedicated to the specialized treatment of these individuals,” the DOCCS said. , it’s a statement.

“The Department (of Corrections) takes the physical and mental health of incarcerated people very seriously and is committed to providing the community standard of care to every person in DOCCS custody, while maintaining the safety of all individuals. people within the correctional setting, including staff, incarcerated individuals, visitors, and volunteers,” they added.

The DOCCS added that all inmates in RMHU units receive properties, services and privileges similar to those confined in the general population and mentioned that the multidisciplinary treatment team evaluates and determines the incentives, the behavior-based restrictions that it imposes an unreasonable risk to the safety and security of others.

They also stated that the personnel working in the RMHU receives eight hours of training per year about the types and symptoms of mental illness, the goals of mental health treatment, suicide prevention, and how to effectively and safely manage people with mental illness.

Recommendations enacted in the report