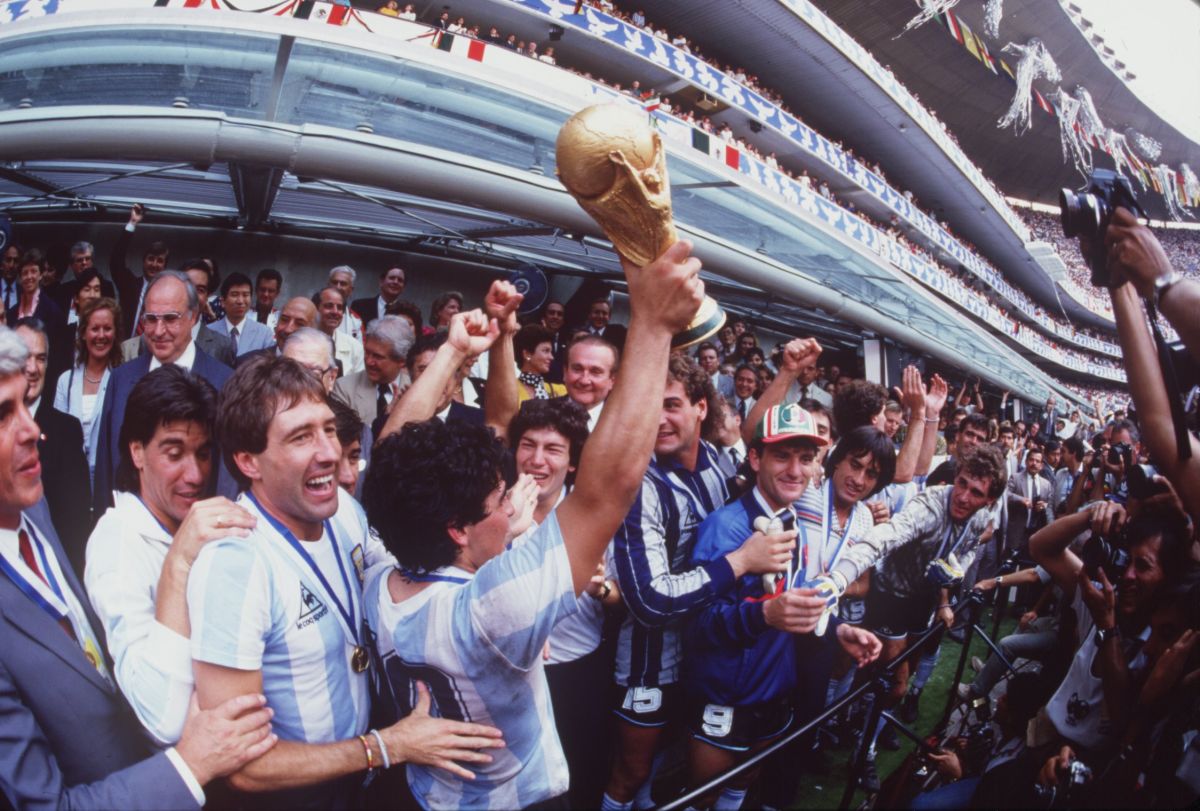 Anecdotes, stories, memories and some of the main emblems of the Argentine team, world champion in 1986 met this Thursday in an emotional tribute to Diego Armando Maradona, one year after his death, in a conference organized by Conmebol in Montevideo.

“I’ll stick with what he was, beyond the genius of a player, Diego had a gift that passed through the footballerYou saw him doing pirouettes in 86, he hit him 30 meters up and we looked like children who were in a circus watching an acrobat, ”emphasized his former partner and multiple champion Jorge Burruchaga.

For the idol of Independiente de Avellaneda, Maradona was “from another planet”, who lived both on and off the field “in his own way” and left them “very early.”

“He made us happy and he was the happiest of all, he needed to be world champion.. It still seems incredible to us (that he is not there). I continue to stay with that genius who left us many lessons, many joys and a legacy not only in Argentina and South America, but in the world, because Diego will remain as a myth “he mused.

Along with him, some of his teammates also participated in the World Cup in Mexico: the exporter Nery Pumpido, former defender Oscar Ruggeri and former midfielders Sergio Batista and Ricardo Giusti.

Ruggeri said that it is “fortunate” for Argentina that 10 was born there and that the rest of the players only accompanied “this great captain.”

“He arrived in Mexico and said: ‘I’m going to lock myself up, I’m going to train all day, you are going to help me and we are going to make it to the last day,'” recalled the former Boca Juniors, River Plate or Real Madrid defender regarding what was that world historic won by Argentina.

Pumpido was one of those who showed his emotion the most when referring to the Argentine star, and before speaking he broke down in tears.

He later recalled that “I was happy with the simplest things” and he narrated the happiness that Maradona caused when Pumpido’s daughter, on her 15th birthday, gave him a flower.

“That was Diego, a guy who was the best in the world out there, the one who couldn’t walk down the street. Aside from how big it was, it was easy to enjoy things with us (…) we are going to keep him in our memories for a lifetime, someone who was number 1, the best of all ”, he stressed.

The president of the South American Football Confederation (Conmebol), the Paraguayan Alejandro Domínguez, led the tribute and said that Maradona’s story of overcoming adversity is what inspires all of South American soccer.

“Today we have to be without Diego. It was inspiration and it will continue to be inspiration for generations of girls, boys and those of us who love and are the football family ”, he highlighted.

What’s more, rescued “self-criticism” from Maradona when he admitted that he was wrong and coined his famous phrase: “The ball does not stain.”

Read also:
– Tribute to the eternal captain: Maradona received an emotional tribute from two old colleagues [Video]
– “The first year of the rest of our lives”: the best leagues in the world surrender to Diego Maradona [Videos]
– Leo Messi remembers Maradona after a year of his death: “I have a strange feeling” [Video]