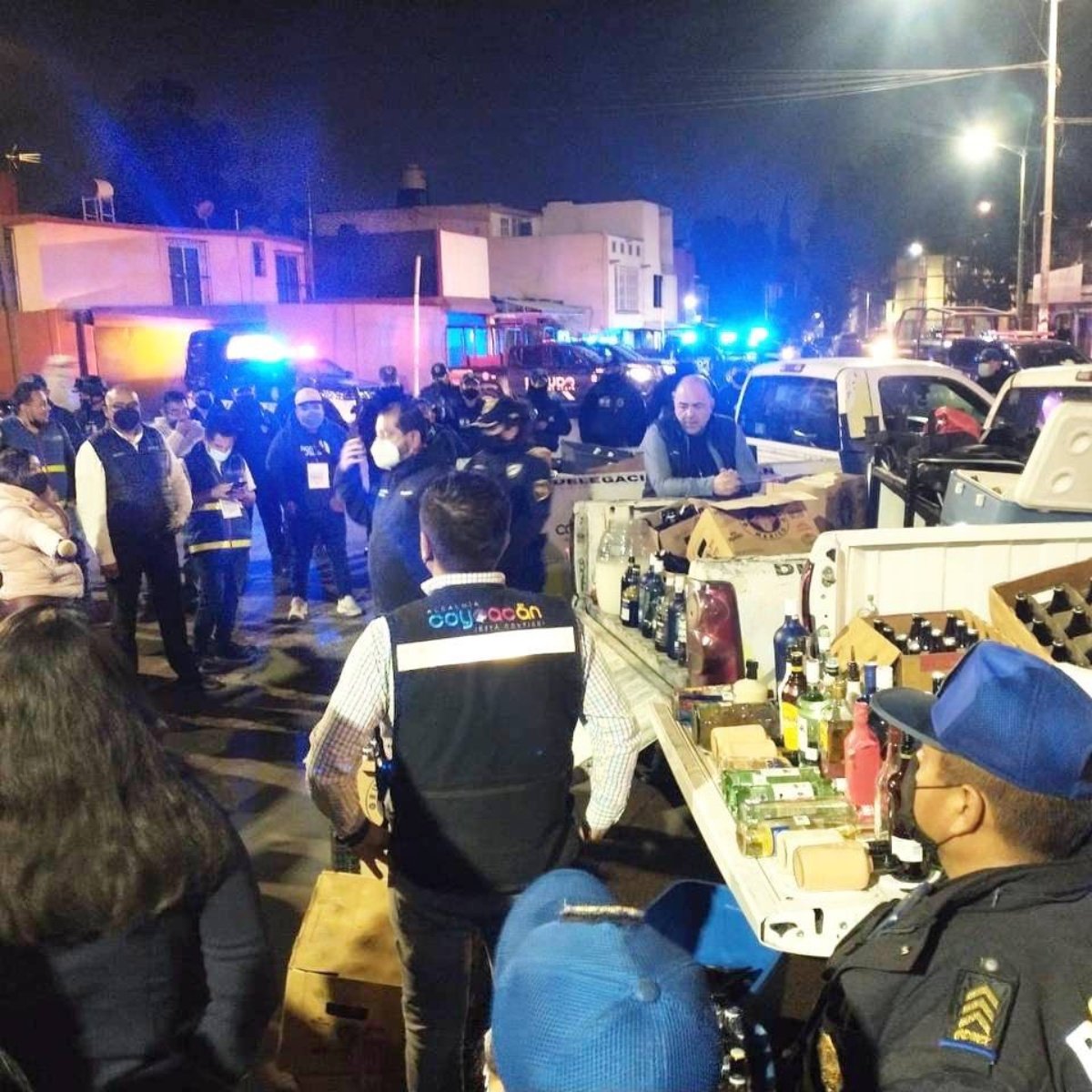 Mayor’s authorities Coyoacan carried out a review operation to close the points known as chelerías, where alcohol was sold without authorization on public roads or commercial premises.

In the company of 60 elements of the police and 20 representatives of the mayor’s office, 16 chelerias were dismantled and the owners or operators were urged to carry out the corresponding procedures for the sale of alcohol in its various forms.

During the tours that took place in the CTM units in the Culhuacanes area, two places enabled for the sale of alcohol were closed. One of them had an aesthetic facade and the second was a parking space that functioned as a canteen with a bar, chairs and tables for diners, music and different types of bottles with alcoholic beverages.

In a video broadcast by the mayor’s office on social networks, police elements are observed dismantling these premises, while chairs, tables and boxes of alcoholic beverages are raised in various presentations.

The municipal authorities considered that the chelerías are red lights that generate violence, since after the ingestion of alcohol, other situations of people injured by firearms, knives and fights are generated.

Another area that has been talked about on the subject of chelerías is the Tepito neighborhood, in the Cuauhtémoc mayor’s office in Mexico City, especially due to the massive events with alcohol and drugs during the health contingency.

In 2019, the mayor’s office reported that 75% of the chelerias in the center of CDMX sell drugs, while until that year there were 400 of these establishments known throughout the capital.