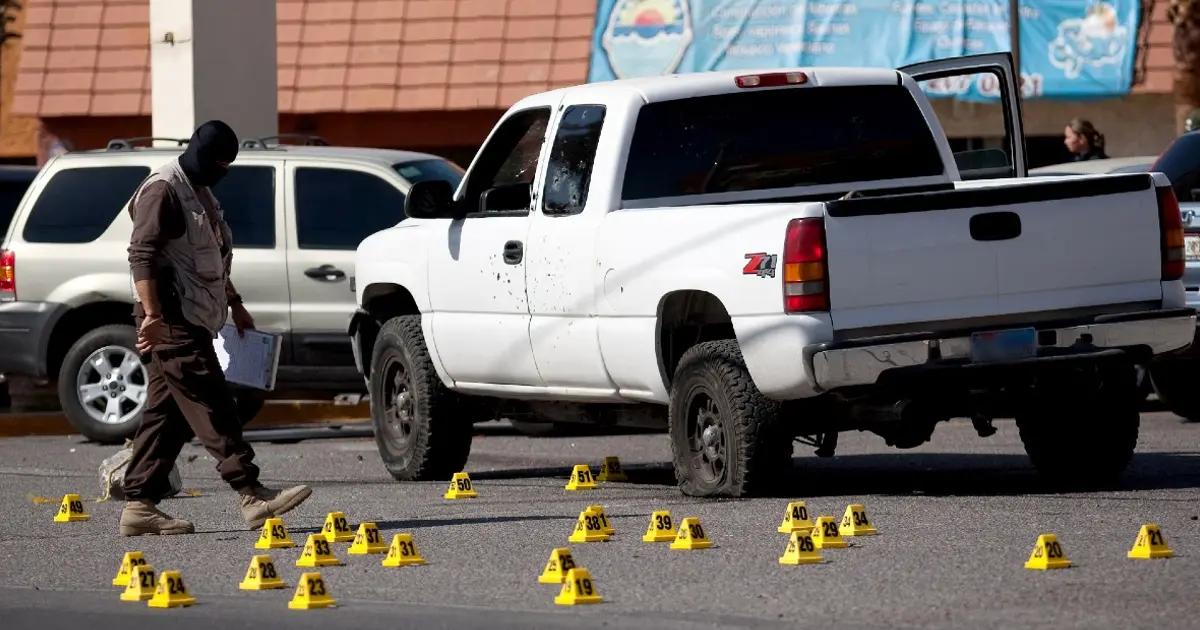 People involved in organized crime pay for their actions with jail time or their own lives as recently happened to Oscar Eduardo Vargas Romo, alias “El Negro.

He is a bloodthirsty criminal leader who, years ago, led the Cartel del Valle in Juarez, Chihuahua, and to whom more than 200 executions were attributed in that border area.

Just a week after his release from prison, Vargas Romo was executed in the parking lot of a shopping mall in Ciudad Juarez when a woman accompanied him.

Although the identity of the victims was initially unknown, authorities later confirmed that “El Negro” had a long criminal record that included the massacre in the community of Loma Blanca, Chihuahua, where ten people were gunned down.

It should be noted that this was not the first attempt against the criminal leader, as in 2015, the same organization he worked for tried to assassinate him after an alleged betrayal.

Although he managed to save his life on that occasion, he suffered injuries for which he had to be hospitalized, leading to his arrest.

According to the investigations carried out by the intelligence groups of the Chihuahua State Attorney General’s Office, Oscar Eduardo Vargas Romo took control of the criminal group after its leader, Gabino Salas Valenciano, alias “El Ingeniero,” was killed in 2013 when he confronted authorities to prevent his arrest.

During those two years at the helm of the organization, “El Negro” dedicated himself to drug trafficking and ordered the death of those who disobeyed his instructions or were opposed to his criminal group.

Testimonies from more than 15 people arrested who were part of his criminal structure, among them his chief assassin, Mauricio Luna Aguilar, alias “El Papacho,” reveals that Vargas Romo ordered the death of more than 200 people in the municipalities of Juarez, Guadalupe Distrito Bravos and Praxedis G. Guerrero.