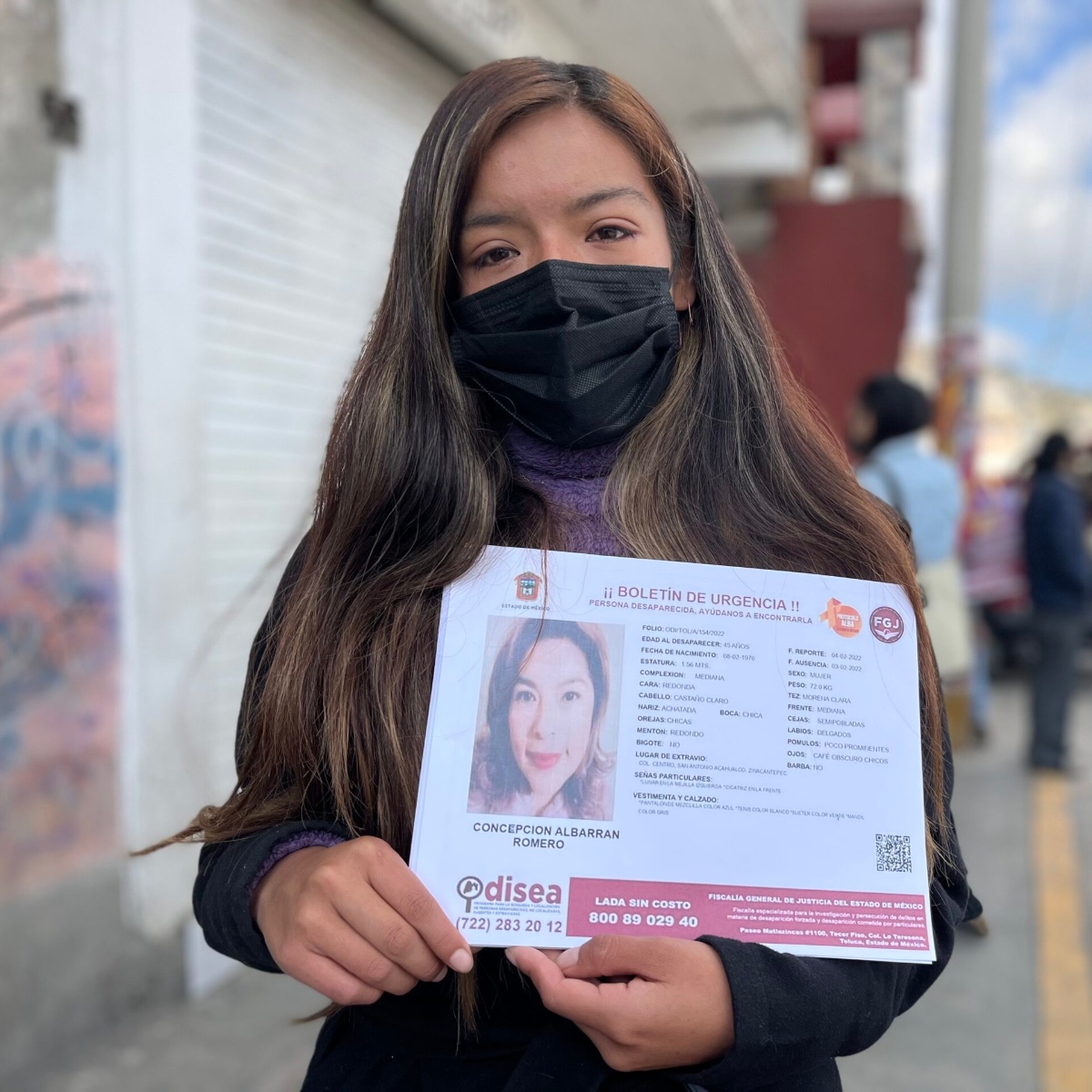 After six days of searching, Concepcion Albarran Romero was located and is in the facilities of the Mexican Prosecutor’s Office waiting to be reunited with his family.

Jenny AlbarranCony’s eldest daughter, reported in a telephone interview that she was able to talk to her mother and found her fine.

This case is added to the few cases of disappeared women that they have returned home safe and soundOne of the most recent was the case of Dayri, a woman who disappeared on her way to a shopping center in Cancun.

Concepción Albarrán, nicknamed ‘Coni’ by her relatives, who was sought by her daughters in the State of Mexico since February 4 of this year, was found alive and in good health.

“Thank God we already found her and I was able to talk to her” the young woman said briefly.

The region’s Attorney General’s Office detailed through its Twitter account that the 45-year-old woman was absent voluntarilyso the search alert Odyssey It was deactivated after its location.

after disappearing in the municipality of Zinacantepechis family began to search with friends and acquaintances, in addition to viralize the case in social networks to reach more people with the aim of get information.

The #Prosecutor’s OfficeEdoméx reports the location of Concepción Albarrán Romero, in good health. The proceedings indicate that she was not the victim of any crime and her absence was voluntary, so once located, the search mechanisms are deactivated. pic.twitter.com/r74zI5df9G

Concepcion Albarran Romerowho went out of his business to make the necessary purchases for your local.

The woman did not arrive at its destination or return to its establishmentso his relatives began to worry.

since last sunday collective searches began in which they participated neighbors, relatives Y students. This Wednesday was the fourth day of searching, until it was confirmed that Cony was located.

Data from the National Registry of Disappeared and Non-Located Persons of the National Search Commissionindicates that from January to December 2021, in the state of Mexico they were found alive two thousand 390 peoplethis out of a total four thousand 105 disappearances in the same period.