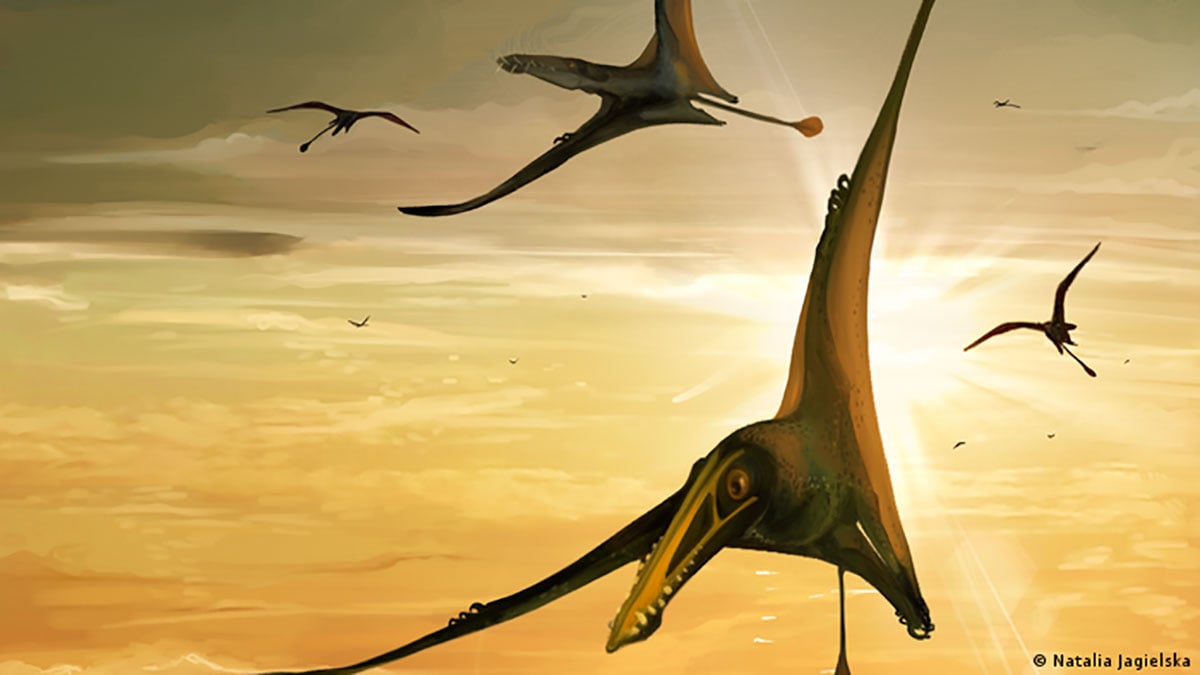 Argentine scientists discovered a new species of a huge flying reptile nicknamed thanatosdrakon amaru –or the Deity (Amaru) “Dragon of Death” (Thanatosdrakon)– who lived 86 million years ago alongside the dinosaurs, in a finding that sheds new light on a predator whose body was as long as a school bus.

The fossil bones of this flying reptile were found in rocks from the late Cretaceous Period, and were found and preserved in a rescue procedure carried out during civil works.

The fossil remains, which are exceptionally well preserved, belong to the axial skeleton (vertebrae) and the appendicular skeleton (bones of the fore and hind limbs) of two specimens.

“Pterosaurs (flying reptiles) were a very unique group of animals that lived from the Triassic to the Cretaceous and represent the first vertebrates to acquire the ability to actively fly. They are usually confused with dinosaurs, a closely related group,” says Dr. Leonardo Ortiz, head of the excavation and postdoctoral fellow at the National University of Cuyo, in a statement.

After years of research, the team was able to determine that the remains studied correspond to a new species of pterosaur because the bones have unique characteristics never before seen in other pterosaurs in the world. Phylogenetic analyzes allowed to define that thanatosdrakon belongs to the clade Azhdarchidaea group of pterosaurs from the Late Cretaceous of which the famous Quetzalcoatlusthe largest pterosaur in the world.

“Another relevant aspect is the state of preservation of the fossil remains, since it is unusual to find numerous large pterosaur bones in a good state of preservation. This aspect is crucial, since thanatosdrakon it preserves elements never before discovered in other giant azhdarchids”, explained Ortiz. This made it possible to make interpretations about the anatomy of these animals, which stand out for being the largest vertebrates that ever flew on Earth.