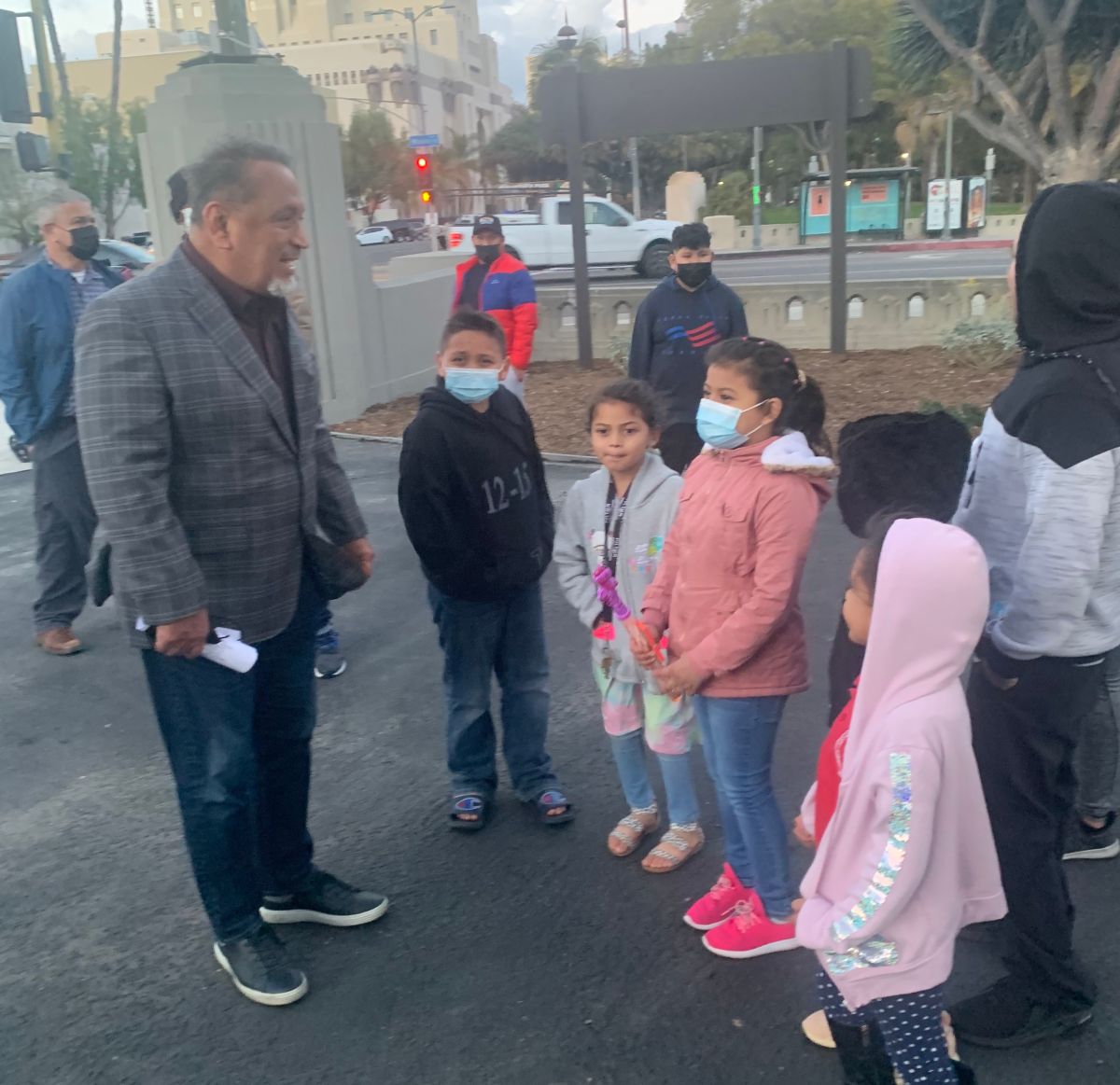 Finally, after years of neglect, the time has come for the lake in historic MacArthur Park. Councilman Gil Cedillo and the Department of Recreation and Parks teamed up to give it a tremendous boost by renovating it and making the long-overdue improvements.

So when visitors arrived at the site this morning, they were surprised to see an area that was previously dirty and full of homeless and addicted people, completely remodeled and cleaned.

For the first time in years, walking around the lake became a pleasant and beautiful experience.

The lake section of the historic MacArthur Park was reopened to the public on Tuesday, February 22, after 4 months of closure, allowing its rehabilitation and improvements with an investment of $1.5 million.

“I am proud to reopen MacArthur Park Lakeside after we managed to clean it up and make it safer,” said Councilman Gil Cedillo, who pushed for the renovation of the 19th-century-established park.

He noted that they made extensive improvements to the grounds and the park in general, with actions such as the trimming of 133 trees, the planting of 60 trees, 125 new plants and shrubs, the installation of 276,000 square feet of grass, as well as a new system irrigation system with 556 sprinkler heads and 18,000 feet of linear tubing.

“We also put in new lighting with 26 upgraded LED lights, 75,000 square feet of new asphalt walkways, repaved the parking lot and painted new games on the floors for the kids. We also install benches and planters”.

Councilman Cedillo said that with all these works, they managed to make MacArthur Park a cleaner, safer and more protected place.

But they will also offer an extensive program of daily activities with the intention of turning it into a new recreation space.

The Department of Recreation and Parks along with non-profit organizations El Centro Del Pueblo, Volunteers of America and Korean Youth + Community Center (KYCC) will be in charge of scheduling activities.

To know the calendar of activities in the park, you should contact [email protected]

The councilman invited everyone to enjoy the MacArthur Park Lakeside.

“It is a Westlake gem where everyone can enjoy its beauty and participate in the free activities on offer“.

Maintenance and improvements were done by the Department of Recreation and Parks; in agreement with Councilman Cedillo in a joint effort to keep public spaces safe and clean for all.

Starting this week, welcome signs and signs have been put up to direct people to the entrance.

Alfredo Martínez, who lives across from the MacArthur Park lake area, says the park turned out very pretty.

“We had a lot of vandalism and with the pandemic it got worse. This is a family place, not a meeting place for drug addicts,” says Alfredo, who regrets that for decades not only MacArthur Park but the entire surrounding area has been left to fall into abandonment and crime.

“When I bought my apartment in the 70s, it was a beautiful place, we had hotels and shops around the park. Starting in the 1980s, its decline began, with murders, robberies, drug addiction and homelessness.”

Roberto Miranda says that before the rehabilitation, the park was very ugly.

After the renovation, he says that he will go for a walk to the lake with more confidence.

“I only ask the authorities to take care of him and to provide security.”

Maritza Echeverría went with her husband and granddaughter to the park, one day after the reopening.

“Now it is very nice and cleaner. Before, there were many homeless people and I was afraid to come because some of them are very aggressive.”

Maritza only asks the authorities for more surveillance in the MacArthur Park lake area so that families can really enjoy and enjoy without fear of any kind.or.

“The problem is going to be that they let people who use drugs come back. I hope they don’t allow it, or that no one stays to sleep because they carry garbage and leave it here. If they don’t fix that. The work and expense made to fix it will be useless. please take care of the park!”.

What Miguel Flores liked the most is seeing the well-kept lawn they laid and seeing everything more preserved.

“Now if the atmosphere is very nice. Let’s hope they continue to maintain and care for him.”

Although he lives just a few blocks away, Carlos Aldana visited the MacArthur Park lake area for the first time.

“I will return with great pleasure. It’s very pretty,” he says, sitting on a bench, while appreciating the lake against the backdrop of the tall buildings of downtown Los Angeles.

The most important improvements

Regarding maintenance, Councilman Cedillo’s office announced that the Los Angeles Homeless Services Authority (LAHSA) and the organization People Assisting the Homeless (PATH) will assign outreach teams to go to the park and contact the homeless population and offer them services and resources.

At the same time, the organization Volunteers of America will deploy new Peace Ambassadors funded by Council District 1 to educate and mitigate any peacekeeping concerns in the park.

The Recreation and Parks Department will have new uniformed and unarmed security officers in the park every day from late afternoon to early morning.

At the same time, they will help educate the public about park rules and, as needed, enlist the support of rangers. park rangers and the Los Angeles Police Department (LAPD).

MacArthur Park was designated in 1972, a Los Angeles Cultural Historic Landmark; and was originally built in 1880. The surrounding area is one of the poorest in the city, and MS-13 gang territory. In 2021, several attacks on transgender women were reported in the park. It is due to all this climate of insecurity that exists and surrounds the park, that the neighbors welcomed the remodeling of the lake area.