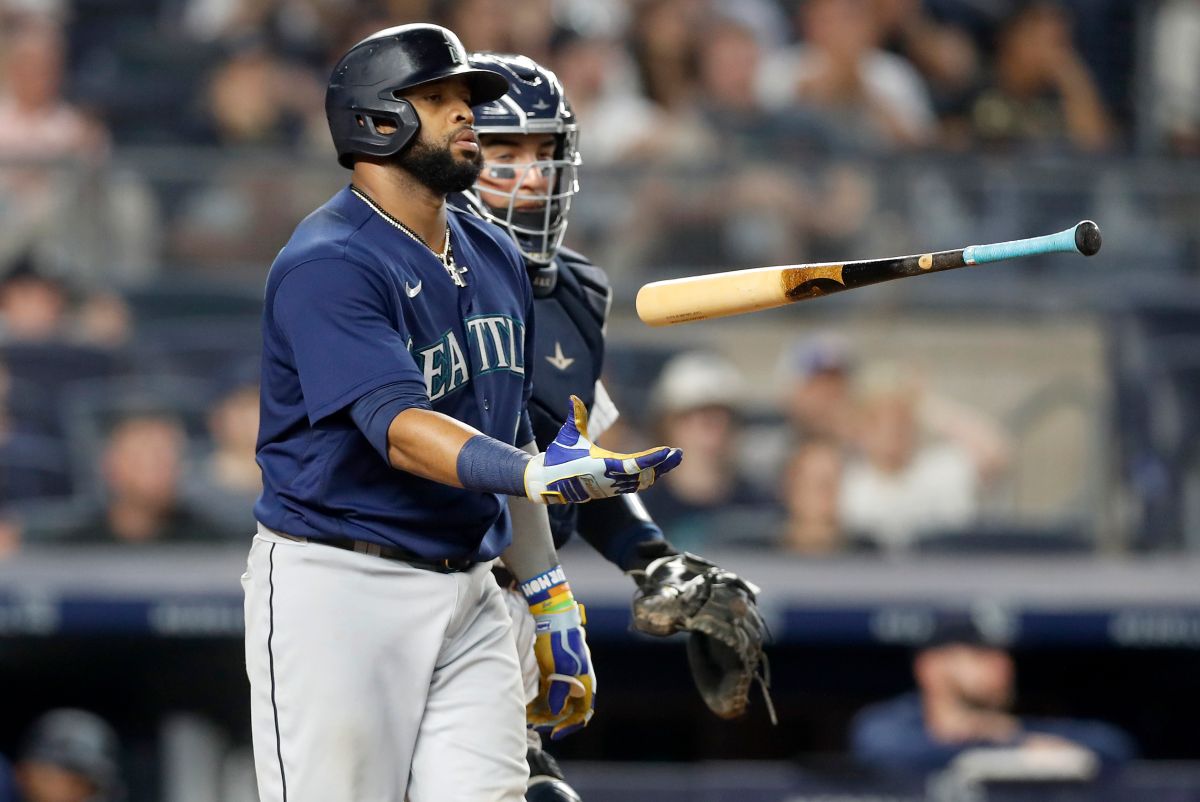 the dominican Carlos Santana was the hero when he hit a two-run home run in the seventh inning as the Seattle Mariners came from behind on Wednesday and could defeat the New York Yankees 4-3 at T-Mobile Park in Washington.

Santana (12) came to the plate with Haniger on the bases and punished Dominican reliever Albert Abreu (2-2) with a shot that went over the center field wall.to turn the scoreboard and with it give the definitive advantage to the Mariners.

Along with Santana’s work, in the sixth inning Sam Haggerty (4) hit a pitch from Cortés that stayed in the strike zone, depositing the ball behind the left field wall to give the lead (1-0) to the Mariners.

In a lost cause Aaron Judge with his 45th home run to drive in the Yankees’ second and third runs in the game and remains the leader of home runs in the Major Leagues.

The win for Seattle went to Penn Murfee (3-0) who threw two-thirds of a run, this despite starter Robbie Ray pitching 6.1 innings of two runs and seven strikeouts to go out without a decision but with a quality start.

with the win, the Mariners won two of the three games they played against the Yankees, who have lost seven of their last eight games and they lost the best record in MLB victories that is now in the hands of the Los Angeles Dodgers (76-33).